Azamara Club Cruises is now just simply Azamara and, with a new name comes a new logo and over 1,700 land program options that will make the cruise line one of the industry leaders in destination immersion.

Azamara, which was founded in 2007, will no longer include the “Club Cruises” moniker on its brand name, a decision Pimentel said reflects the brand’s new focus on being “more than a cruise, it’s a cruise plus a land component.”

Instead, it will be known as simply Azamara, and will feature a new logo that features three elements: The earth, the sea, and a guiding star (which Pimentel said is a reference to Azamara’s namesake, Acamar, which means the brightest star in the southern sky; and the North Star, which has always been used by navigators).

“We wanted something fresh,” Pimentel said. “Simplifying things in a complex world was an important ingredient.”

Starting October 2019, Azamara will offer a catalogue of 1,700 different land programs on its sailings, from pre- and post-sailing options, to mid-voyage options that will take guests off a ship to get a closer look at a destination — experiences that are designed to fully immerse guests and provide them with a “complete way to see the destination, rather than a pit stop.”

“It is seeing the destination comprehensively by providing deeper travel. It’s connecting people to people and people to cultures,” Pimentel said.

To provide the 1,700 different programs, Azamara partnered with some of the world’s most renowned luxury travel companies, from Cox & Kings, which will be responsible for over 75% of the programs; to other niche companies, like Micato Safaris, PerryGolf, Aloschi Brothers, COLTUR Pero, and more.

“We’ve orchestrated all of this with really extraordinary partners. We have on shelf the biggest changes this cruise line will have ever gone through. It’s a transformation true to destination immersion,” Pimentel added.

All of the land programs will include meals, transfers, and tours led by local guides that will be able to provide expertise in geology, nature, wine, astronomy, wildlife, and more, depending on the tour. 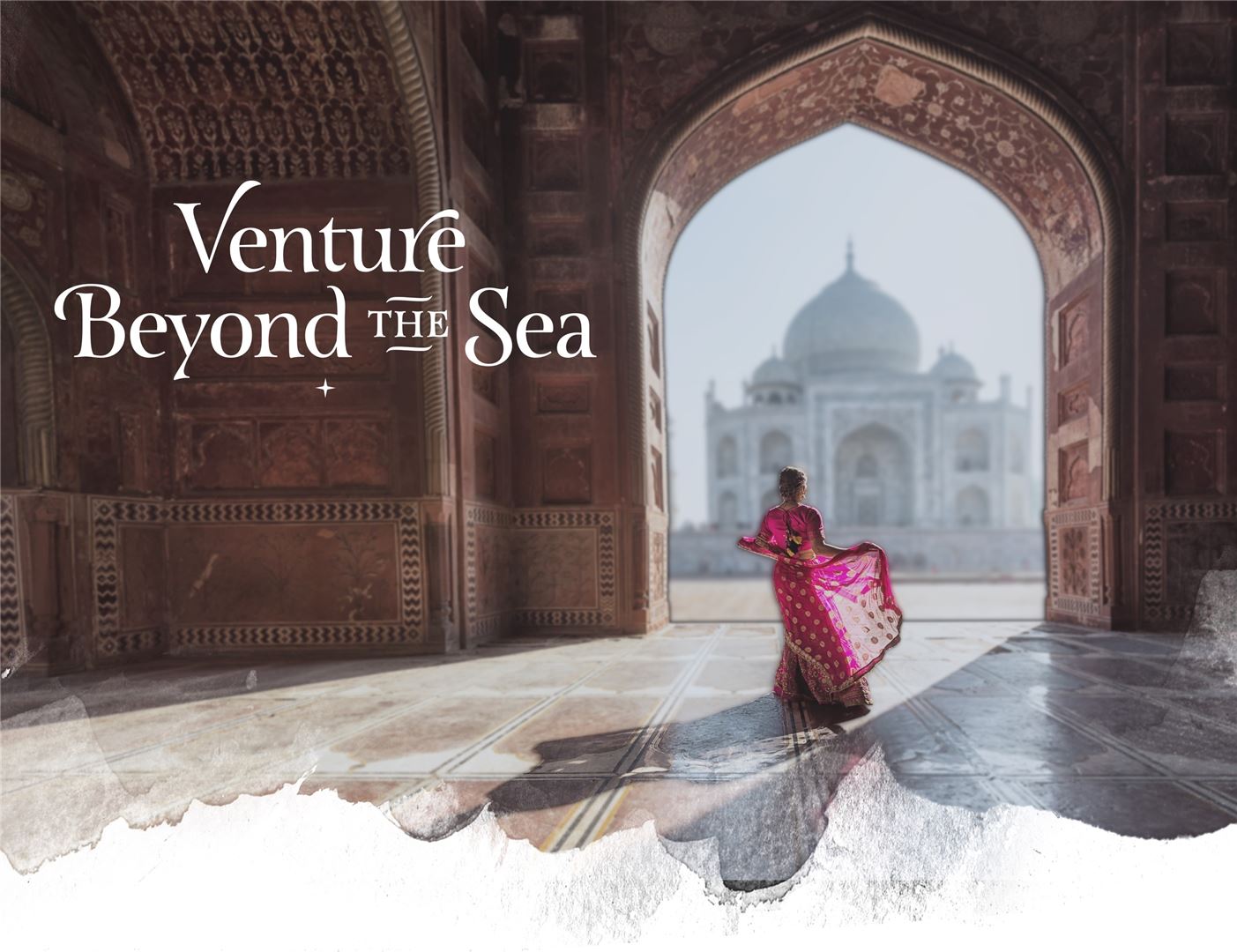 Azamara's new branding includes a message to "Venture Beyond the Sea."

The first, AzAmazing Journeys, are three- to six-day journeys that will bring smaller groups (12 to 18 guests) close up to local culture through interactive experiences with local specialists. AzAmazing journeys will also feature off-the-beaten-path experiences called AzAmazing moments that include stays in some of the most unique accommodations available, from five-star hotels to boutique inns to glamping experiences.

AzAmazing Journeys offerings initially include “AzAmazing in Asia: In Search of Orangutan in Boreno,” which will bring guests into the Borneo Rainforest to see orangutans and the area’s indigenous population, MariMari people, up close on excursions lead by independent naturalists; “AzAmazing in Africa: Micato Safaris – What Makes These Amazing” will allow guests to get an up-close view of the Big Five at Kruger National Park in northeastern South Africa, with stays in luxury accommodations like the Four Seasons and Kapama River Lodge; and “AzAmazing in Australia: Rail & Sail Australia – Indian Pacific” will take guests on a train wired with Indian Pacific through Australia’s Blue Mountains (with Platinum Service status onboard) before spending a night in Margaret River wine country.

The second, Land Journeys, three- to six-night journeys, will bring a larger group to see cities from a different point of view, offering visits to iconic landmarks along with some hidden gems; and stays in four- to five-star hotels, boutique inns, and luxury lodges.

Initial Land Journey offerings include “Land Journey in Europe: Norway En Route,” which starts in Oslo, bringing guests across the country, to Bergen, with views of the seven fjords and mountains along the way; “Land Journey in South America: In Search of Jaguar: Pantanal” that, over two-and-a-half-days, brings guests up-close to the region’s native jaguars, howler monkeys, black vultures, stingrays, and giant otters.

All tours are designed to make Azamara the industry leader in destination immersion and reach out to people who seek to be travelers and not tourists, people who “want to understand the culture and meet the locals, drink the drink of the region, and hear about their traditions,” Pimentel said. “When you ask people why they travel, outside of visiting family friends, the number one reason is to see the destination.”

“People are clearly concerned about COVID-19 when traveling. But they are also reassured by the practical measures being introduced by governments and the industry under the take-off guidance developed by the International Civil Aviation Organization (ICAO). This tells us that we are on the right track to restoring confidence in travel. But it will take time.”

The Top 5 City Hotels in Mexico

Mandarin Oriental, the international luxury hotel chain, is gearing up to reopen more properties as destinations around the world start to lift COVID-19 restrictions.

Advisors who complete the course can qualify for Uniworld River Cruise Specialist benefits, including discounted rates up to 60%.

Cunard, as it has with all canceled sailing during this time, will be offering those on impacted voyages a 125% future cruise credit.

Seabourn: ‘Role of the Advisor is Even Greater than Just Planning Travel’

The luxury cruise line will roll commission tiers from 2020 over to 2021 to give advisors “a certain level of reassurance” and to show support.

Session 9: How to Successfully Implement Service Fees
About Travel Market Report Mission Editorial Staff Advisory Board Advertise
TMR Resources Webinars Calendar of Events
Subscribe to TMR
Select Language
Do You Have an Idea Email
editor@travelmarketreport.com
Give Us a Call
1-(516) 730-3097
Drop Us a Note
Travel Market Report