Baby boomers may be burning out, and looking to spend more time relaxing and rejuvenating on their next vacation, according to a recent AARP study.

The Baby Boomer age group expects to take four or five leisure trips next year, spending almost $6,400 on travel (the same or more than they spent in 2017), reports the AARP 2018 Travel Trends survey.

The percentage of Boomers saying they want to relax and rejuvenate on those vacations jumped from 38 percent last year to 49 percent in 2017. Additionally, nearly half (47 percent) are looking for a getaway from everyday life (up from 39 percent in 2016).

“It’s certainly become a greater motive for their leisure travel than in 2016,” said Vicki Gelfeld, AARP research advisor, noting how it has been in the top three responses the last three years. “They really are disconnecting and tuning out.”

To work or not to work
This desire to unwind and unplug is generational. Seventy-four percent of employed Millennials with paid time off expect to bring work along on a trip, compared to 56 percent of Boomers. Of those Boomers who do expect to work on vacation, most try to limit it to just 10 percent of their leisure time.

When asked if it was “extremely/very important” to stay connected with their employer during vacation, nearly half of Millennials (47 percent) told AARP that they think it’s important, while just 33 percent of Gen Xers said the same.

Further evidence of the separation Boomers seek can be seen in the fact that they have not bought into the “bleisure” trend of tacking on an extra day or two to a business trip. Just 25 percent of Boomers do so, versus 40 percent of Gen Xers and 53 percent of Millennials.

Baby Boomers' burnout may be because they leave more vacation time on the table every year. AARP said that 68 percent of employed Boomers with paid time off anticipate taking all or most of their employer-provided days off in 2018 (an increase from 59 percent last year). That compares with 79 percent of Millennials who expect to use all/most of theirs.

Where and why Boomers are traveling
Immersing themselves in local experiences while away is important, and growing more so. As for ways to experience a new destination, increasingly travelers abroad like the idea of touring with a local in 2018 (49 percent) compared to 40 percent in 2017, the study revealed.

When they do travel, Boomers most likely are taking a “bucket list” trip (22 percent), AARP reported. In other findings, 49 percent of respondents said they only expect to travel domestically in 2018 — and Florida and California are the most popular U.S. destinations.

The other half (47 percent) plan to travel domestically and internationally. Top choices for those going abroad are the Caribbean/Latin America and Europe.

Travel agents still have a chance to assist these older travelers. According to AARP, just 23 percent of Boomers’ international trips and 13 percent of their domestic itineraries have been booked for 2018. Of those still planning, 75 percent have chosen their destination abroad and 72 percent of those traveling in the U.S. know where they want to go.

For those who travel in the U.S., trips are mostly summer vacations, multigenerational travel or weekend getaways. About 66 percent of Boomers travel domestically by plane and 60 percent by car.

The AARP Travel survey was conducted online among 1,728 males and females ages 20 and older, in September 2017. Respondents had taken at least one trip 50 miles or more away from home with a two-night stay in the past two years. They also were users of online travel sites and intended to take a leisure trip in 2018. Final data have been weighted to the U.S. Census for analysis, by generation.

Top Stories
How to Become a Travel Agent in 2021

Travelers are more likely to book through a travel agent now than before the COVID-19 crisis.

The pandemic has caused travel advisors to be smarter and more creative, reassess their priorities, and rethink how they do business. “We’ve all learned so much,” said one.

Video: Why Adobe Spark Post is a Great App for Travel Advisors

'What I love about this app is that you can create, literally 30 images, in ten minutes.'

Everything You Need to Know About Getting a Passport in 2021

A friendly reminder that now is probably a good time to check your passport’s expiration date.

'People are starting to feel more confident and a lot more comfortable now that the vaccines are rolling out.'

Video: How Can You Improve Reviews on Google, Yelp, and Other Websites?

How can advisors leverage their loyal customers to grow their client base? 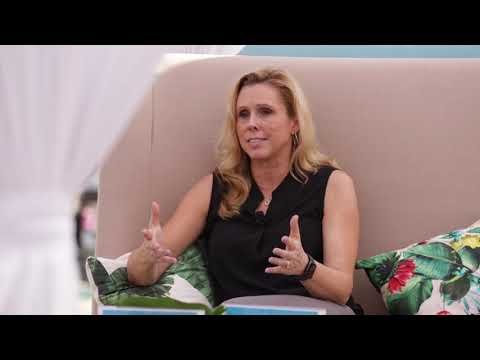