Emerald Waterways, Scenic Group’s river cruise company, is heading into the biggest growth spurt in its history, with three new river vessels set to debut in 2017.

And in addition to new ships, this year will bring new features. Emerald Radiance will sail with a completely new cabin category, 330-square feet Riverview Suites, located on the Horizon deck. Each will feature panoramic views from drop-down windows and a separate bedroom and living area.

Emerald Destiny will have indoor balconies, like its four sister ships. Staterooms will open to the outside by way of a glass partition that runs the entire length of the cabin, giving the entire stateroom a feeling of being outside. 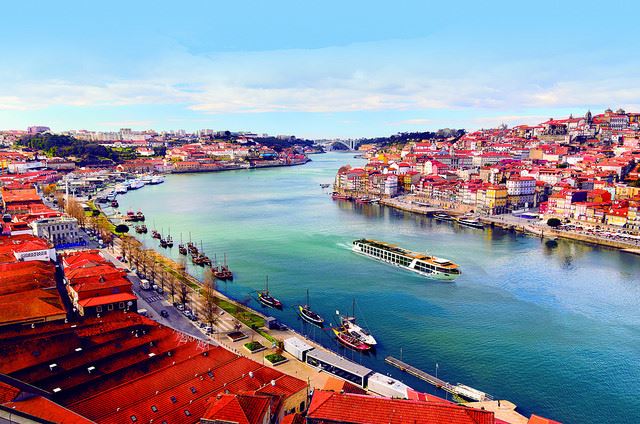 A rendering of Emerald Radiance in Porto.

“You can be sitting, enjoying your cappuccino in your bed, watching the river and the community float by,” Rein said. “You can step right out there and you’re actually sitting in your balcony.”

And Emerald Liberté, the company’s first ship to sail the Saône and Rhône rivers, will sail an itinerary with Emerald’s active programs and an onboard meal prepared by French chef Fabein Morreale.

“The growth is a testament to our travel partners,” Joni Rein, vice president of U.S. sales, told TMR. For travel agents, Rein noted that Emerald is a “truly all-inclusive river cruise company,” including even top-shelf liquor. And the Emerald Guarantee, launched six months ago, helps assuage customers’ fears of water-level issues by reimbursing them for any delays or cancellations that occur due to weather, natural disasters, mechanical breakdowns or strikes.

Rein, who has been with Emerald for just 90 days, was previously vice president of worldwide sales for Carnival Corp. Over the next year, she said, Emerald will roll out many new offerings to help agents, including webinars, sales tools and a new online travel agent portal. “The value we place on our partnership is immeasurable,” she said.

MSC is unveiling more of what's to come on Virtuosa ahead of its spring debut in the Mediterranean.

'I strongly believe in tailoring strategies to the needs of our trade partners,' Cunard’s new vice president of sales Jamie Paiko told TMR this week.

MSC Cruises Will Sail Seaside in the Mediterranean Starting in May

Seaside will join MSC Grandiosa, which has been sailing the Mediterranean since last August.

'Whether legislative, regulatory, or diplomatic, we will continue to push for a solution to this impasse.'

Master Advisor 26: What You Need to Know About Selling Travel Insurance
About Travel Market Report Mission Editorial Staff Advisory Board Advertise
TMR Resources Webinars Calendar of Events
Subscribe to TMR
Select Language
Do You Have an Idea Email
editor@travelmarketreport.com
Give Us a Call
1-(516) 730-3097
Drop Us a Note
Travel Market Report