InterContinental Hotels Group, one of the three largest hotel companies in the world, revealed the name and renderings of its new midscale brand on Monday.

Rates are expected to be about $10-15 less than IHG's upper-midscale Holiday Inn Express brand. It will compete against brands such as Hilton’s new Tru by Hilton, Best Western and Choice Hotels’ Comfort Inn.

IHG, which previously announced the launch of the new brand in June, said it expects the first Avid Hotel to open in early 2019, with construction beginning next year. Properties will average 95-100 keys with a minimum of three stories. 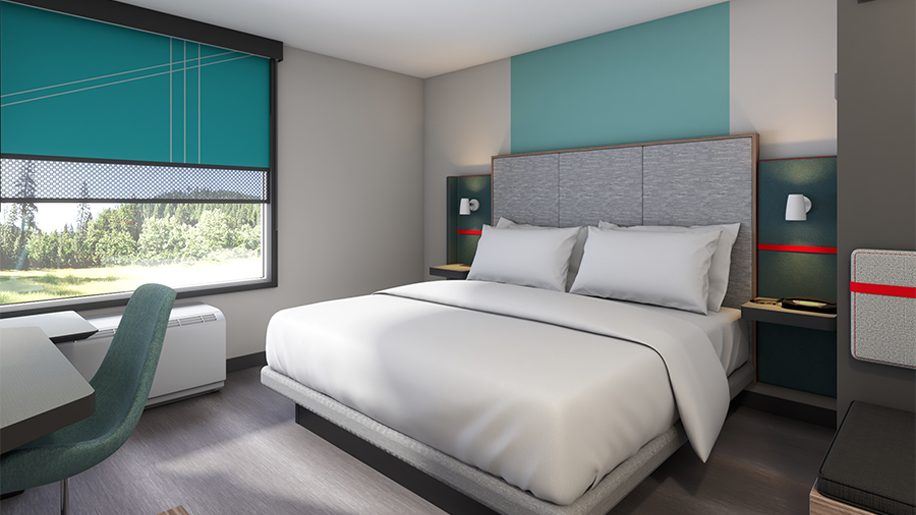 The logo, all in lowercase letters, is in red and aqua lettering, with a checkmark serves as the letter “v.” Hotel lobbies will feature a red staircase and open communal areas for working and dining. It will also offer high-quality, complimentary breakfast and marketplace options made for guests on the go.