Queen Latifah ruled at this week’s naming ceremony for the Carnival Horizon in New York Harbor, where her comment about travel agents quickly became the buzz of the day.

“I use a travel agent to book everything,” Latifah said at a morning press conference. “I personally don’t want to scavenge around on a website; my travel agent is a master of that and I always just let her do her thing.”

About 2,000 travel agents, joined by Latifah, Super Bowl Champion Jake Elliott, Guy Fieri, Carnival President Christine Duffy, and Carnival Corp. CEO Arnold Donald, were on hand at the naming ceremony this week to see fireworks over the Hudson and experience the ship, the brand’s new flagship and 26th in its fleet.

The first “sista to the Vista,” as CCL President Christine Duffy called it, Horizon builds on some of the more upscale and family-oriented features: the exclusive (and beautiful and colorful) Havana area; the outdoor play space for children; and the dining experience. 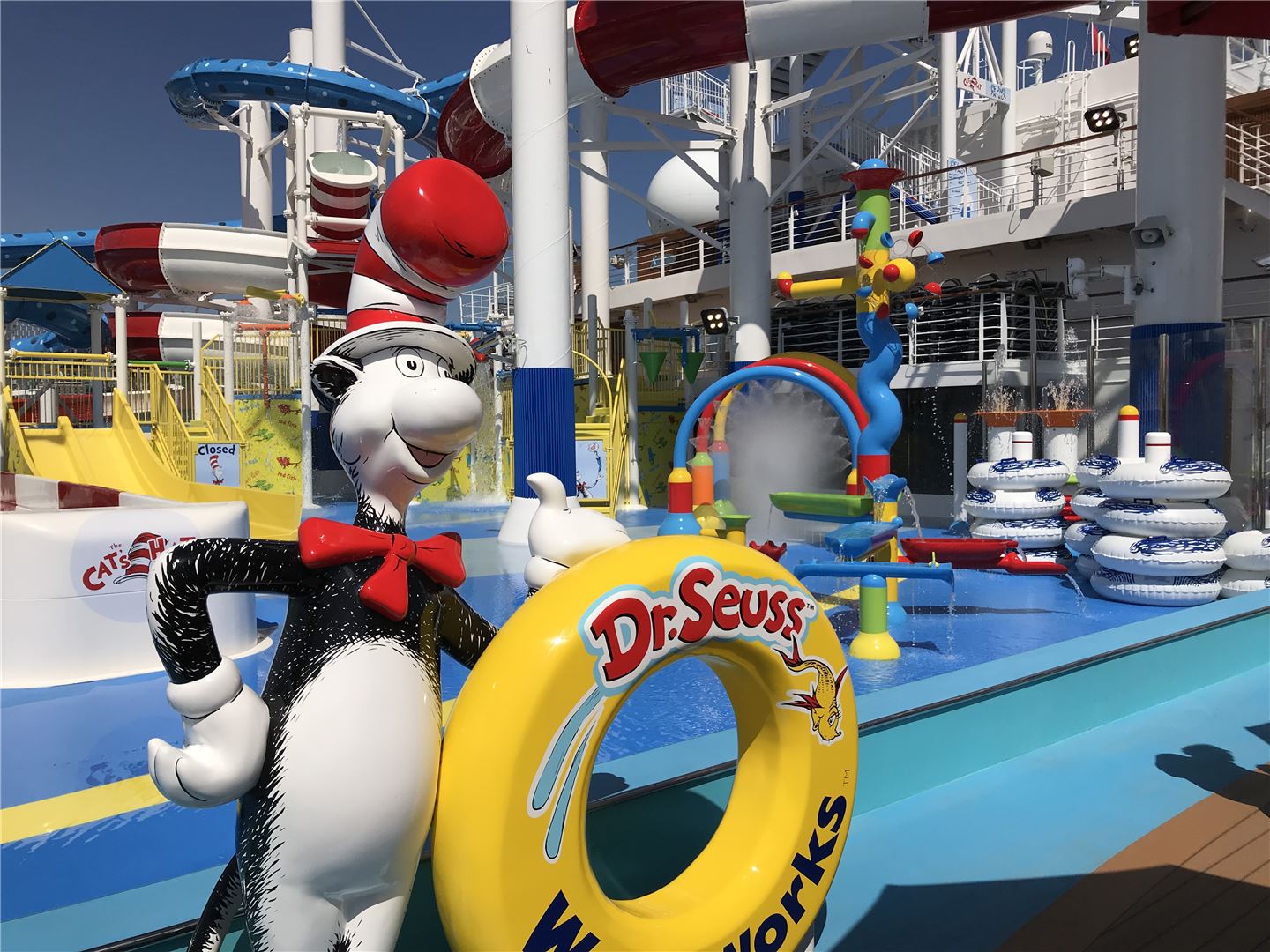 “Horizon tweaks what we’ve done before and the changes take it up a few notches,” Adolfo Perez, senior vice president of sales and trade marketing at Carnival Cruise Line, told Travel Market Report.

“The food options are amazing and the barbecue is great, with the Guy Fieri Pig & Anchor Smokehouse and Brewhouse, and the four new beers we brew onboard. And, we’ve been investing in really amping up the dining experience at the steakhouse. We’ve moved the piano bar next to the steakhouse, so during dinner there is live music, which adds a nice touch.”

Also expanded — by a whopping 80 cabins — is the Havana area, where the Cuban-inspired decor and exclusive access to a private bar and pool during the day have made it “one of the most popular cabin types on the ship. They sell out quickly, given the limited supply and lots of demand,” Perez said.

There is a new Bonsai Teppanyaki restaurant, the cruise line’s first, where the chef cooks your dinner tableside; and an expanded shopping area, now two levels high and including the first Victoria’s Secret store at sea. 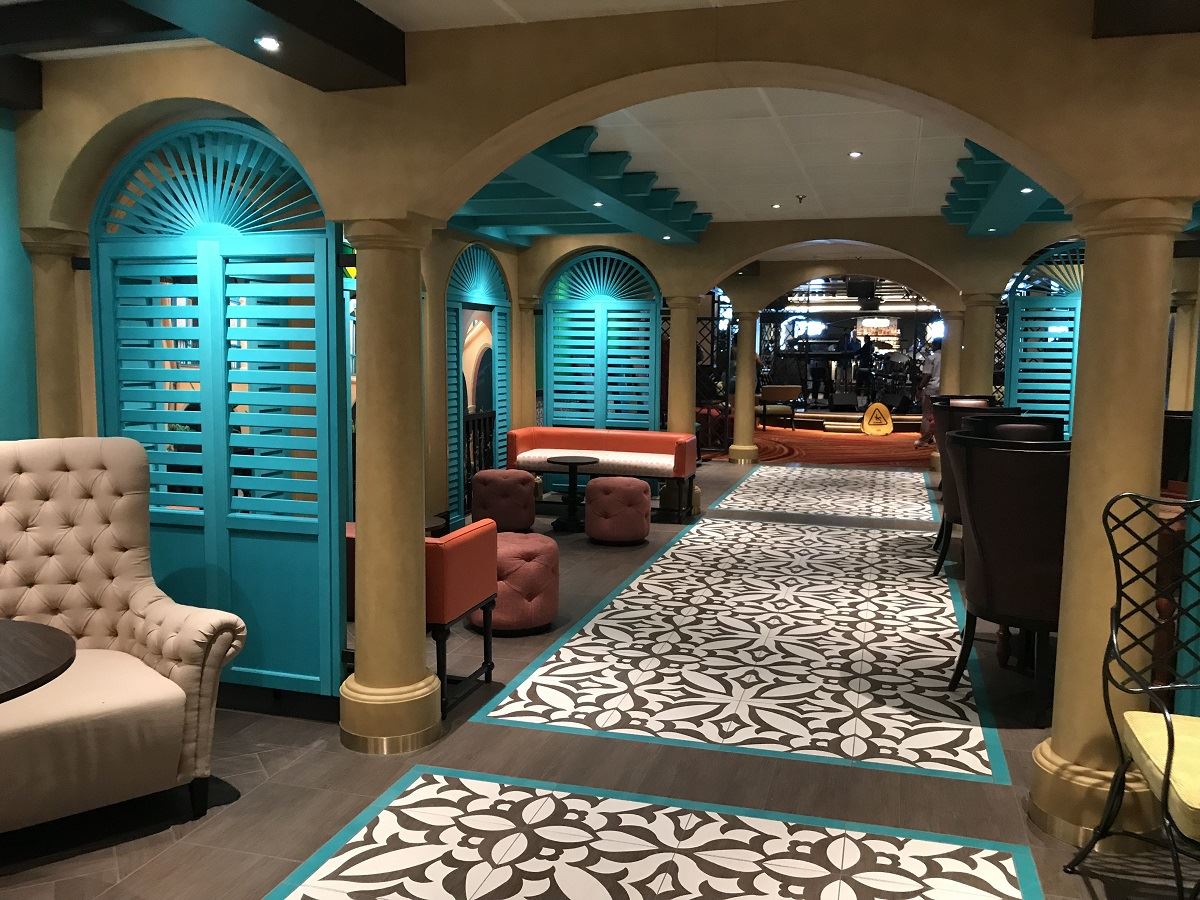 Marie Smith, director of agent development at host agency KHM Travel Group in Brunswick, Ohio, told Travel Market Report that, beyond the “fresh new feel and cool bedding,” she likes the new touchless and smart technology of the elevators, where guests punch in the floor they are going to and the system tells them which elevator to enter and whisks them to the right floor. “It’s really neat,” Smith said, noting she saw it recently for the first time at an ASTA event in the Watergate Hotel in Washington, DC.

Her colleague, Amanda Bates, loves “the color scheme – it’s really friendly and playful.” While some agents onboard said their clients, for the most part, book more upscale cruise ships, Carnival is KHM’s number-one cruise supplier.

Meanwhile, Donna Borelli, owner of Hamden Travel, in Hamden, Connecticut, applauded Carnival’s focus on attracting a more discerning clientele. She is seeing a definite trend of customers booking farther out and “trying to plan and do it right. And they want more fun stuff, not basic Caribbean, but more South America and Asia, more honeymoons in Europe.”