Royal Caribbean’s fifth Oasis Class ship, set to debut in 2021, will be named Wonder of the Seas, the cruise line revealed today. Royal also announced that the ship, which joins Allure, Oasis, Symphony, and Harmony in that class, will homeport in Shanghai, China during its debut season.

“Royal Caribbean is known for its innovation and constantly pushing the boundaries of what’s possible, and an Oasis Class ship in China is proof of that,” said Bayley. “Wonder of the Seas will redefine the ultimate vacation and be revolutionary in her own right, and she marks one of Royal Caribbean’s most exciting chapters to come.”

The ship is currently under construction at the Chantiers de l’Atlantique shipyard in Nazaire, France. This week, Wonder’s keel was lowered into place, marking the start of construction.

Wonder is expected to debut with a lot of the details from Oasis class ships, too, including Royal’s seven-neighborhood concept. 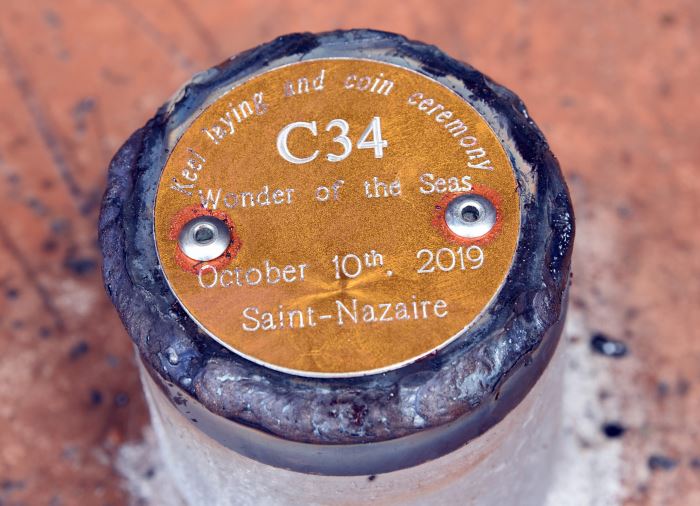 Construction for Wonder of the Seas kicked off this week at the Chantiers de l’Atlantique shipyard in Nazaire, France.