It’s fairly common. A travel advisor hears from an existing client or a total stranger that their online travel agency (OTA) booking is in crisis. They booked the wrong airport. Their hotel isn’t honoring their reservation. They booked their husband’s airline ticket under their name, and the carrier won’t change it.

In fact, that last situation was exactly the issue that DIYer Andrea Smith faced in an Expedia complaint recently examined by Elliott Advocacy, an online service offered by syndicated travel writer Christopher Elliott.

In a June 27, 2019 story written by Michelle Couch-Friedman, Smith claimed that United Airlines made a mistake by allowing her to book through Expedia a second ticket with her name, for the same flight, on the same day. She was astonished that both United’s and Expedia’s computer systems didn’t catch the double-booking. Smith was stuck paying for an extra full-fare, walk-up ticket that she needed for her husband – at the cost of $915.

“People think that booking online is so easy and painless,” said Kelly Ortiz, owner, Guru Travel in Elgin, Illinois. “It can be for some trips, but not always. That’s one of the values of a travel advisor’s experience. We prevent common mistakes.”

Ortiz said she encounters DIY online booking mistakes about once a month in a typical year. “It usually has something to do with their airline reservations,” she said. But often, there isn’t much an agent can do these days because of the airlines’ restrictive rules, and their cutting back on travel agent support desks.

In an effort “to shine a light on the value of booking with a travel advisor and the perils of doing it yourself,” the American Society of Travel Advisors (ASTA) has launched a "Vacation Do Over" contest this year.

In the ASTA promotion, consumers submit their self-booked travel catastrophe to ASTA, and on or around Aug. 1, 2019, a once unlucky, but now lucky, traveler will be awarded a $10,000 vacation – “planned by one of ASTA's expert travel advisors,” ASTA said. To enter, consumers must fill out ASTA’s online submission form, upload a video about why they're worthy, and follow ASTA on social media.

Should you or shouldn’t you?
Travel advisors are helpful people, so the natural inclination of many agents is to help anyone they can. But situations like these can result in hours of work, and sitting on interminable hold with a supplier’s customer service department. All for no pay, very likely.

That’s why Ortiz, in business for 10 years, is fairly selective about diving into fixing OTA booking mistakes.

“It’s case by case for me,” Ortiz said. “If it’s someone I have never met before, and they came across our agency from a Google search, I tend to be a little more sympathetic to that person. I see that as a lack of education on their part on what I do for a living. And it’s a sales opportunity for me, to explain what it is a travel advisor does and why we are professionals. I’ll tell them, ‘Let’s see what I can do,’ but not make any promises.”

“If someone has reached out to me previously, knows me and what I do, and then comes back with their own mistake, it’s hard for me,” she added. “Even though they’re a client, they know the value I create, yet they chose to book direct.”

Ortiz is currently working with a group attending a surprise birthday trip at an all-inclusive resort. “The pied piper didn’t want to use me, but the friend of the person celebrating the birthday did,” she said.

“So now, some people are booking elsewhere, while my BDM is blocking out swim-up suites for anyone I book, so they can be all together. What happens when the guests booking on their own find they are in another part of the resort? Are they going to come to me to fix it?”

Ortiz has had occasions where she did step in with an existing client, like a family Disney World vacation once. “The husband called. He thought it was crazy how much time his wife was putting into planning the trip. And he didn’t think she had gotten a great price,” Ortiz said. “I was able to turn them into a repeat Disney client because they saw the value in my easing their stress.”

Of course, getting involved could derail an agent’s day. Smith told Elliott Advocacy that she spent fruitless hours on the phone with both United and Expedia trying to change the second ticket to her husband’s name before purchasing the expensive walk-up ticket. United said it was Expedia’s problem. Expedia pointed the finger back at United.

Unless an advisor has an “in” with a carrier, Ortiz said, they, too, might find themselves stuck on hold, or being bounced from one party to the other. “Never bite off more than you can chew,” she advised other agents. “If you don’t have a contact with the supplier, someone supporting you directly, you probably can’t help the client any better than they can help themselves.”

Online booking mistakes are easier to make than you might think
Not even an agent likely could fix a problem like Smith’s. “In fact, no U.S. airline allows tickets to be transferred from one name to another. Even simple spelling corrections can turn into a financial nightmare if you don’t catch them within the first 24 hours,” Elliott Advocacy advised on its story about Smith’s United fiasco.

Smith told Elliott Advocacy that, in February, she purchased her own basic economy ticket – to visit a terminally ill friend in Chicago – on United through the Expedia website. Two days later, her husband elected to join her, so Smith said she logged back onto Expedia and booked him a ticket on the same flight for $196.

The day before the trip, while checking in both her and her husband for their flight, Smith realized both tickets were in her name. She admits she didn’t review the confirmation email. She tried to negotiate with both United and Expedia to do something that she thought was simple enough, transfer the ticket to her husband’s name, but United wouldn’t do it.

With the flight departure rapidly approaching, the Smiths purchased the walk-up fare.

U.S. Department of Transportation (DOT) regulations offer consumers 24 hours to correct a reservation mistake with no penalty, if they purchased directly with a carrier. After that, airlines typically charge a change fee of some kind, and apply any ticket price difference. But basic economy tickets are ineligible for changes.

Third-party booking sites, like Expedia, are not covered by the DOT rule, though Expedia has voluntarily adopted a somewhat similar 24-hour policy.

Elliott Advocacy’s examination of Smith’s issue illustrates how easy it can be to make a similar mistake. Smith asserted that she entered her husband’s name and birth date correctly when purchasing his ticket. But when Expedia pulled up Smith’s keystrokes and cursor movements, they believe they uncovered the problem.

Their records show that while booking her husband’s ticket, after an Expedia onscreen warning, Smith scrolled to the top of the page and modified the “traveler’s name” to Jason D Smith — but then changed it back to herself before confirming the booking. Smith theorizes she fell victim to an inadvertent auto-fill function.

An Expedia spokesperson reminded Elliott Advocacy of the importance of travelers carefully reading popup warnings during the booking process and thoroughly reviewing confirmations.

“We have triggers to note possible duplicate bookings and provide the customer with warnings,” Expedia said, but the “accuracy of passenger information is first and foremost the customer’s responsibility.”

“Their website should have safeguards to prevent this problem from happening in the first place,” Smith told Elliott Advocacy. “I have to think that I can’t be the only person that this has happened to,” though she ultimately admitted, “I should have checked more carefully.” 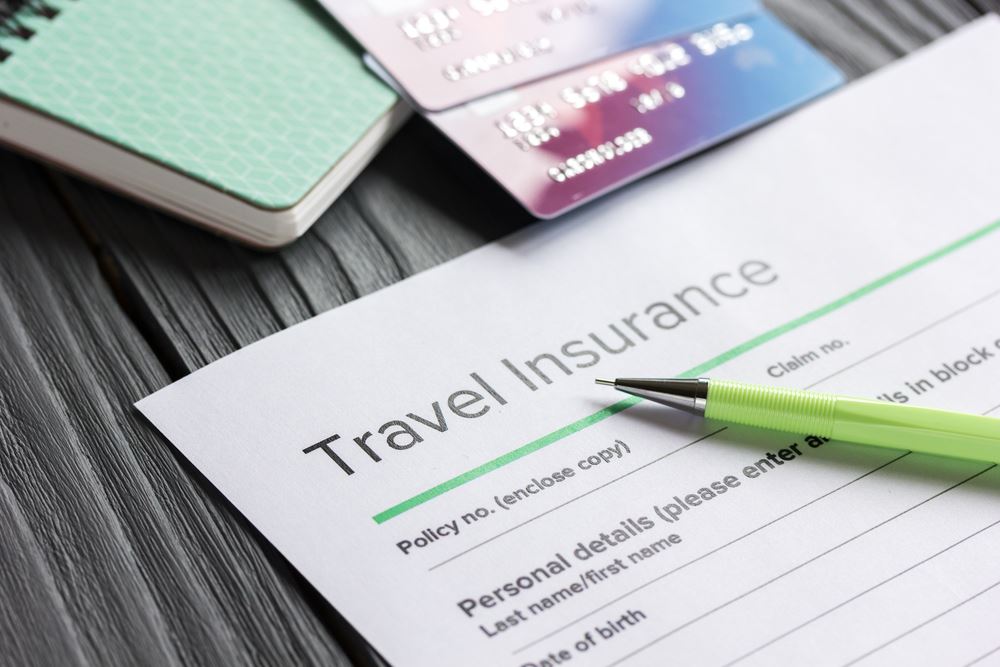