The efforts of travel agents and industry suppliers to move the trade forward were on display again this year at the American Society of Travel Agents' (ASTA) Global Convention in San Diego.

Alex Sharpe, president and CEO of Signature Travel Network, received the coveted Paul Ruden Award, for his work to further ASTA's public policy work, his support of the industry and his commitment to the traveling public. Ruden was in attendance, and presented Sharpe with the award during the ASTA Advocacy Dinner.

After first winning the award in 2013, Travel Leaders Network's Gloria Stock Mickelson became the first two-time winner of the Barbara O'Hara Advocacy Award when she was again honored with it at this year's ASTA Global.

Travel Leaders' director of educational services, Stock Mickelson, was honored for her advocacy in Minnesota regarding the state's non-compliance with the REAL ID Act, which would keep travelers from boarding commercial flights with standard, state-issued driver's licenses, with the Barbara O'Hara Advocacy Award. The award is presented to the ASTA members who have made the most significant contributions in advocating for interests of the travel agency community before federal, state and/or local governmental authorities.

Mickelson worked with the local Global Business Travel Association Chapter, the Chamber of Commerce, the airport commission and Delta Air Lines, to advocate with the state legislature, testifying numerous times in committee hearings and helping to generate more than 665 messages to Minnesota State Legislators from Minnesota agents.

Virtuoso Travel received Consortia of the Year honor, which was accepted by CEO Matthew Upchurch while the Host Agency of the Year went to UNIGLOBE Travel Center and KHM Travel Group. 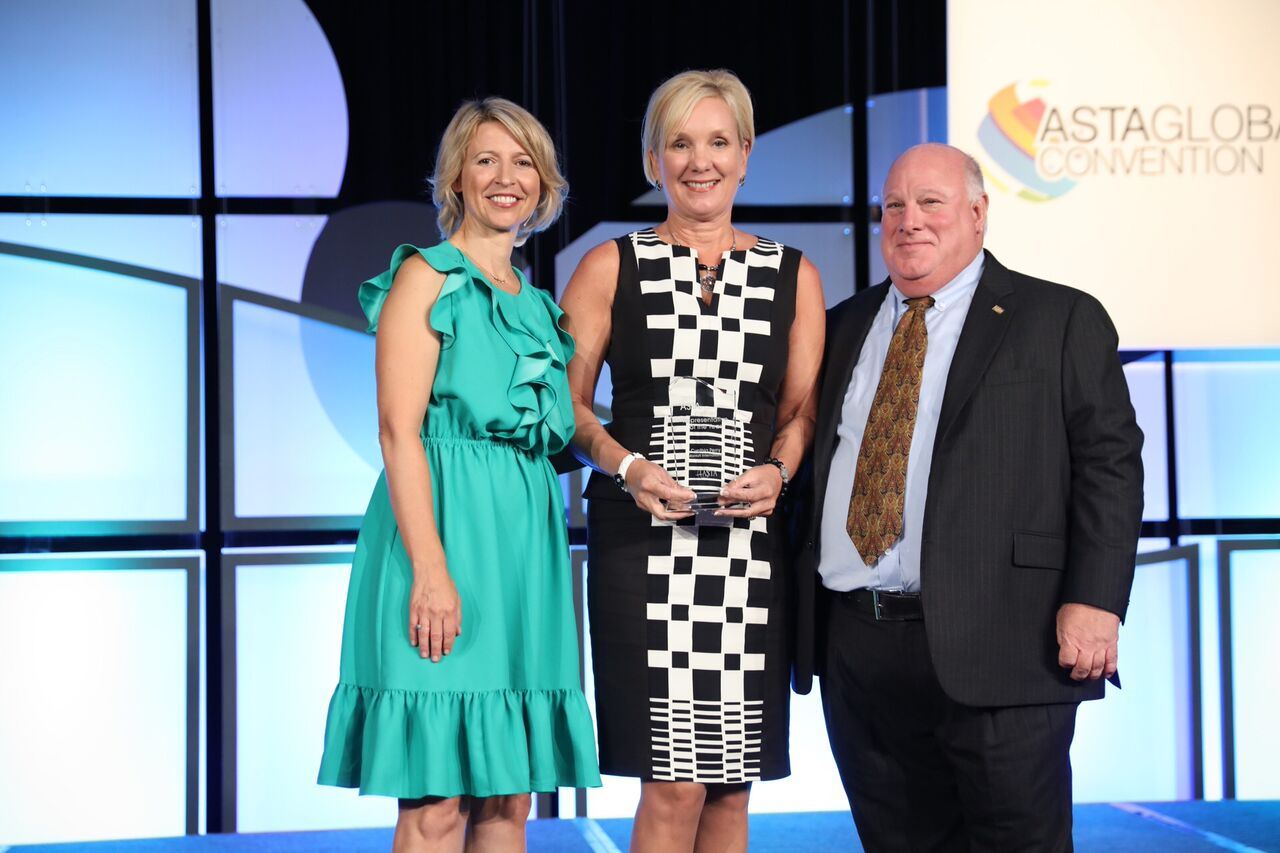 Cynthia Perry, global director of travel agency sales at Marriott International, receives the award for Hotel Partner of the Year.

The International Chapter of the Year award was presented to the Kenya Chapter, which hosted ASTA's annual Destination Expo in Nairobi, Kenya, Feb. 24-26, 2017.