Tropical Storm Zeta is now headed toward the Gulf Coast after barreling through Mexico’s Yucatán Peninsula on Monday as a Category 1 hurricane.

The storm, which has the potential to turn back into a hurricane, was sitting about 45 miles east of Progreso, Mexico, and about 540 miles south of the mouth of the Mississippi River, as of 8:00 a.m. EST Tuesday morning, according to the National Hurricane Center (NHC).

The expectation is that Zeta will make landfall on Wednesday and, if it does turn back into a hurricane, it could set the record for most named storms to hit Louisiana in one hurricane season—Zeta would be the fifth named storm to hit the state in 2020. It will also be the 27th named storm overall for the 2020 season.

The NHC, as of Tuesday morning, has a storm surge warning in effect for the area from Intracoastal City Louisiana to Navarre, Florida and the areas around Lake Borge, Lake Pontchartrain, Vermilion Bay, Pensacola Bay, and Mobile Bay.

The NHC also has a Hurricane Warning in effect for the area between Morgan City, La. and the Mississippi-Alabama border and the areas around Lake Pontchartrain, Lake Maurepas, and New Orleans.

Louisiana Governor John Bel Edwards declared a state of emergency ahead of the storm’s landfall. In a statement, Edwards said that uncertainty over Zeta’s path still remains but “it is likely that Louisiana will see some impacts from this storm, and the people of our state need to take it seriously. It’s easy to let your guard down late in the hurricane season, but that would be a huge mistake.”

Ahead of the impact on Monday, Quintana Roo Gov. Carlos Joaquín told residents that “nobody should be on the streets” until the storm passed and local governments in Cancun suspended alcohol service on Monday morning.

Resorts in Cancun took precautions prior to the storm’s arrival, including Secrets Playa Mujeres in Cancun.

"The staff here did a great job, they were calm and organized and took great care of us," Nancy Bennet, senior vice president of Global Sales at Travelsavers, who was staying at Secrets, told Travel Market Report. "We're back in our rooms after being evacuated last night. Not too much damage."

Melissa Lisell, a travel advisor at Lisell Travel, was also in Cancun, staying at the Hyatt Zilara Cancun when Zeta hit.

"It was a long night, but everything seems okay," she told TMR on Tuesday morning. The Hyatt stayed open and everyone was allowed to sleep in their rooms with WiFi and power on throughout the night, though people were prevented from going in and out of the resort starting at 2 pm.

"The waves and wind are still intense," she added. "My client's wedding was postponed from yesterday to today so I am just hopeful we can make it work this afternoon." 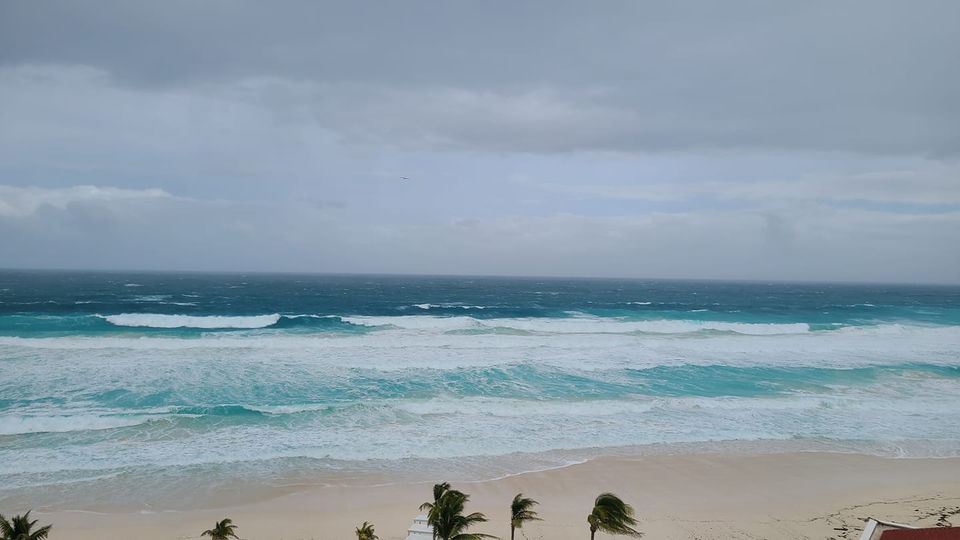 The view of the swell from Lisell's room in Cancun. Photo: Melissa Lisell