Virgin Voyages, in honor or International Beer Day, announced today that it is launching its own signature craft beer, an English Pale ale, which will debut in the Draught Haus tap room onboard the Scarlet Lady when it officially launches next year.

The beer was created in partnership with Miami’s Wynwood Brewing Company and was created using American malts and hops in Miami and an English yeast, which will celebrate the brand’s British heritage while also honoring its Miami debut.

The beer will be one of eight beers that the Draught Haus is going to offer on tap to guests, along with bottled artisanal beers, shots, shot-cocktails, growlers, and more. The Draught Haus will sit right next to the Voyage Vinyl record shop and DJ booth on deck seven of Scarlet Lady.

Virgin is allowing future Sailors to have a hand in naming the beer—anyone following the Virgin Voyages Instagram (@VirginVoyages) can suggest their favorite name on the Instagram post published today.

“Virgin Voyages always loves a challenge and so we asked ourselves, “how can we create the most perfect beer to be enjoyed in the midday sun?’” said Charles Steadman, Senior Manager of Beverage Development for Virgin Voyages. 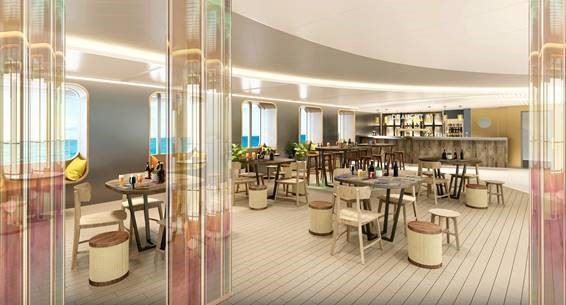