Virgin Voyages offered a look at a selection of its new ship’s exterior public spaces and interior designs in New York this week as part of its “#ShipTease” series.

The line, which was unveiled in October 2016, hand-picked its “Creative Collective” made up of top interior design firms including Tom Dixon’s Design Research Studio in London, Roman and Williams in New York, Concrete Amsterdam, Softroom in London and WorkAC in New York. Designing for the cruise industry is a first for all of the design partners.

Wagemans added that the ship can offer many different experiences throughout the day. 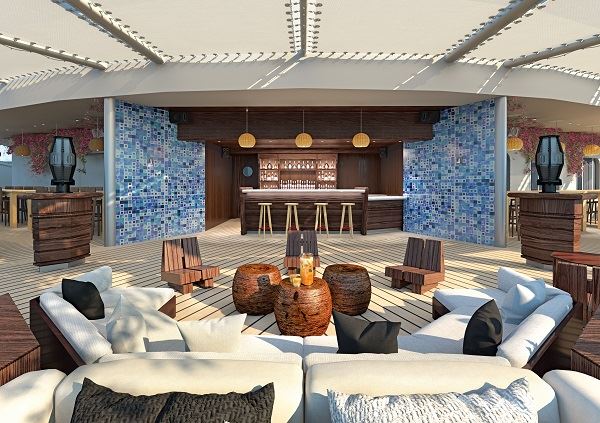 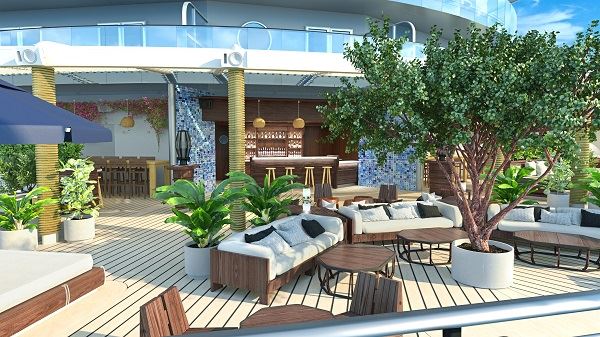 Roman and Williams designed the outdoor lifestyle space, The Dock

“[People can] zap from one world to the other world, from sophistication to casual, and it can happen in an hour,” says Wagemans. “This boat will provide all these different worlds by different designers and they are all in contrast. You can live the lifestyle that you like and not the lifestyle that the brand and the ship dictate.”

Tom Dixon, who was on hand in New York, said that its design influences for the ship partly had to do with “the glamourous age of cruise lines.” He said he likes the idea of being “somewhere between the glamour of the 20s and 30s and the glamour of the future.”

Virgin Voyages has three ships under order with shipbuilder Fincantieri. The first ship is due for delivery and will arrive in PortMiami in 2020, where it is set to sail the Caribbean in its inaugural season. It will have 2,700 “sailors” and 1,150 international crew members offering a “yacht-like vacation experience”. The ship will be “Adult by Design” for those 18 and older.

"Virgin Voyages' entry into the marketplace will give travel partners, or our First Mates as we like to refer to them, an entirely new option to sell," said Stacy Shaw, Vice President of Sales and Business Development for Virgin Voyages. "I think what First Mates will love most about what we’re doing is that it will be very different from anything that exists today. The design of our ship is distinctly different; we purposely chose to work with world-class designers who bring a fresh perspective on how life at sea should look and feel."

Among the onboard spaces revealed this week was the top deck’s Richard’s Rooftop by Tom Dixon’s Design Research Studio. The private outdoor lounge will be for suite guests only. It boasts a futuristic nod with circular loungers and dichroic glass. 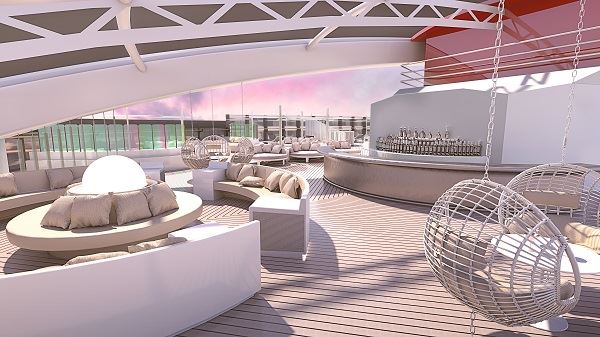 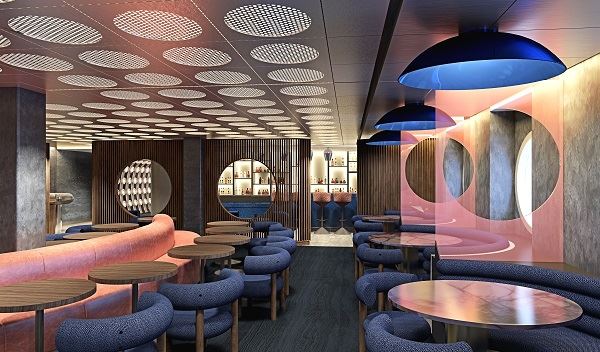 Roman and Williams designed The Manor, the signature nightclub for Virgin Voyages, with emerald and aubergine undertones and gold accents, as well as The Dock, the outdoor lifestyle space located aft which focuses on the sun and sea. 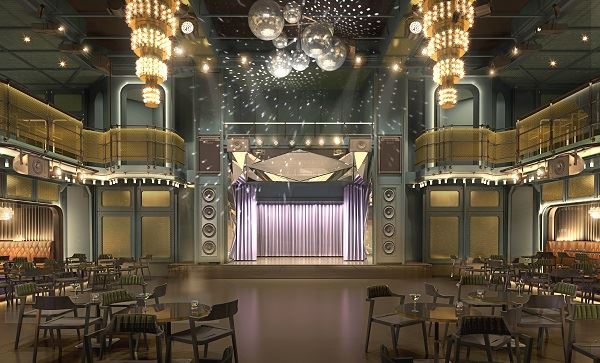 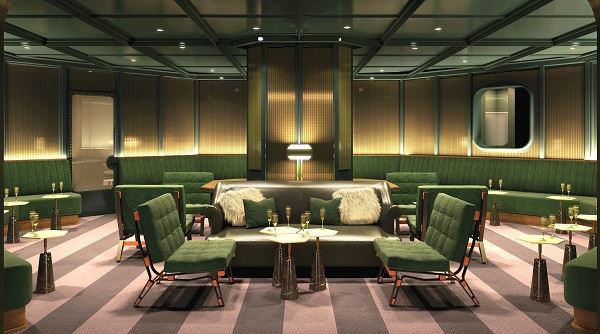 The Manor serves as the ship's signature nightclub

The Athletic Club, an outdoor lounge designed by Concrete Amsterdam, offers many playful elements. It features the largest daybed at sea for sunbathing while watching joggers on the elevated track, one of the contrasts that Wagemans notes. It also offers the option of lounging on 10 cabanas overlooking the ocean with beverage service.

Concrete Amsterdam’s design for the Test Kitchen restaurant, part dining venue, cooking school and somewhat of a laboratory, is filled with metallic furniture, as well as beakers, test tubes and volumetric flasks. 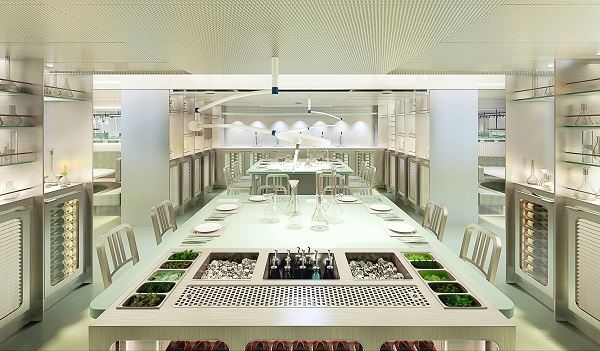 Virgin Voyages will announce the rest of the onboard public spaces and cabins designed by its interior design Creative Collective through 2018 as it continues its #ShipTease series, building excitement for the company’s first voyages. In addition to the ship due out in 2020, it has two other ships on order slated to make their debut in 2021 and 2022.

Choosing Between Permanent & Mobile Safari Camps in the Serengeti