Disney confirmed long-speculated rumors Thursday that its planned Star Wars Hotel will be designed to look like a starship. The Star Wars: Galactic Starcruiser was unveiled at the D23 Expo 2019 in Anaheim.

According to the Disney Parks blog, guests will check in for a two-night stay where “guests will interact with characters and become active participants in stories that unfold around them on their galactic journey.” 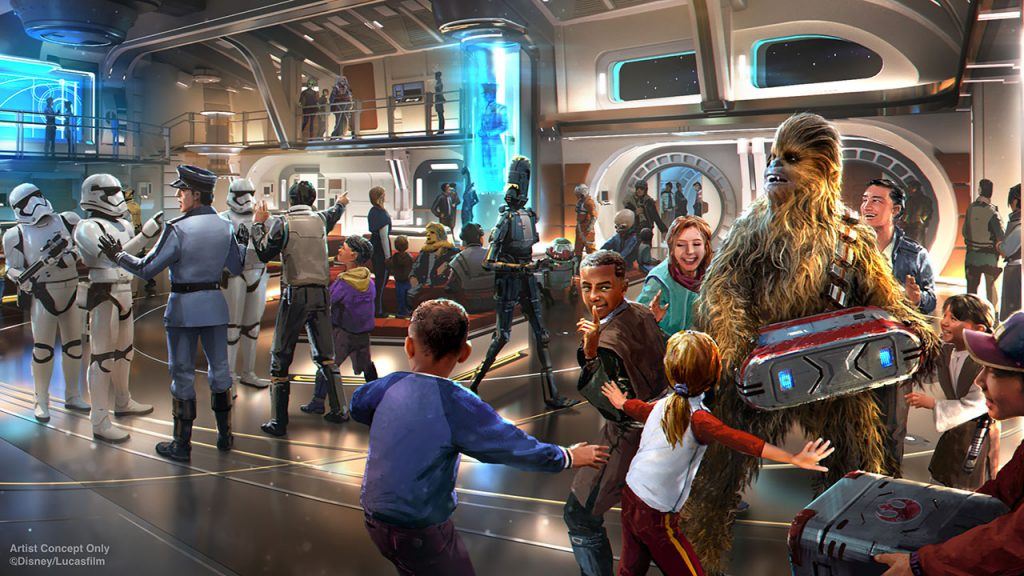 When they arrive onboard, guests will step into the ship’s main deck Atrium to begin their journey through a galaxy far, far away. (Photo: Disney/Lucasfilm)

The starcruiser – called the Halcyon – will be connected to the new Star Wars: Galaxy’s Edge land, offering a seamless immersive experience for franchise diehards. It will be located on the south side of Disney’s Hollywood Studios at Disney World in Orlando, Florida.

When guests arrive at the Galactic Starcruiser Terminal at Walt Disney World, they will enter a Launch Pod for transport into space. Through windows above, they’ll see themselves leave the real world behind as they jump to hyperspace and draw closer and closer to theHalcyon. When the Launch Pod docks with the Halcyon and the airlock opens, guests will step into the ship’s main deck Atrium to begin their journey.

A visit aboard the Halcyon becomes a multi-day story that interweaves with members of the crew, other passengers, Star Wars characters, and an excursion to Star Wars: Galaxy’s Edge.

Once onboard, guests will interact with characters and become active participants in stories that unfold around them. They will have the opportunity to face off against a training remote while wielding a lightsaber like Luke Skywalker did as he was learning to use The Force. 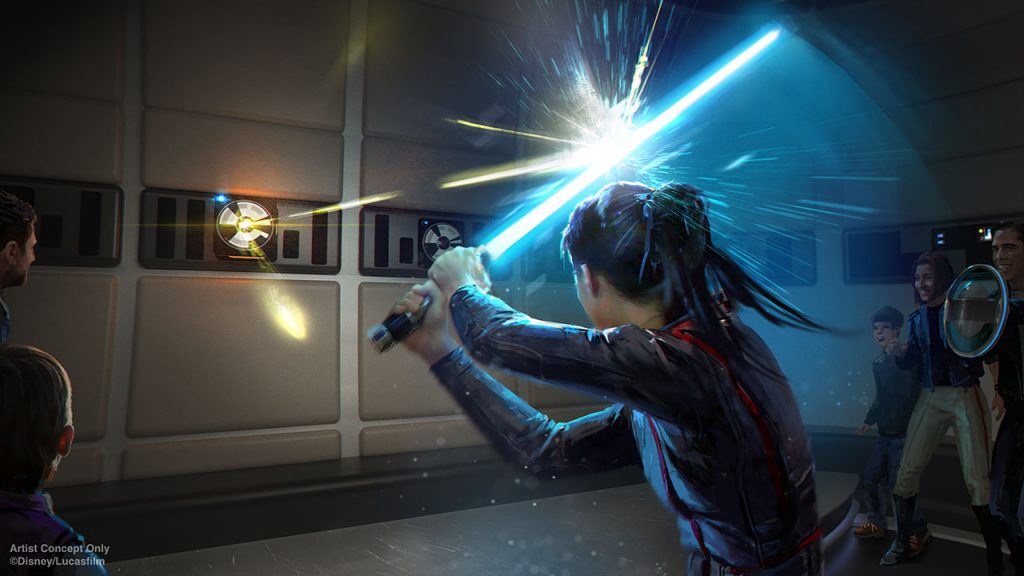 One onboard activity will invite guests to wield a lightsaber while facing off against a training remote. (Photo: Disney/Lucasfilm)

There will be two types of rooms: Regular-sized cabins and the larger Captain’s Quarters. Each floor is set to have 32 regular cabins and two first-class cabins. Each passenger cabin will feature its own window with a view into space.

Other areas include the Silver C Lounge, a space to grab a drink for guests of all ages, and the Engineering Room, where guests can see the inner workings of the ship's systems. At the Bridge, guests will be able to operate the ship's navigation and defence systems.

An opening date has not yet been set.