In a galaxy far, far away, progress continues to be made at Walt Disney World’s highly-anticipated Star Wars: Galactic Starcruiser Hotel.

Transporting guest to the Star Wars Universe, the themed-rooms feature virtual windows providing a look out in to space. It’s all part of an immersive experience that goes beyond the décor in the guestroom. 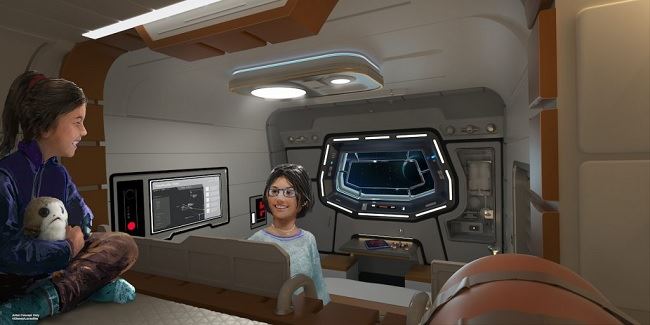 Guests will live aboard the Halcyon starship for a two-day, two-night stay, where they will interact with characters and become an active participant in immersive adventures.

Their journey begins at the Galactic Starcruiser Terminal at Walt Disney World, where a launch pod will blast off, taking them to the ship’s location in space. When the Launch Pod docks in the Halcyon opens, guests will step into the ship’s main deck Atrium.

There will be special lightsaber training activities, an area where learn how to operate the ship's navigation and defenses with assistance from crewmembers, and visits to Batuu, Disney Hollywood Studio’s Star Wars: Galaxy's Edge. 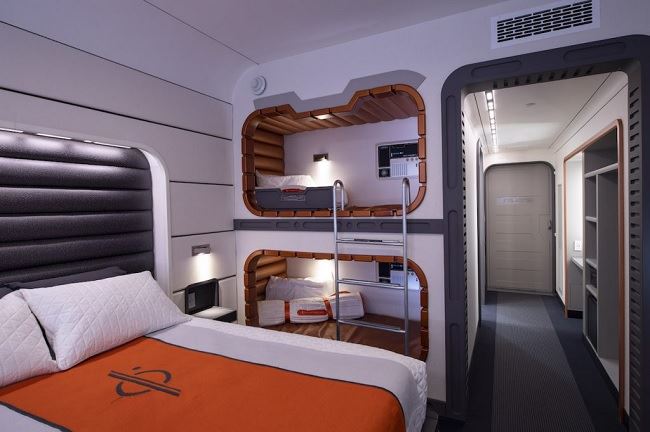 Other areas within the ship include the Engineering Room, where guests can sneak into a crew-only area of the ship and discover the inner workings.

In February, before the pandemic turned the world upside down, it was announced that reservations would open later this year. The hotel is still expected to open in 2021.

More park attraction updates
More details were also shared on Avengers Campus at Disneyland Resort and Disneyland Paris, a new land will invite guests to team up with the Avengers and their allies. The Worldwide Engineering Brigade (better known as WEB) building will soon house the newest attraction, WEB SLINGERS: A Spider-Man Adventure where guests will be able to board vehicles and help Spider-Man take control of an army of Spider-Bots that have taken over Avengers Campus.

At Walt Disney World Resort, work is continuing on the historic, multi-year transformation of EPCOT, including “Harmonious,” Guardians of the Galaxy: Cosmic Rewind and Remy’s Ratatouille Adventure. 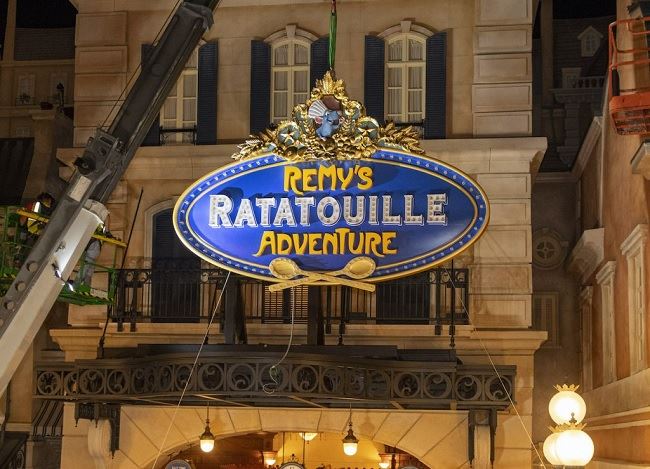 Plans are on track to open Remy’s Ratatouille Adventure in 2021. Based on Disney and Pixar’s film, “Ratatouille,” the attraction will invite guests to shrink down to the scale of a rat for an adventure with Chef Remy where they race across Gusteau’s kitchen floor aboard special trackless ride vehicles in a 3D chase.

Work also continues on Guardians of the Galaxy: Cosmic Rewind – the family-friendly “storytelling coaster” featuring a ride system with vehicles that rotate 360 degrees. The “Omnicoaster” is a first- of-its-kind programmable roller coaster ride system, where guests can be rotated along the ride track in any direction while traveling at high speeds.