Norwegian Cruise Line’s newest ship, the Norwegian Bliss, a part of the Breakaway Plus Class, will home port this summer out of Seattle, with seven-day Alaska Highlights departures slated to start in June.

The ship is filled with many of the bells and whistles Norwegian is known for, as well as new features that will make the 2,043-stateroom ship a top choice for travelers. Here are five stand-out elements of the Norwegian Bliss:

1. Horizon Lounge in The Haven
Norwegian has surpassed its already impressive luxury ship-within-a-ship key card accessible concept with a number of new "wow" factors for its largest yet, The Haven. The private area’s 80 suites are just the beginning of the extras guests receive there. Most impressive of the new features is the two-story Horizon Lounge exclusively for guests of The Haven.

It offers panoramic views from two decks of walled windows, providing the same view travelers would get from the bridge itself. The expansive area is the ideal place to meet with fellow guests or to find a cozy space and just read a book, all the while watching the water or scenery pass by. An open staircase takes guests to a smaller library area overlooking the lounge for even more quiet reflection with a view. 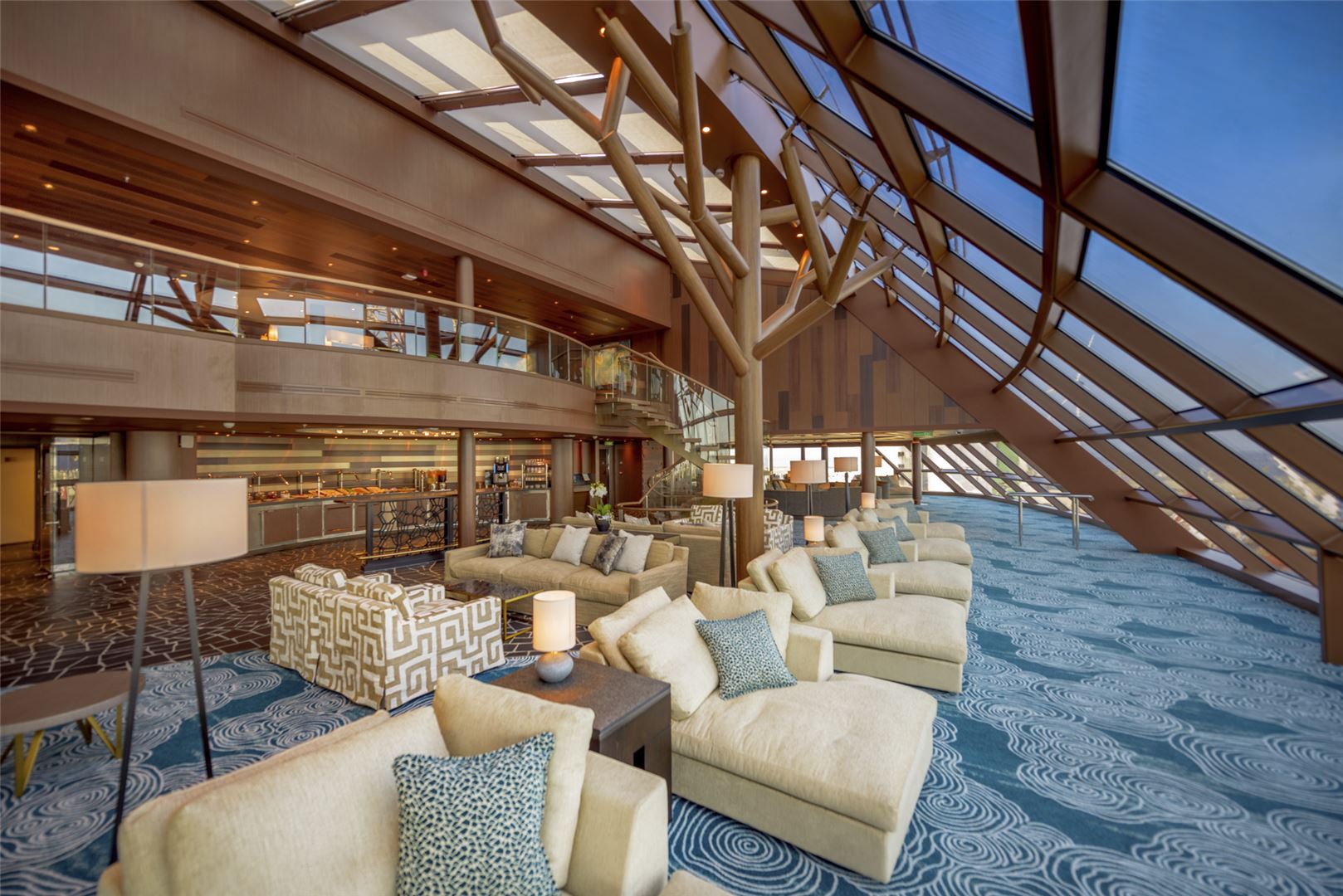 The two-story Horizon Lounge exclusively for guests of The Haven. Photo: NCL.

The Haven’s dedicated restaurant has been expanded and offers private outdoor seating. The Haven pool, within its two-story courtyard area, is larger, offers a retractable roof, and the sundeck has also been expanded and features two hot tubs.

2. Electric car race track
Adults and children will want to try out the two-level electric car race track, which is a first for one of Norwegian’s North American-based ships and the longest one at sea, says the company. Guests start off by learning the rules of the road, don a helmet, belt themselves in and take off as one of 10 cars at a time that “race” up to 30 miles per hour along twists and turns at the top of the ship. Parents can request a double-seated car to bring their young children along. 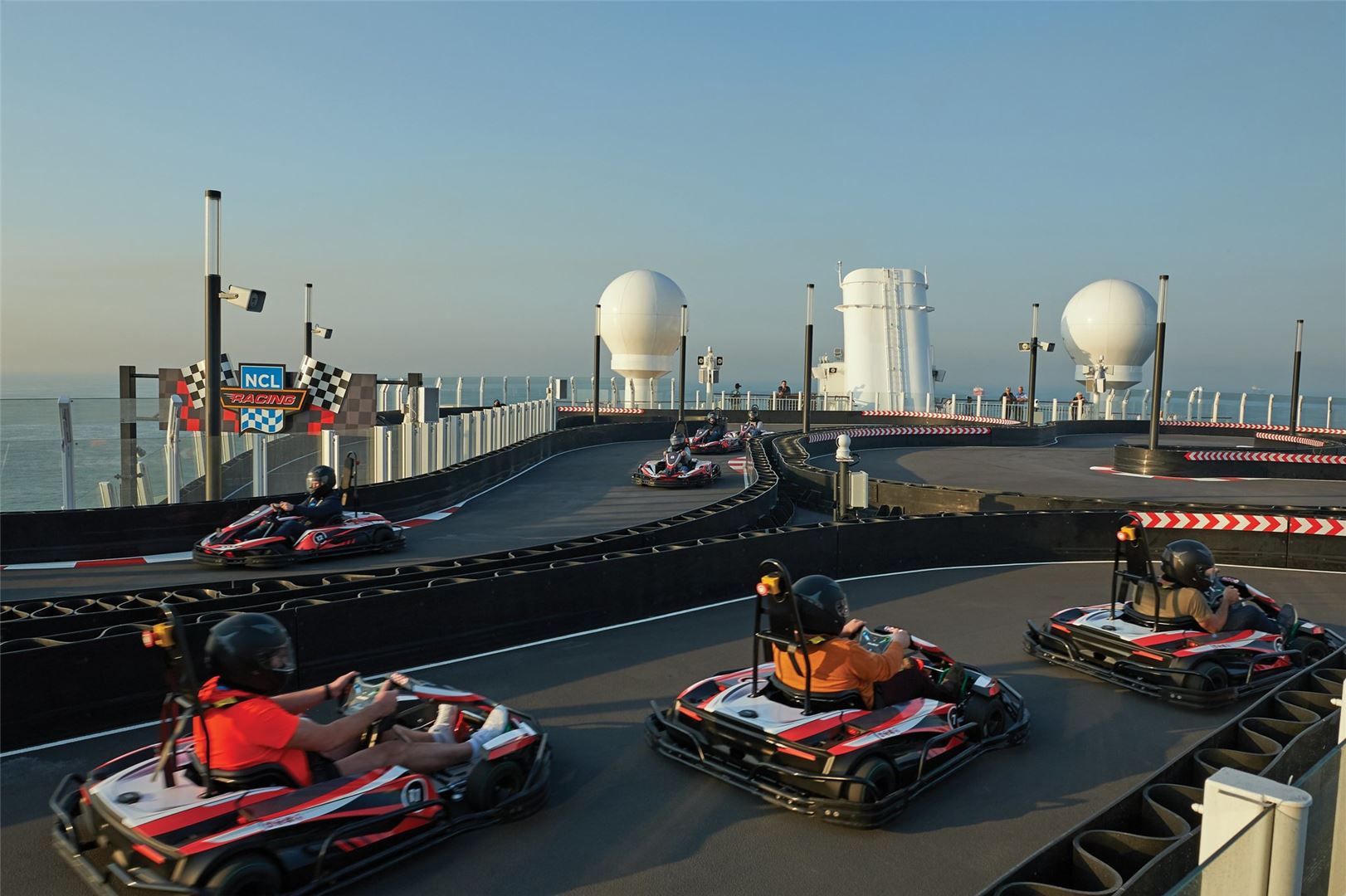 3. Beatles cover band
The intimate Cavern Club, which was inspired by the club where the Beatles performed often in 1960s Liverpool, is filled with guests singing along to the Beatles live cover band, who look and sound like the famous foursome.

4. Showtime at the theater
The 2006 Tony Award-winner for Best Musical Broadway show, “Jersey Boys”, which tells the tale of Frankie Valli and The Four Seasons’ rise to fame, is the headliner show in the Bliss Theater. Another major production in the theater is the world debut of “¡HAVANA!”, an original musical that takes place in 1950s Cuba. The show was created by Tony Award-winning director and choreographer Warren Carlyle and other Broadway notables along with Grammy-winner and singer Albita, who wrote the songs. 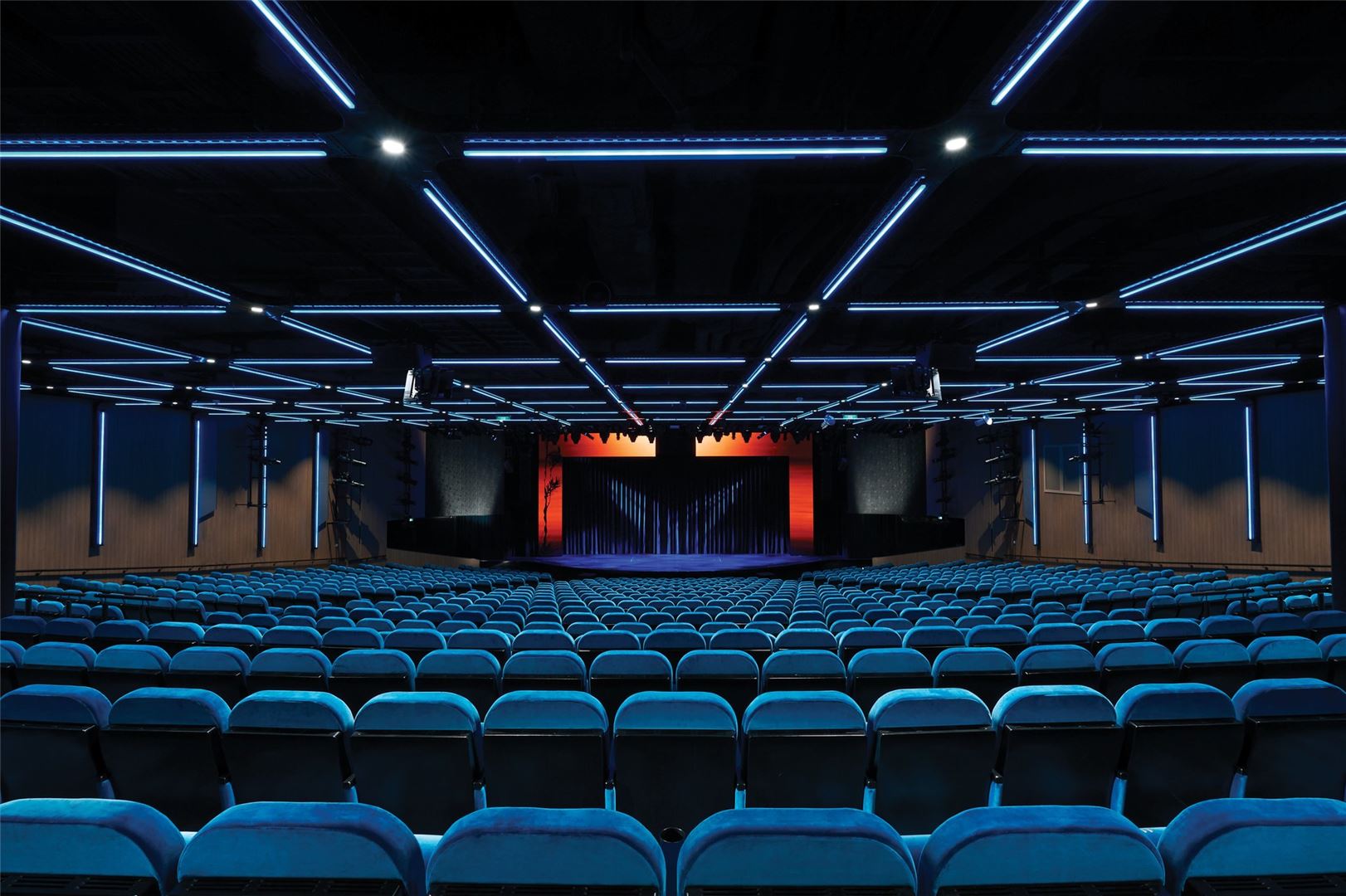 For something very different, and a little bit risqué, that has guests smiling is “Happy Hour Prohibition — The Musical.” The admission price includes Prohibition-era cocktails distributed throughout the intimate, one-hour production held in the Social Comedy & Night Club. Guests are very much a part of the show, which is set in a New Orleans speakeasy and features entertaining takes on iconic songs of the era.

5. Q, Texas smokehouse
Tell clients to have dinner at Q, the new a la carte specialty restaurant offering traditional BBQ and sides. As they are finishing their dessert, the restaurant turns into a Western Club. An excellent live band keeps the country vibe going with contemporary pop country songs. A dance floor invites guests to try out their country-western dance moves, with or without cowboy boots. 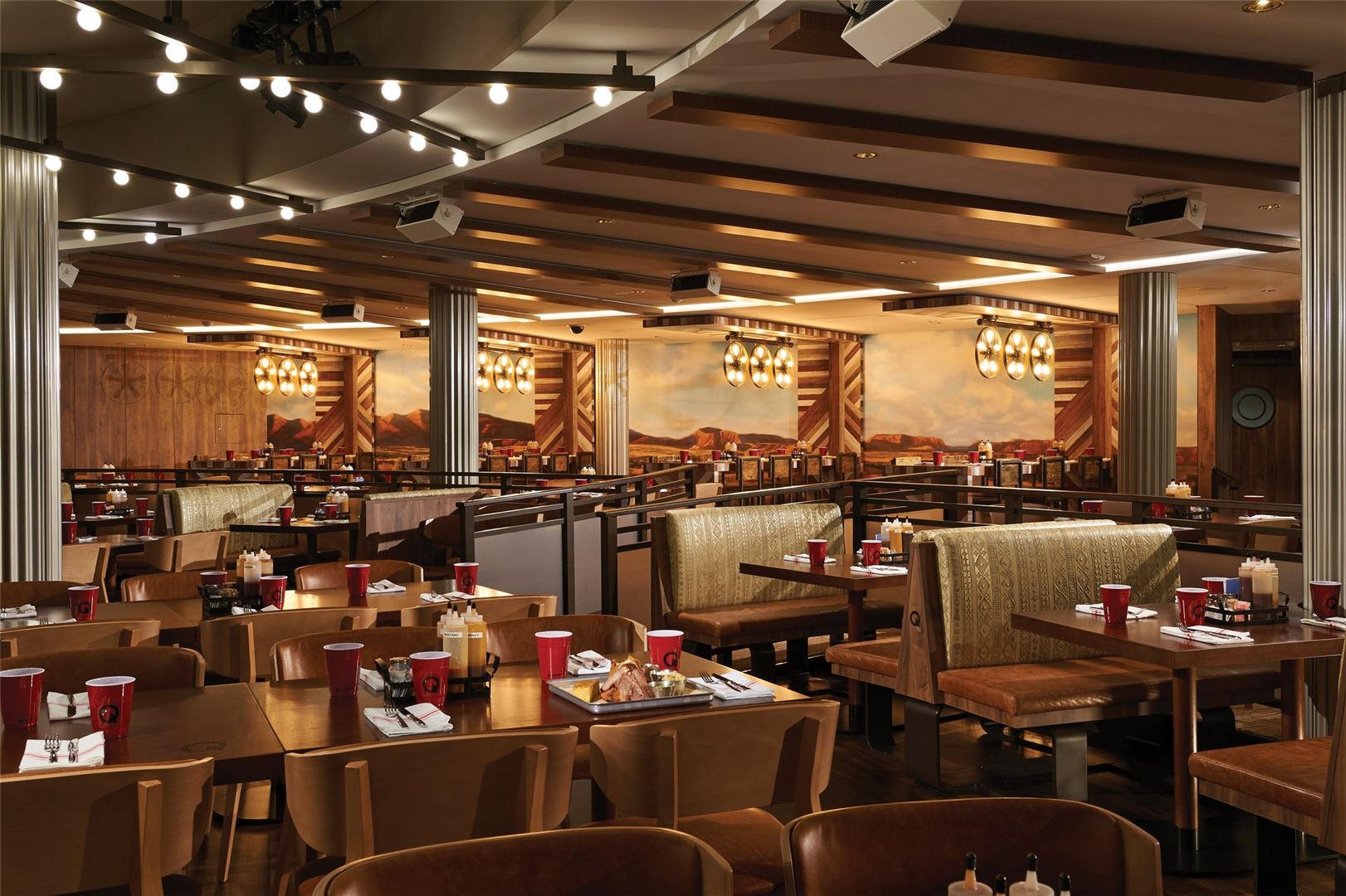 The 378-guest Viking Polaris will spend its maiden season in 2022 sailing voyages to the Arctic and Antarctica.