As always, every week from March through to October, about ten top-level Danube river cruises

start or end right in the center of Budapest, Hungary. Although the vessels can be up to 443 feet long, their width is governed by narrow canals further upstream, which means they carry an average of only 130 passengers. Most of the visitors getting on or getting off will choose to stay at least one night in beautiful Budapest.

The most stylish pre- or post-hotel is, without a doubt, the Four Seasons Hotel Gresham Palace Budapest. For a start, its location is unique: It is a mere two minutes' walk from the Pest end of Budapest's signature Chain Bridge. And just look at the 179-room hotel's exterior, designed by English architect William Tierney in 1839, and later rebuilt by local architect Sigmund Quittner as the headquarters of Gresham Life Assurance. 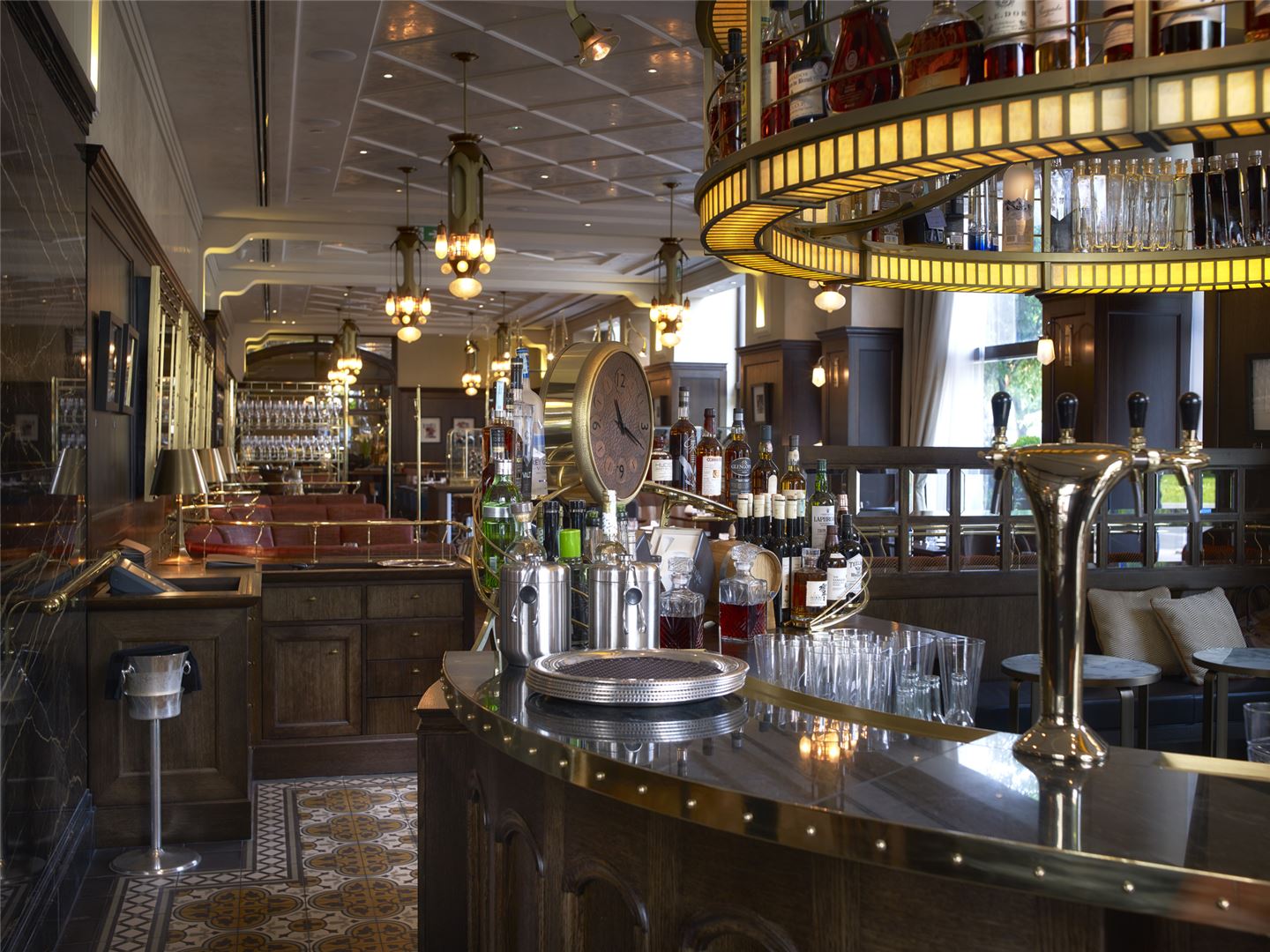 In these days of the importance of history, consider this: The six-floor palace was blown up in both World Wars, and it was briefly the headquarters of the Red Army. In 1998, a Toronto-based lawyer, Béla W Fejér, a friend of Isadore Sharp, acquired development rights to what was an empty shell, replete with rocket holes. Jump forward to June 2004, and thanks to brilliant work by both architects and Richmond International, we have the Four Seasons Hotel Gresham Palace Budapest.

Yves Giacometti − a Parisian who, after obtaining a law degree, diverted to hotel management − has been at the property since 2010. This is a hotelier who is not afraid to make decisions. He and the current owners, Oman's State General Reserve Fund, decided to evolve the former fine dining restaurant to what must surely be the world's most luxurious Hungarian bistro, Kollázs Brasserie & Bar. This is an all-day, first-floor space, with 120 seats, that local A-listers and politicians, as well as hotel guests, love. At breakfast, choices range from must-try foie gras omelettes through to jolly-good coffee to-go from Kollázs' own kiosk. 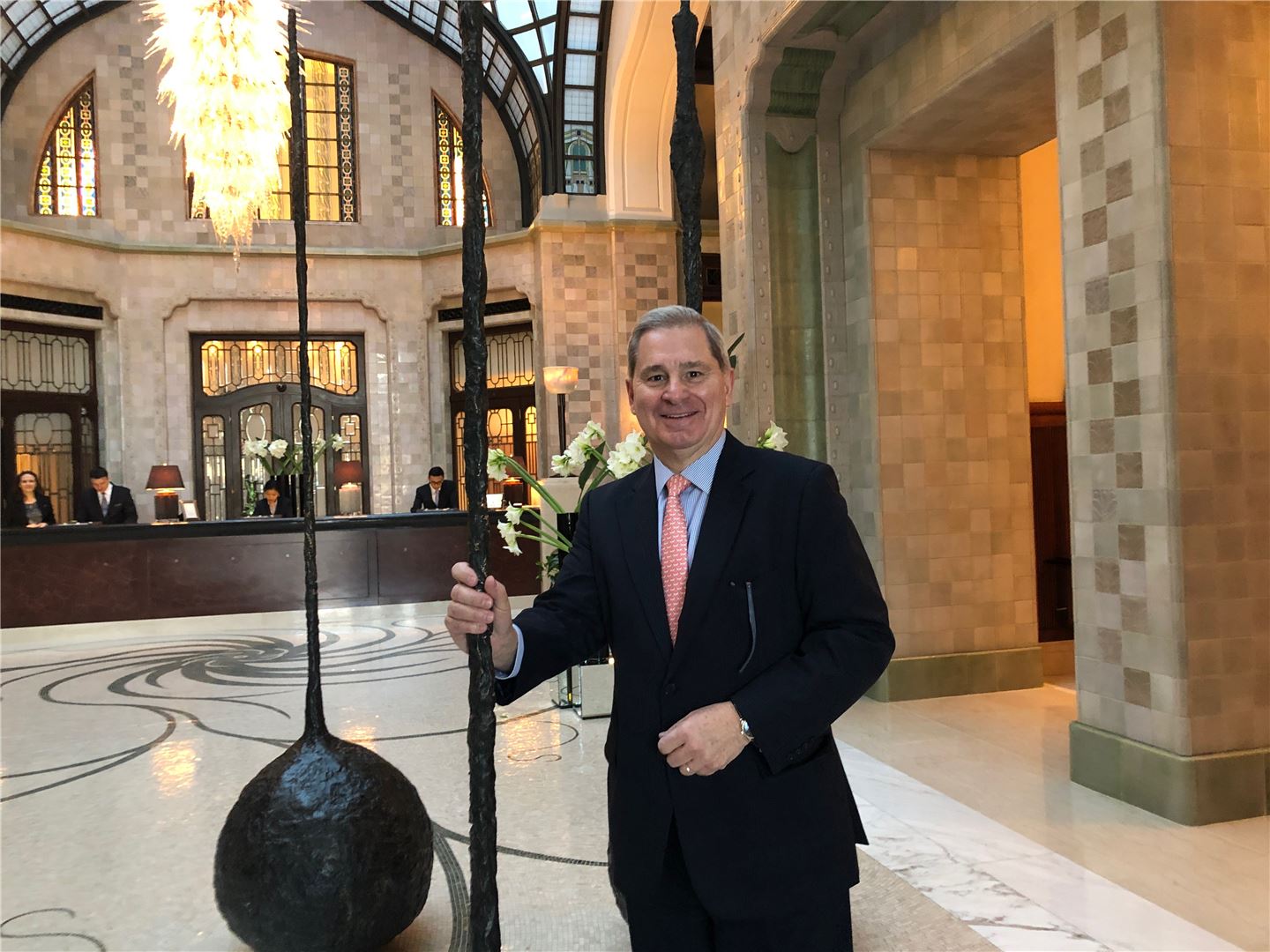 On the lodging side, my favorites are the pair of 915-square-feet Chain Bridge Suites, both on the second floor, both facing the bridge and the river. And, they come with round-trip airport transport.

One of the many outstanding memories of my stay here, by the way, was that the Nespresso machines come with exquisitely hand-painted floral porcelain cups and saucers, by Herend porcelain, still made, as it has been since 1826, in that Hungarian town.

Just over 58 percent of all hotel guests are from North America. Repeaters know to take swim gear, for the 70-foot indoor pool, which is up at the enclosed rooftop level, just below the good Technogym, opens 6 a.m. In the summer, really keen runners can opt for a cardio-testing zigzag circuit over the bridge and up the hill to Buda Castle, two miles from there and back. The hotel's spa offers Biologique Récherché, as well as Hungary's own Omorovicza products.

Shopaholics may have to trek ten minutes to Déak Street for the best selections. But, if you can keep away from retail therapy here, at the hotel, you have style and elegance, coupled with history and entertainment. The hotel's lobby, for instance, was used as movie set in the 2015 movie, “Spy,” with Jude Law. And, with 9 percent of the total rooms business coming from Budapest's highly active movie industry, you can be quite sure a hotel stay may coincide with such names as Harrison Ford, Tom Hanks, Rosamund Pike, or Charlize Theron. The hotel's concierge team, led by Peter Buday, can also arrange visits to some of the movie studios, about a 30-minute drive away. Origo Film Group, for instance, has nine complete soundstages, one of which was used for the main shooting of “Blade Runner 2049,” with Ryan Gosling and Harrison Ford (though some shots of what was supposed to be a Los Angeles casino were filmed in Budapest's former Stock Exchange). 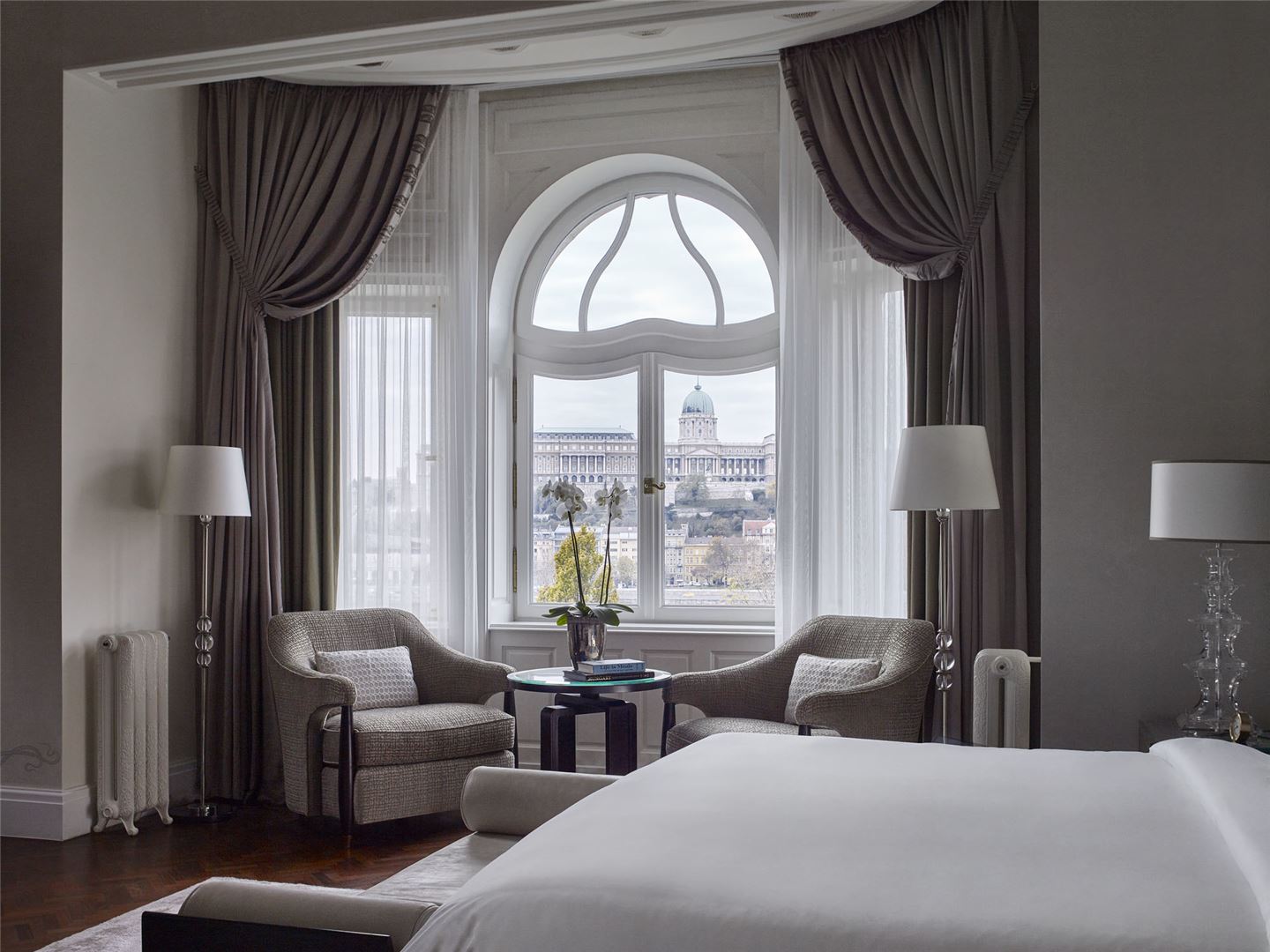 “Besides desperately wanting to get out of the house after being grounded for three months during the COVID-19 lockdown, I was incredibly curious to see how each state and each property were handling re-opening amidst all of the new safety protocols. Overall, I was impressed.”

Tips from Travel Advisors during the Downtime

1. Staying in Touch with Clients
2. Learn, Learn, Learn!
3. Promote Future Bookings
4. Time to Get Social (Virtually, That Is)
5. Organize Your Marketing Plans

Travel advisors are choosing these properties first and foremost for their social distancing protocols.

Wellness and Mental Health in the Workplace
About Travel Market Report Mission Editorial Staff Advisory Board Advertise
TMR Resources Webinars Calendar of Events
Subscribe to TMR
Select Language
Do You Have an Idea Email
editor@travelmarketreport.com
Give Us a Call
1-(516) 730-3097
Drop Us a Note
Travel Market Report