After cancelling a sailing because of a technical issue with the ship’s propulsions system, Holland America announced today that the next sailing of Nieuw Amsterdam is back on schedule.

“Nieuw Amsterdam will depart as scheduled on the Dec. 21 and Dec. 28 Caribbean cruises,” Holland America said in a statement.

“The ship has been cleared as safe to sail by several regulatory authorities and meets all international safety standards. We look forward to welcoming our guests on their holiday cruises.”

According to a statement from Holland America, an “unexpected technical issue with one of two Azipo propulsion systems” on the ship forced the cruise line to cancel the ship’s Dec. 14 sailing.

All guests had been notified of the cancellation and were given the option of staying onboard for a night in Port Everglades or disembarking right away (the line helped guests with travel arrangements). The line also allowed guests to rebook on other Holland America sailings.  A number of guests, according to Holland America, rebooked for sailings leaving Ft. Lauderdale on Dec. 15.

“This is what your trade association was built for, and ASTA is here to help you through this crisis. Our team of experts is working around the clock to get you to the front of the line for any and all relief options. We encourage you to plan now for the future success of your business, and our industry.” 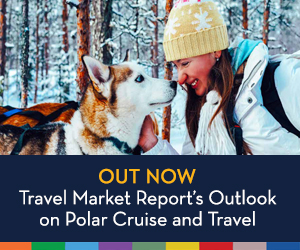 All of Hurtigruten’s cruises will be suspended until at least May 12, with some pushed back further into the summer because of travel restrictions.

The news brings an end to a long journey for both crew and guests.

Zaandam and Rotterdam Arrive in Florida Thursday, Waiting to Disembark

According to Holland America, there are nearly 1,200 guests onboard who are fit for travel per CDC guidelines and all guests would be transferred straight from their ships to charter flights home.

The policy will now be available for existing and new bookings on all of Royal’s brands—RCI, Celebrity, and Azamara—through Sept. 1, 2020.

Norwegian Cruise Line, Regent, and Oceania Suspend Sailings through May 10

Norwegian Cruise Line Holdings has extended its voluntarily suspension of sailings for all of its brands—NCL, Regent, and Oceania—through May 10 as part of the global efforts to help contain the spread of COVID-19.

Holland America Line said it will protect travel advisor commissions on bookings for cancelled cruises that were paid in full and for the total amount of the Future Cruise Credits when guests rebook.