For most people, working for CNN would be the pinnacle of their career. But for Jennifer Weiss, it was part of a journey that led to a later career as a travel advisor.

While growing up in Atlanta, Jennifer leaned toward a career in journalism. During a break from high school, she got a job working as a news writer for CNN. She didn’t realize how lucky she was.

“CNN had only been on the air for a year,” she said. “It was much easier to get a job there then. I actually had stories on air the first night I worked there.”

Working at CNN was a great experience that strengthened her desire to go into journalism. Then she changed her mind. “I saw that journalists were living at home making minimum wage,” she said. “They were happy, but I wanted a little different career.”

She returned to her earlier aspirations to study law. “I naively decided that I would put law and journalism together,” she said. “But little did I know that those jobs were very hard to come by.”

Law, journalism, and serendipity
After graduating from law school, Jennifer took a position with a law firm and put in five years. “I had a lot of serendipity in my legal career.” said Weiss. “In my summer associate job after my second year, I met a media lawyer and worked under him. He represented some great media clients. I had some terrific experiences. I did a lot of media work, as much media work as I could do.”

With her experience and media contacts, she was a natural fit when an opening came up in CNN’s legal department. “I was an assistant general counsel in the legal department at CNN,” she said. “That meant doing pre-publication review of stories; working with producers and reporters for investigative pieces; and helping to clear the work for potential defamation claims, copyright issues, and those kinds of things.”

She worked hand-in-hand with journalists. That included some on-air work during live programming, including being connected to Larry King through an earphone so she could warn him if he drifted into an area where there could be legal jeopardy.

In the hectic world of 24-hour news, CNN’s legal staff had to balance the urgency of getting news on the air against the necessity of thoroughly vetting stories for potential legal problems. It was challenging and stressful work, but Jennifer loved it.

She worked at CNN for 13 years. In 2003, she put her CNN career behind in order to raise her family and tend to some health issues of her parents. “It was time to focus on that for a while,” she said. “I had been there for a long time. I had had a lot of wonderful experiences.”

Family and travel
Jennifer spent the next dozen years raising a family. Freed from the grueling schedules of CNN, she was able to pick up on the family tradition of traveling.

“I had been very fortunate growing up,” she said. “My dad, in particular, really loved to travel and took us to a lot of wonderful places. I had been brought up traveling, and I had good destination knowledge from that. Then I continued to explore the world with my own family.”

When she was 13, her family traveled to England, Ireland, Scotland, and Holland. At times, the trip was a test of patience for a 13-year old. “My dad really wanted to see the Cliffs of Moher,” she said. “It was a pretty long drive and I was being a cranky kid, thinking that I wasn’t going to enjoy this. Then we got there, and I’ll never forget that experience, how transformative it was, how absolutely beautiful.”

As a mother, when her family traveled, Jennifer was the one putting the trips together. Without intending it, she was preparing for her next career. When her son graduated from college and her daughter graduated from high school the same year, the family celebrated with a big trip to South Africa.

“We took a phenomenal family trip to celebrate,” she said. “After going there, I understood it. And now, I put together trips to South Africa and Africa for clients all the time.”

Chapter 3
In 2015, when her children were graduating and starting to make their own paths in the world, Jennifer surveyed her prospects. “When my daughter was a senior in high school, my family encouraged me, saying that I still had another gig in me,” she said. “So, I had to think long and hard about what I was going to do. I wasn’t done working. It was time to work again.”

As she considered her possible new career, she kept returning to travel. “I had the background, but I didn’t know how the sausage was made, how it worked from the other side,” she said. “I just understood it as the go-to person to plan a trip. I had worked with various travel advisors over the years, as well. I certainly had respect for them, but I didn’t understand how the business worked. So, when I was doing soul searching, this came to me as something I could enjoy and be passionate about and hopefully be successful with at the same time.”

She sent an email to Virtuoso. Her serendipitous good luck seemed to have not abandoned her.

“I expressed interest and told them about myself. I got an email back within an hour asking follow-up questions about my particular destination experience recently. I sat there with my daughter and started writing about where we had gone in the last six months, a wide variety of places, and I gave my perspective on the properties and the destinations."

She also told them about her background in law and in media.

“They got back to me following morning, saying that the president of Century Travel in Atlanta would like to meet with me. I was heading to New York that day on a girls’ trip with my daughter and her best friend and mom that we do every summer. We were heading to New York for the Taylor Swift concert and a little fun.”

She got an appointment to meet before departing for New York and was hired.

“It was right before the annual conference in Las Vegas,” said Weiss. “He asked me if I could go to that. My daughter was a cheerleader and I was team mom for cheerleading, but I looked at my calendar and said I could go to two days of it. He said, ‘It’s so overwhelming that two days might be perfect for you. You will learn a tremendous amount.’”

She had her first client already. “I had a friend who wanted go to Monaco in a few weeks,” she said, “so when I went to Virtuoso, I was making sure I met the right partners for Monaco. I was so brand new at it.”

Adult education
It turned out that both working at CNN and raising a family had been good training for selling travel.

“It’s the same thing with travel,” she said, “working with so many international suppliers in putting together these experiences for people. You’ve got all these time changes. So, you wake up in the morning and overnight you’ve gotten proposals for Africa and for Europe and everywhere else in the world that is not in your time zone. So, you’re kind of working all the time because of that.”

Jennifer found that the experience of working at CNN was useful for travel. Both require diligence, attention to detail, curiosity, skill in doing research, and passion about learning about other places and cultures.

Tricks of the trade
She started in 2015 with Century Travel, which was purchased the next year by TravelEdge. Last September, Jennifer moved to a smaller agency called Currie & Co. Travels Unlimited.

“I recently made a move, with no ill feelings, from a larger agency to a more boutique situation because it suited me. Currie & Co. is a very hands-on boutique agency, a smaller environment. Betty Jo Currie founded it. She has been in the business for 24 years.

“Travel Edge is also great. There are terrific people there. It’s just a different set-up, nothing negative. Both agencies I’ve worked with have been very collaborative. There were fantastic leaders at Travel Edge, and Betty Jo is a phenomenal leader at Currie & Company.”

Both are Virtuoso agencies, so from a client standpoint, there’s not a lot of difference. “They’re getting the same amenities, contacts, and relationships, that kind of thing,” she said. “It’s more on my end that it’s different.”

The networking from her time at CNN also helped her travel career. “I built my own client base completely from scratch,” she said, “because I know a lot of people. One trip builds on the next. People say it takes about two years to reach a critical mass, where you’re starting to get lots of referrals. That certainly happened to me. I get new clients almost every day. It’s easy because everybody wants to go someplace.”

When someone reaches out to her about a trip, she starts by asking questions. “First of all, I do my best to get to know them,” she said, “because it is a matchmaking thing to put the right trip together for the right people. And even for the same client, they don’t necessarily want the same kind of trip or have the same budget for each vacation.”

The right questions lead to the formulation of a profile. What’s your budget? What’s on your bucket list? What do you enjoy in terms of your interests, such as pop culture, history, architecture, food and wine? Do you like boutique type properties or larger properties?

“There are no right or wrong answers to any of this,” she said, “but you have to be a very good listener. And then you need the relationships with the right experts and partners around the world to put it all together. It is also important to travel a lot and experience a lot yourself, because there’s no substitute for first-hand experience.” 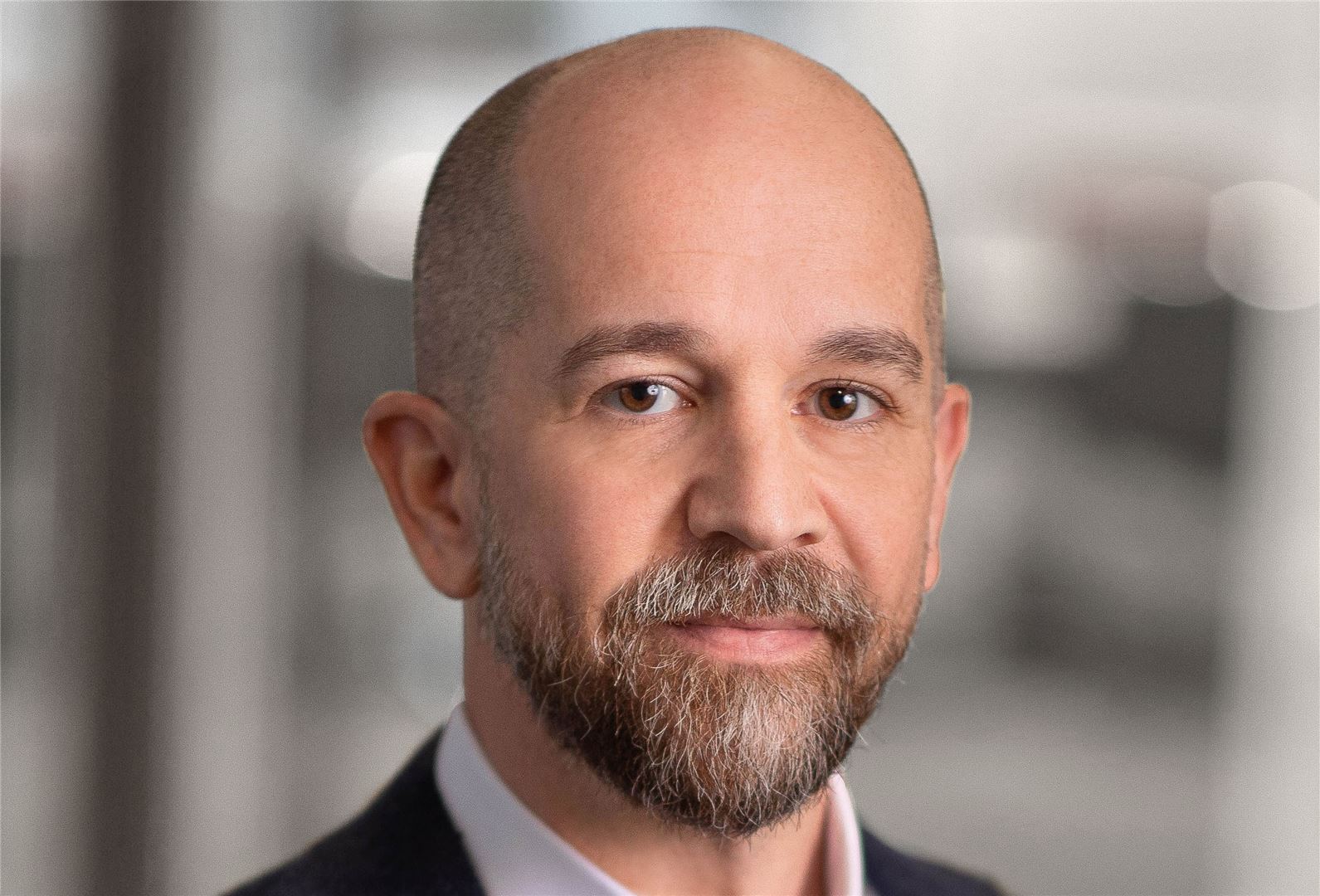 In a statement, Travel Leaders said that Chaco is leaving the organization to pursue other opportunities and O’Hara, who has worked closely with Chacko over the past year, will take on both CEO and President duties.