Amanda Biggerstaff, owner of Travel Adventures By Amanda, has been a travel agency owner since 2018 when she bought Dreams Vacations Franchise. Biggerstaff, who currently lives in Memphis, Tennessee, was able to break even in 2019, a major milestone for a new-to-industry owner, and was setting her sites on a big 2020 until COVID-19 hit.

“I was on pace to double my sales and then COVID happened,” she said.

Biggerstaff, like so many travel advisors, is starting to see some rays of light coming out of the COVID-19 pandemic. But her outlook is different because of her background. For Biggerstaff, her experience as a military veteran has made all the difference. 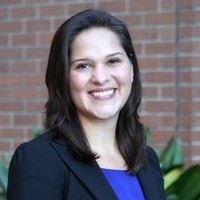 Entering the military
Biggerstaff was born into a military family. Her father was in the Air Force, which made her childhood experience, like a lot of other “military brats,” one of constant change and travel, she said.

Following her father’s lead and joining the military was always in the back of her head, but she initially followed a different path. She attended Emory University as an undergrad with plans to go onto law school after. She was in her junior year at Emory, starting to look into the LSAT, when the attacks on 9/11 happened.

“It was time to be making a decision about law school and [the attacks] really made me take a pause,” she said. “I was a junior in college and I wasn’t sure if I was going to join the military and follow in my father’s footsteps. For me, that experience and the imagery of it made me feel like I was being called to do it and I was just maybe pausing this other plan that I have.”

Biggerstaff signed her military contract the next year, 2002, and would officially enroll in 2003, serving as an intelligence officer in the U.S. Army until December 2006.

Moving into civilian life
Biggerstaff left the Army in 2006 and the move into the travel agency community didn’t come right away. Biggerstaff, who is still a licensed attorney, first pursued the goal she set out prior to joining the military. She took her LSAT and enrolled at The George Washington University in 2007, graduating with her J.D. in 2010.

She then got her start in law, working for a short time as a law clerk with the Amtrak Office of the Inspector General, and then as an associate attorney with a Los Angeles-based law firm for four years. When her and her husband made the move to the suburbs near Memphis because of his work, in a state when she wasn’t licensed to practice law yet, she thought about making a change.

“I wasn’t licensed in Memphis, so I took some time off and I became a little bit more reflective,” she said. “One of the interesting things about the travel agency world is that this never seems to be someone’s first job.”

For many years, she said, she had wanted to be a business owner.

“I have a very entrepreneurial mindset and toyed with many ideas over the years. I had two years when we initially moved to Memphis and I was thinking about whether or not I would enter the legal field or move toward being an entrepreneur.

“I just kept coming back to travel. I have a real passion for travel, I was really fortunate throughout my entire childhood and my military experience to be able to travel.

When she saw a Dream Vacations advertorial in a franchise magazine, featured as a veteran friendly franchise, she decided to take the leap.

Becoming an agency owner
“I was really fortunate that it was a Dream Vacations franchise,” Biggerstaff said of her start in travel.

“You spend a great deal of time leaning about the industry and all of the different suppliers and what your niche is going to be. You spend a lot of time networking and just making sure people know this is what you did and why you bought the business.”

She was able to carry over a lot of what she learned during her time in the army, she said.

Some things didn’t come as easy, including selling.

“It is not something that comes naturally. My husband is in sales and he loves it. I am a planner, but my biggest hurdle is closing the sale. I have gotten better at it. Just getting out there and putting myself out there,” she said.

“In my May 2018 Dreams Vacation class, I know there was at least two veterans and one who were still active duty but transitioning out with his second career. Every place that I have ever lived, my husband is a veteran too, we tend to join an organization or gravitate to other veterans. We just have a unique perspective or a unique experience. You generally like to connect with others who have also had that same experience,” she said.

That experience has also helped put the impact of COVID-19 on her business, and her life, into context.

“For those of us who have been through the military or been through 9/11, things that change our lives drastically, it can be really easy for us to be shortsighted,” she said. “But travel has existed for a really long time and it always rebounded back. If it’s a dream that want, keep doing well.

Biggerstaff also offered some advice for those thinking of following her same path.

“I do think for somebody transitioning out, it helps to buy your franchise early-on. This franchise in particular, we have to build that business from the ground up. You want to have a good savings in place or another stream of income as you build your business.”

Travel Advisors Share What They Have Learned during the Pandemic

These past nine months have driven innovation and resilience in travel advisors like never before. Here's what they've learned.

U.S. Travel Association Urges Americans to Do Their Part When Traveling for the Holidays

While holiday travel will be down this year due to the COVID-19 pandemic, 50 million Americans are still expected to travel this Thanksgiving, according to AAA Travel.

Video: How to Manage Time & Boundaries With Clients Without Compromising Service

Angie Rice and Janet Semenova of Boutique Travel Advisors joined TMR last week to talk about managing time and boundaries with clients, while not compromising service.

'Such an unqualified proclamation ignores not only the fact that each traveler has her own level of risk tolerance, but also fails to acknowledge the critical role travel advisors play.'

Build your business back better for travel’s rebound by growing your potential client list.