Regent Seven Seas Cruises on Tuesday announced that the name of its newest ship, scheduled for delivery in the fourth quarter of 2023, will be Seven Seas Grandeur.

As Regent’s sixth ship and sister ship to Seven Seas Splendor and Seven Seas Explorer, Seven Seas Grandeur follows a build estimated to be approximately $665 million, will be 55,254 tons, and host just 750 guests onboard.

“The culmination of a 30-year heritage of perfection, Seven Seas Grandeur is the latest evolution in luxury cruising,” said Jason Montague, president, and chief executive officer, Regent Seven Seas Cruises. “We are immensely proud that by the end of 2023 we will have welcomed a sixth member to the world’s most luxurious fleet. It’s a testament to the expanding demand for luxury cruising that the Regent brand is driving thanks to our perfectly sized ships offering unrivaled space at sea.”

Further details about Seven Seas Grandeur’s suites, restaurants, amenities, and onboard experiences will be revealed leading up to its 2023 debut, with the inaugural season unveiled and open for reservations on Sept. 22, 2021.

One detail that has been revealed is the inclusion of the cruise line’s signature specialty restaurant Compass Rose. Guests are able to design their very own entrée from preferred sides, sauces, pastas, and main features such as Black Angus filet mignon, New Zealand lamb chops, Maine lobster tail, and king sea scallops. The restaurant also has daily changing specials, as well as a wide vegan and vegetarian menu.

The new design of Compass Rose starts outside the restaurant, with a cascading waterfall sculpture fashioned with laser-cut metal and hand-blown glass. Once inside, guests will be greeted by a “canopy of interwoven crystal and wood-edge illuminated trees arching overhead, giving the impression of dining in a beautiful and enchanted forest.”

At night, the structure will be illuminated with thousands of individually placed crystal-faceted leaves which are encrusted on the kaleidoscope of pillars and branches surrounding the restaurant and twinkling lights surrounding the windows.

Adding to the atmospheric dining experience will be a custom-designed mural by Confluent Studios. Crafted with gold-leaf and Verre Eglomisé, the mural will depict the flora and fauna at the forest’s edge. 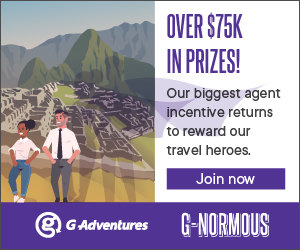 Murphy is the son of co-founder Jimmy Murphy.

The program includes a commission opportunity for advisors.

Castro, a South Florida native, has over a decade of experience in cruise marketing.

Crystal Suspending All Operations After Parent Company Files for Liquidation

The company said that the suspension is an “opportunity to evaluate the current state of business" and "examine various options moving forward.”