Part of the joy of travel is that you never, ever can see it all — and that goes for hotels even more than destinations. Here is a roundup of new properties opening in 2019 that we want to visit, and that we think you and your customers might like as well.

Four Seasons Resort and Residences Napa Valley, Calistoga, California
“Grape-to-glass” takes on new meaning at this hotly anticipated resort, with its own fully operational winery. Sip its signature cabernet sauvignon on a private terrace or by the adults-only pool, while the kids have fun in their own private club. 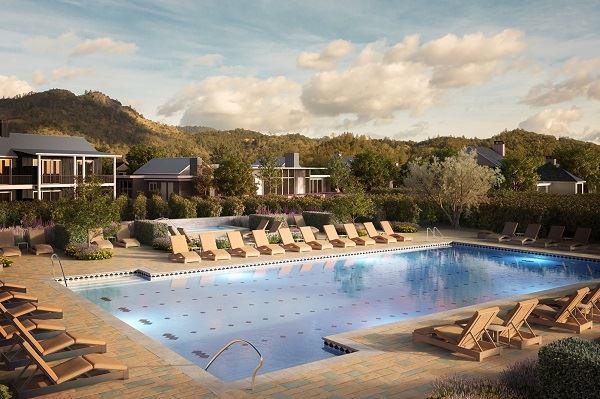 Baker’s Cay Resort, Key Largo, Florida
The newest member of Hilton’s Curio Collection, Baker’s Cay Resort is set on a former pineapple plantation on the Key that Bogart made famous. It offers a beach, waterfalls, hammocks, suites with wrap-around terraces, four restaurants and a food truck — and gorgeous views of Florida Bay. And of course, you can pay with points. 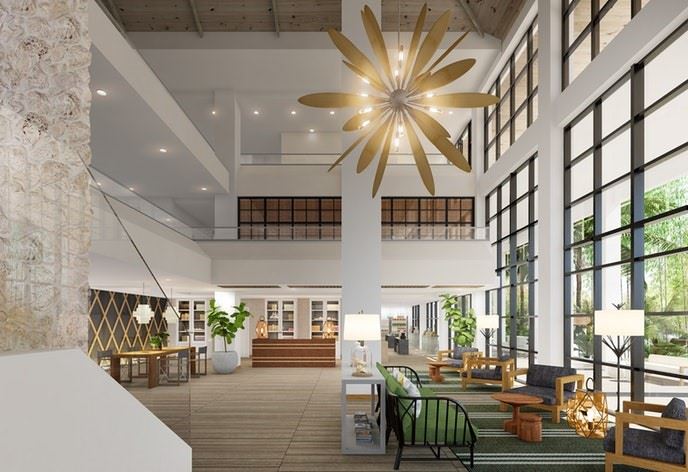 Surfside Inn & Suites, Orlando, Florida
A great family vacation is more affordable as Universal Orlando has added much-needed, two-bedroom suites that sleep up to six, and rates starting below $100 a night. A free shuttle to the theme parks and early admission are included. 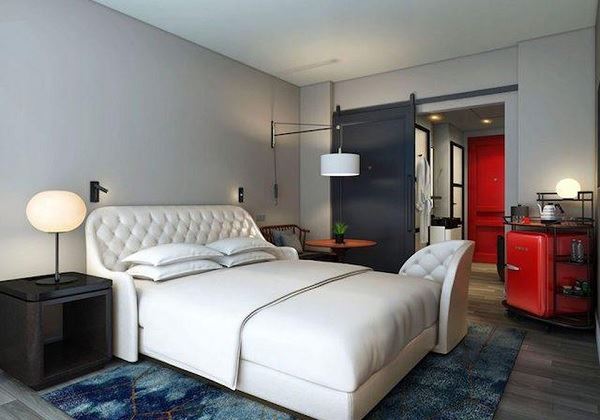 Halepuna Waikiki by Halekulani, Honolulu, Hawaii
A multimillion-dollar transformation of the former Waikiki Parc Hotel, this new boutique property will be operated by the management team of the nearby five-star Halekulani resort. Notable are the floor-to-ceiling windows and a lobby-level open kitchen — but best of all is the separate kitchen completely devoted to chocolate.

Rosewood Miramar Beach, Montecito, California
Perhaps you’ll run into Oprah or Ellen DeGeneres at the poolside ice cream parlor at this new luxury property in a star-studded community. But even if not, the luxurious touches and stately rooms will make you feel like a star. 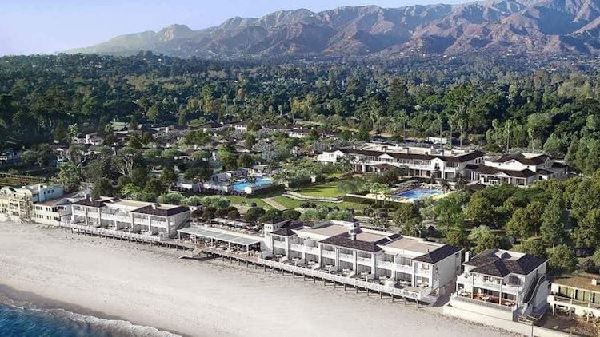 The Hoxton, Chicago, Illinois
The hip Hoxton brand continues its American expansion, opening this year in Chicago and downtown Los Angeles. In Chicago’s emerging Fulton Market, the hotel will channel the European brand’s “open-house” concept with a spacious lobby, designed for locals and guests alike, and a rooftop pool and bar. The 182 rooms will be outfitted with leather headboards and warehouse-style, floor-to-ceiling windows, giving a nod to the district’s industrial past.

The Last Hotel, St. Louis, Missouri
Set in the former International Shoe Company building, this stylish 142-room downtown hotel offers design elements like custom-crafted furnishings, original terrazzo floors and brick walls — plus a rooftop bar and pool where you can sip a martini or the hotel’s proprietary gin (made by the award-winning Still 630 Distillery).

Shinola Hotel, Detroit, Michigan
Motor City is abuzz about this first hotel from luxury watchmaker, Shinola, where the rooms will feature signature clocks and blankets; food and beverage will include craft beers and locally sourced ingredients; and “Shinola Alley” will offer retail space to brands like Le Labo and Madewell. 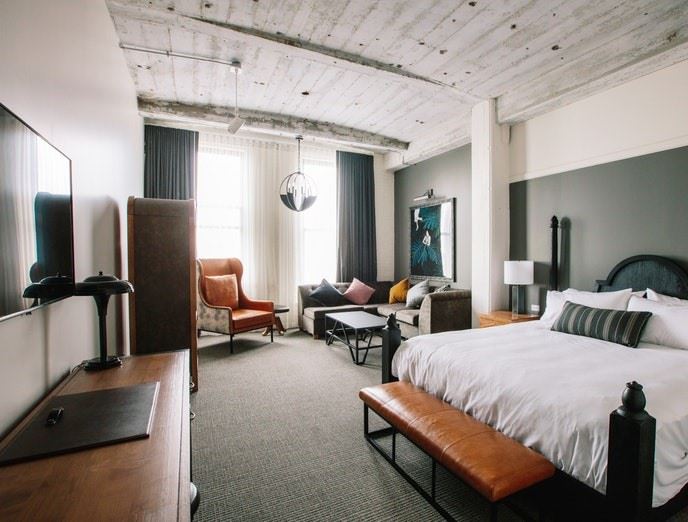 Inside a room at The Last Hotel in St. Louis. Photo: Matt Haas

Equinox Hotel, New York City, New York
Can a fitness company run a great hotel? Equinox has hired a former Four Seasons executive to find out, as it plans dozens of properties, beginning in New York in Manhattan’s Hudson Yards. Look for a luxury setting with a healthy mindset, including state-of-the-art workout facilities, active programming, and nourishing fine dining. 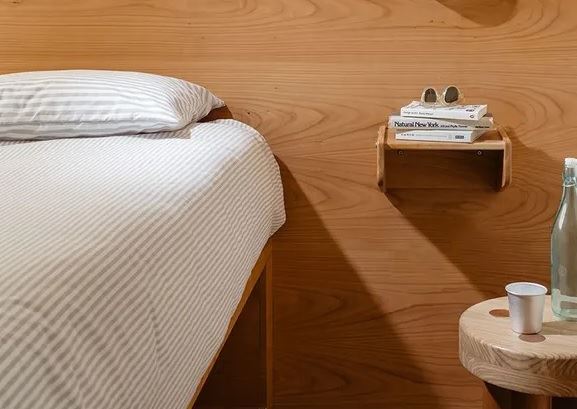 The TWA Hotel at JFK, Queens, New York
The history of the travel industry will come alive at JFK Airport, where in the iconic TWA Terminal, originally designed by Eero Saarinen and opened in 1962, The TWA Hotel will open this spring. The museum in the lobby will tell part of the story — but so, too, will the deck pool, with its views of the runways and a cocktail bar inside a refurbished TWA Lockheed Constellation. Watch for the Jetsons in the Paris Café, where celebrity chef Jean-Georges Vongerichten flies high. 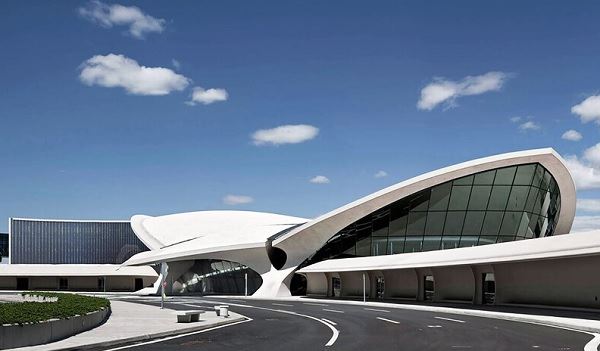 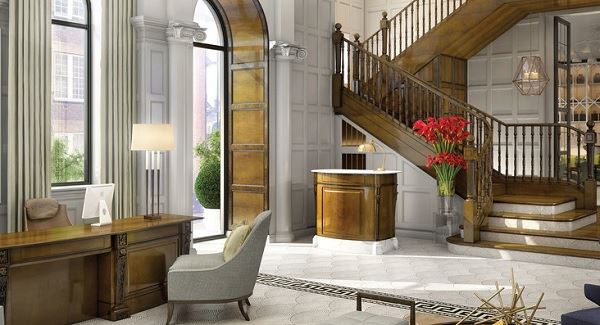 Kachi Lodge, Uyuni Salt Flats, Bolivia
Here, visitors can enjoy the perfect romantic night: Dinner at the lodge’s restaurant, by the award-winning La Paz restaurant Gustu; and then watching the stars through the clear walls of these six, domed guest tents, complete with en suite bathrooms, from Amazing Escapes.

Nobu Hotel Los Cabos, Mexico
Transporting minimalist Japanese design to the Mexican beachfront, this “Japanese beachhouse” offers the unusual combination of a Nobu restaurant and frequent traveler points through the Leading Hotels of the World. The Farmstead at Royal Malewane, South Africa
Safari in style at one of three Luxury Farm Suites or a four-bedroom villa with a dedicated chef, butler, housekeeper, safari vehicle, ranger and tracker — not to mention a vast deck where guests can eat while watching the wildlife at the adjacent waterhole.

Six Senses Shaharut, Arava Valley, Israel
The spa and resort brand is coming to the Negev Desert in tiny Israel, where the ancient and the religious and the modern cross in a country the size of New Jersey. Promising large rooms with lots of outdoor space and private pools, and on-site restaurants highlighting fresh ingredients from the resort’s gardens and nearby kibbutzim, it’s surely not the way Moses crossed these sands.

Check in: Late in the year

Discovery Rottnest Island, Perth, Australia
Eighty-three tented suites with outdoor decks and walking trails are shared with the local pet marsupial, the quokka, on this protected island Rottnest, near Perth.

Waldorf Astoria South Malé Atoll, Ithaafushi, Maldives
A 30-minute yacht ride brings you to a fabulous private villa in the middle of the Indian Ocean. A yoga pavilion and dinner in a treetop restaurant beckon. This is a brand new Waldorf Astoria property. Enough said. 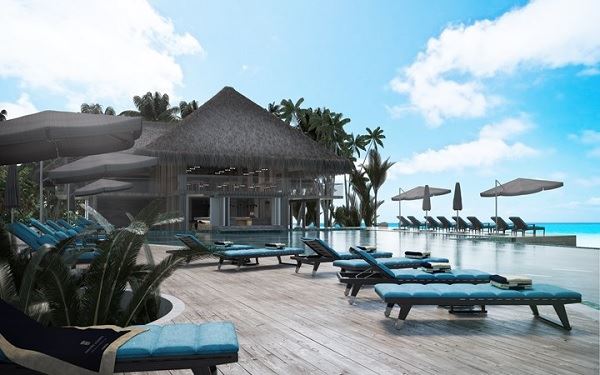 Photo: Leading Hotels of the World

With additional reporting by Jessica Montevago