Virgin Voyages on Thursday revealed more details and images of Scarlet Lady, the first of its four ships set to debut each of four consecutive years starting in 2020.

According to Senior Vice President of Design Dee Cooper, Virgin headed into its design process trying to create something other than “the same old box of a bedroom that our sailors would only use to lay their head down at night.” Instead, the team “wanted to reshape the entire experience.

“Whether it’s sleeping, socializing or stargazing they desire, our cabins will transform to match our sailors’ whims. Stylish yet somehow still informal, these cabins change the face of modern sea travel.”

Ninety-three percent of the Scarlet Lady’s 1,330 cabins will give guests an ocean view, with 86 percent offering a balcony, which Virgin is calling a sea terrace.

Virgin is trying to attract all kinds of adult travelers with a number of different cabin styles, including bunk-bed rooms that sleep four, cabins for solo travelers, and cabins with a seabed that can be transformed into a seating area for others onboard if a guest wants to entertain in their cabin. 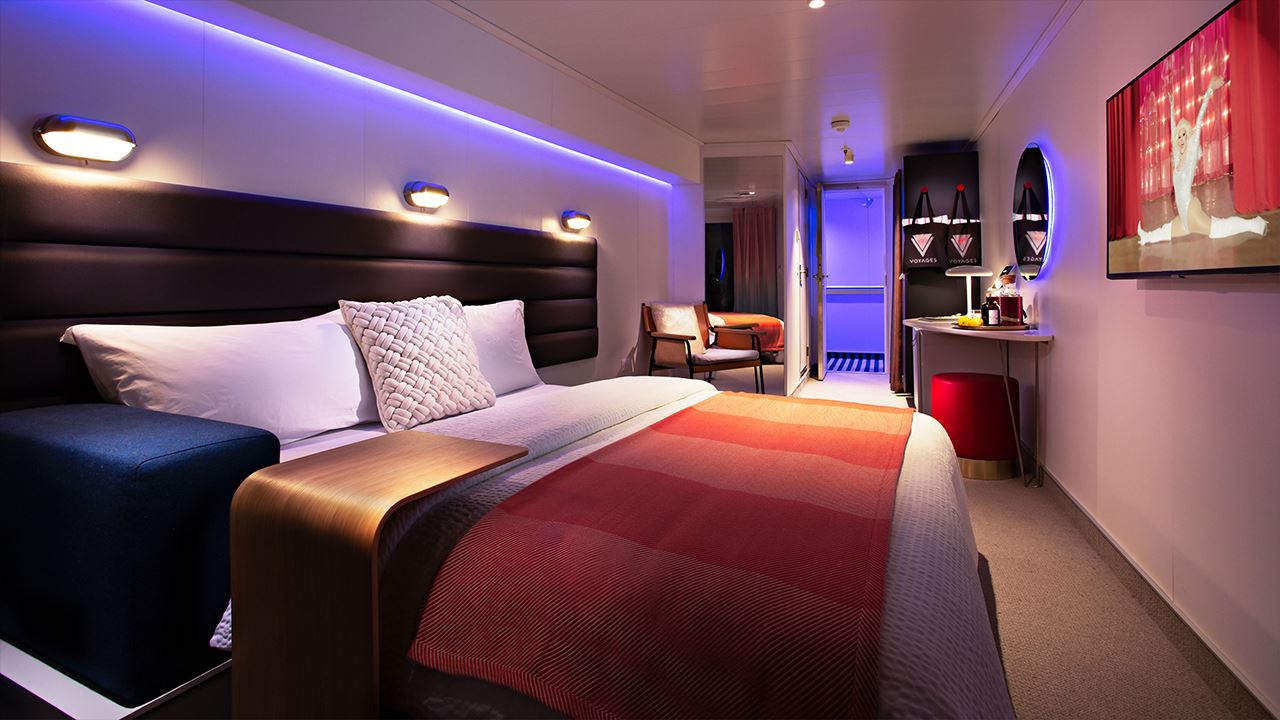 A view of the Seabed set up for sleeping. Photo: Virgin Voyages.

All of the cabins will feature Virgin’s signature cabin lighting that adjusts based on the time of day and where the ship is sailing, going from blue at sea to gold to purple in the Caribbean. Each cabin is fitted with PIR presence sensors that will dim the lights, close the blinds, and put air conditioning into eco-saving mode when someone is out of the room.

Amenity-wise, each cabin will include flat screen TVs, minibars, flexible wardrobes, and a rain shower head. Each balcony cabin will feature a hammock designed by Yellow Leaf. 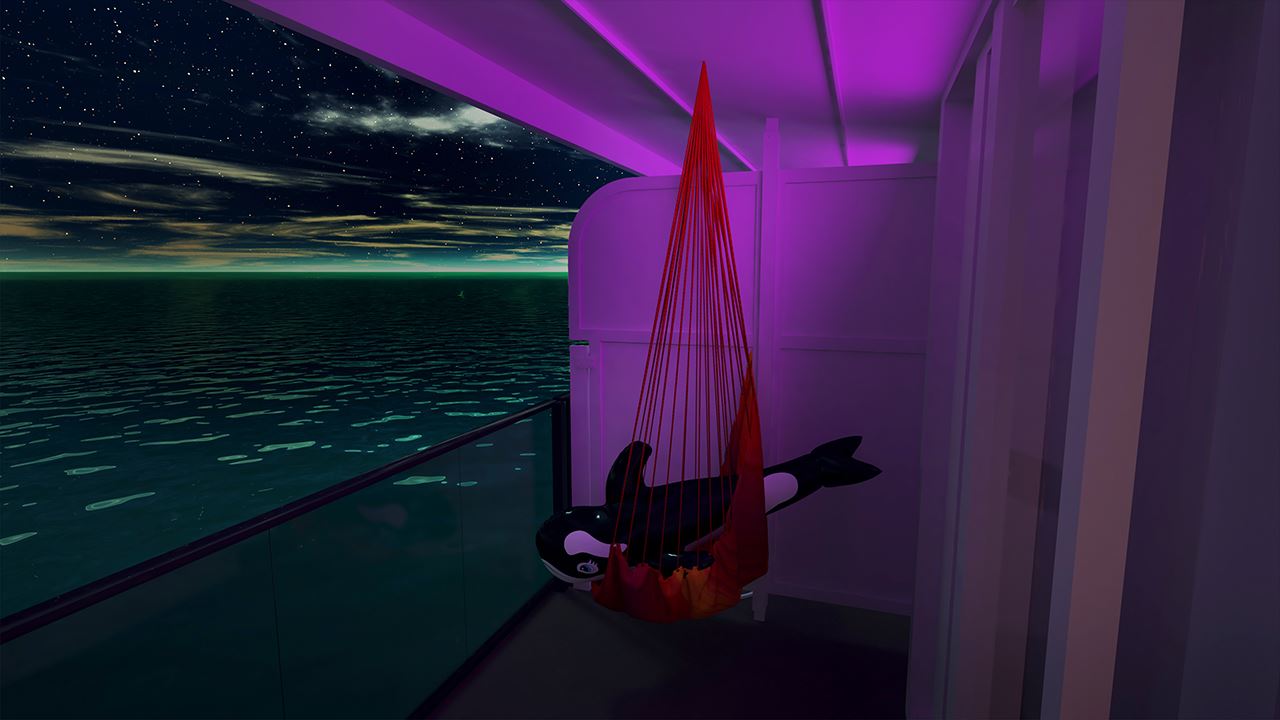 Itineraries
For its inaugural season out of Miami, Scarlet Lady will sail three different itineraries: four- and five-night “Havana After Dark” itineraries that include an overnight stay in Havana; a five-night “Mayan Sol” sailing that calls at Costa Maya; and the five-night “Dominican Daze” itinerary that sails to Puerto Plata.

All sailings in Scarlet Lady’s inaugural Miami season will leave the city at 7 p.m. on embarkation day.

The journeys go on sail on Feb. 14, the same day more details about the ship’s onboard offerings will be revealed. The shore excursions options, which Virgin is calling Shore Things, will be released later this year.

MSC Cruises this week revealed its plan to return to service in the Mediterranean later this month, a glimpse into what the new normal could look like.

MSC on Monday released its plan that could see two of its ships return to sailings in the Mediterranean later this summer.

Holland America Is Bringing Back the ‘Rotterdam’ Name

The line on Thursday announced that its newest ship, which was set to come into service under the name Ryndam, will now be called Rotterdam.