At Travel Market Report, we put you -- the travel professional -- in the spotlight. Is there a travel agent you would like to see profiled in this space? Do you have an interesting story to tell?  Drop us a line at editorial@travelmarketreport.com. 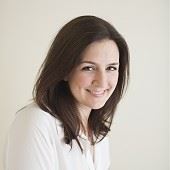 A newly minted teacher, Bergner was waiting tables on the side to pay off her graduate-school student loans—and Jay Johnson, owner of the agency where she now works, was a regular customer.

Bergner told him how dissatisfied she was with the paper pushing, the bureaucracy, and the long hours she was putting in as an inner-city teacher. And one day, when Johnson’s agency had opening, he offered her the job.

“I’ve never been out of the country,” she replied. “I don’t even own a passport.”

But despite being a cautious person who “never dives in,” this time she took a chance.

At first Bergner only worked Saturdays, and continued to teach second grade. But in July 2007 she moved full-time to Coastline Travel, launching a career that would never have occurred to her if it hadn’t been for one of her favorite customers.

Into the shark tank
Still, there was a lot to learn. The first several months she just sat in Johnson’s office and listened to his phone conversations, watching what he did and how he did it. Much of his conversation revolved around Crystal Cruises, which today makes up 75% of her business.

Though it was “like being thrown into a shark tank” at first, Bergner loved the Travel industry from the beginning, and within six months took her first international trip (to Jamaica), followed soon by Crystal and Princess cruises.

Her hard work paid off. In her second year she produced $1 million worth of business, and doubled that in subsequent years.

Not bad for an ex-teacher who had no background in travel whatsoever.

“I came from a very modest background,” she says. “We did not do luxury vacations ever. We camped in our background or at a campground.”

Still, she attributes her success partly to the values she learned growing up and at her first two jobs. “I’m very humble. Whether someone has $10,000 to spend or $100,000, I don’t want them to waste their money, but to find the value in the vacation we create together” she said.

From waiting tables she learned that it’s all about customer service. “I make it a point to meet my clients as often as possible, whether they’re flying through LAX, or I’m visiting their hometown,” she said.

And teaching taught her how to multi-task, and how to deal with a lot of paperwork. To teach a roomful of children, “you have to prepare and plan in advance and think ahead,” she said. ”And I feel like I’m teaching now; I’m just teaching adults who are not experts in this area. It’s a different audience, and a different classroom.”

Her travel agency students, aka clients, come from all over the world—Ecuador, Australia, Europe, and beyond. Many have multiples homes. Although most are between the ages of 45 and 80, Bergner is also getting a younger crowd from the multigenerational travel she books.

Her business is mostly FITs, but she does do groups, both multigenerational and radio-station listener groups. Since her early days in travel, she has handled the annual Country Splashdown cruise led by country radio personality Shawn Parr. It attracts between 200 and 300 people a year, and about 100 of them rebook onboard for the next year.

In spite of her success as a travel advisor, those student loans from eight years of college still need to be paid off—and Bergner is still waiting tables four nights a week.

But now it’s a nice reprieve, a different type of work from what she does all day—and a source of new clients looking for a good travel agent.