Bangu Masisi, president, North America, for South African Tourism, feels sure she would not be where she is, working in tourism. And the country certainly would not have the thriving tourism industry it has today without Mandela.

Few single individuals have left such a striking mark on history as Mandela. Few would deny that he was the one man who saved the country from a bloody civil war and moved it peacefully from the oppressive apartheid regime that was internationally shunned to the thriving democratic country that today attracts people from all over the world.

Mandela emerged from prison, after 27 years as a political prisoner, as the one man who could bring the bitterly divided nation together, when it was experiencing ever-heightening waves of violence and disorder that were on the verge of exploding into all-out civil war.
Rainbow Nation
He introduced his vision of a Rainbow Nation, one that celebrates diversity as its greatest strength, no longer struggling to keep people apart because of skin color or national origin.

And perhaps even more importantly, he convinced South Africans to embrace forgiveness. If this man, whose life was stolen from him and who was forced to do hard labor and live in the most demeaning circumstances, could embrace forgiveness, who was in a position to challenge his belief?
South Africa tried it, and not without difficulty, has made it work — and has become a shining example to the rest of the world of the great productive energy that is released when people embrace diversity and universal human rights.

Face-to-face with Mandela
People around the world crowded around for an opportunity to get close to Mandela, just to see the great man, to bask in his aura. His charisma was great when he came to prominence as a leader in South Africa in the 1950s, and was incalculably greater as the man who emerged from prison to lead a nation. Masisi was one of the few who actually got to meet Mandela in person.
“I met him three or four times,” said Masisi. “It was a great privilege. For me, the highlight was meeting him when he was six months as president, in 1994. That was the first time.”

Masisi was doing marketing for a radio station, Radio 702, in Johannesburg. After Mandela became president, the station, like all South African businesses, wanted to know Mandela’s plans for the future. They organized an event that would gather members of Johannesburg’s business community, and they managed to get Mandela to make an appearance.

During his speech, Mandela made a joke about one of the journalists at the radio station who had been following him closely to report on his activities.

“Mandela spoke about her without mentioning her name,” said Masisi. “He said, ‘I know this person here, she’s almost like my girlfriend because she’s always following me around.’ Everyone thought he was talking about me, because the journalist he was referring to was white and I was one of the few black people working there. They thought, ‘It must be her.’ And because I was the PR person and had introduced the chairman of Radio 702, everybody said, ‘Bangu, please introduce us.’”

For once, it was an advantage in South Africa to be black. “There’s this funny thing in South Africa,” said Masisi. “White people think all black people know each other. They thought I must know him. I was the one introducing everyone, so they said, ‘Please introduce me.’ The chairman, the CEO, they were all lining up for me to introduce them.”
It became a self-fulfilling prophecy, because Masisi did get to meet with Mandela, and as the master of ceremonies, introduced him to the attendees.

“One thing about him,” she said, “once he knows you … he’s so good with names. So, when I met him the second time at his 78th birthday, he called me by name.” It was in 1996, when she was working for an advertising agency and running the media campaign for Mandela’s birthday celebration.

“Mandela’s guests were disabled kids,” she said, “and he gave them wheelchairs. It was phenomenal! You should have seen those kids, all the wheelchairs coming out. At his birthday celebration, there weren’t a lot of VIPs. Those kids were the significant people that day.”

Masisi also worked with Mandela during the 1999 election campaign, when she ran the media campaign for the African National Congress.

Masisi again met Mandela in 2003, when she was on the organizing committee for the ICC Cricket World Cup in South Africa. By then, Mandela was in retirement. “I was the PR director,” she said. “At the opening ceremony in Cape Town, Mandela was my guest of honor.”

It was Masisi’s last meeting with Mandela, but it was also the dawning of her awareness of tourism, which led her to where she is today.

Windows of opportunity
“I think the Cricket World Cup gave me a window to tourism because we asked South African Tourism to package all the cities where the games would play so that we could showcase the cities. It was a lot of work, but a lot of fun, and very exciting.”

It was the last time Masisi met Mandela. But as with so many others, the presence of Nelson Mandela left a deep impression she would carry the rest of her life.
“Oh my God,” she said, “you don’t understand. It was a powerful feeling just being around him. Just now talking about him, my heart is getting heavy, almost as if I’m going to see him. It is one of the momentous times of my life, I have to say.”

People who met Mandela often remember his perfectly chosen words. But more often, it’s not words they remember, but just the indescribable feeling of his presence.
Masisi recalls: “In my first conversation with him, I said to him, ‘I have been dying to meet you.’ He looks at you and there’s this fatherly warmth about him. The thing is, that’s all I could say. Nothing else could come out of my mouth. Then he just hugged me and said, ‘What’s your name?’ And that’s it.”

And just like that, with few words Mandela went through life making waves, changing everyone he came in contact with. He changed South Africa, and no one in the country was beyond the scope of the change he created. Masisi is one of them.

“This is the thing,” she said, “it just gave you a sense to say: Things happen, and whether they are right or wrong, just find a path for now. How do I go forward? Because you can’t change what has happened. It’s not necessarily that you forget. But for someone like him, having been so traumatized, going back and forth, being chased around country, ending up in jail, then coming out and saying, ‘Just hold on, people, just hold on.’

“’We can’t chase these people away,’ he said, ‘because, guess what? Because of the opportunities they’ve had while we were deprived…’
“He didn’t say it literally, not in so many words, but he was saying they still have the knowledge, they still have the best education, they know the systems. Let’s incorporate them while we figure out this thing. There’s no point in chasing them away. That’s just shooting blanks.

“That for me was like, okay, now there is democracy and whatever it is, as individuals, for your own personal purpose, you need to decide ‘How do I go forward?’ Take every little opportunity that you can and run with it, because there’s no point in complaining and not doing anything about it.

“I think that’s what gave me the sense to take every opportunity. I didn’t know anything about cricket and I just said I want to be part of this. Just apply, go for an interview, and then go onto the next one and the next one and apply.

“The determination in you will make you get what you actually want. Even at South African Tourism, I knew nothing about tourism, but I loved traveling. It was through a conversation with a friend. After the World Cup, for one year, I was working for a sports sponsorship company and I was just feeling like I wanted to do something different. And my friend said SAT is looking for people.

That was the last thing in my mind. I just picked up a phone.”

Today’s tourism: following Mandela’s footsteps
In 2018, the 100-year anniversary of Mandela’s birth, South African Tourism has been promoting tourism based on following the footsteps of Mandela. Having met him in person gives Masisi an extra inspiration for the promotion.

“That’s why, now I think with this itinerary, it’s easy for me to talk about the fact that Mandela was not only political, but he epitomized travel and tourism. Before 1994, before he was president, we had just over 3 million international visitors. Now we have more than 10 million annually.

“After that, people started to get interested in South Africa because of Mandela. Before that, going to South Africa was more curiosity, to see how people had come out of apartheid. Everyone thought we were all sad. They were surprised when they went to South Africa, that we are basically happy people, even in hard times. So, once they came, they wanted to come back. The word spread and it made tourism grow more and more.”

“That was the difference for me after meeting Mandela,” said Masisi. “It is: Did you take the positive path or the negative path?” 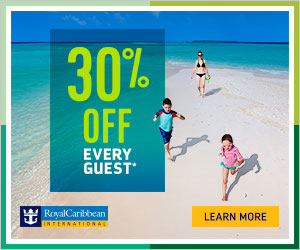