A long time ago in a galaxy far, far away…

Since the 1970s, these words have brought excitement, suspense, and joy to many generations of viewers. The Star Wars series has delighted audiences of all ages for decades, and since the first film was released in 1977, George Lucas’ vision has evolved into a global and cultural icon.

With the final installment of the latest Star Wars trilogy arriving in theaters on Dec. 20, fans of the franchise can look forward to visiting the exotic locations used in the films. Here is a retrospective look at some of the most iconic (and scenic) vistas in the galaxy. 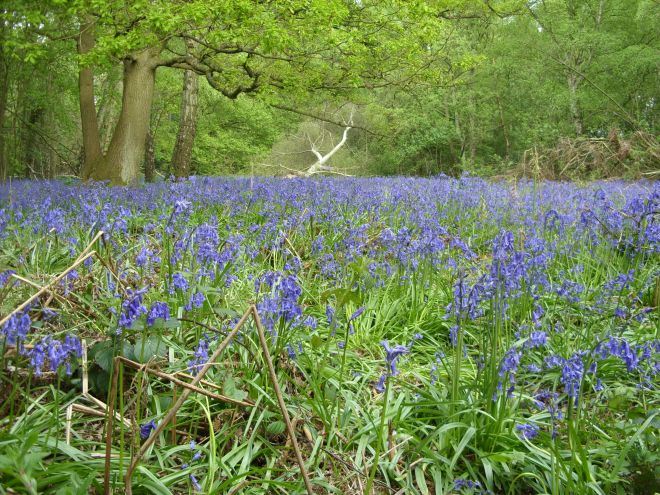 The fields of Bluebells in Whippendell Woods are a popular tourist attraction. Photo: Shutterstock.com

Believed to be more than 400 years old, the Whippendell Woods feature over 165 acres of lush fields and ancient woodlands, and have been designated a Site of Special Scientific Interest, due to its unique habitats, since 1954. This is the place where Obi-Wan Kenobi and Qui-Gon Jinn first meet Jar Jar Binks and the rest of the Gungans in “The Phantom Menace.”

These woods are used for a wide variety of outdoor activities, including horseback riding and nature hikes. It is also the site of the Watford 10K race, which is often referred to as the Bluebell run, as it takes place during the time of year when the park’s bluebells are in full bloom. 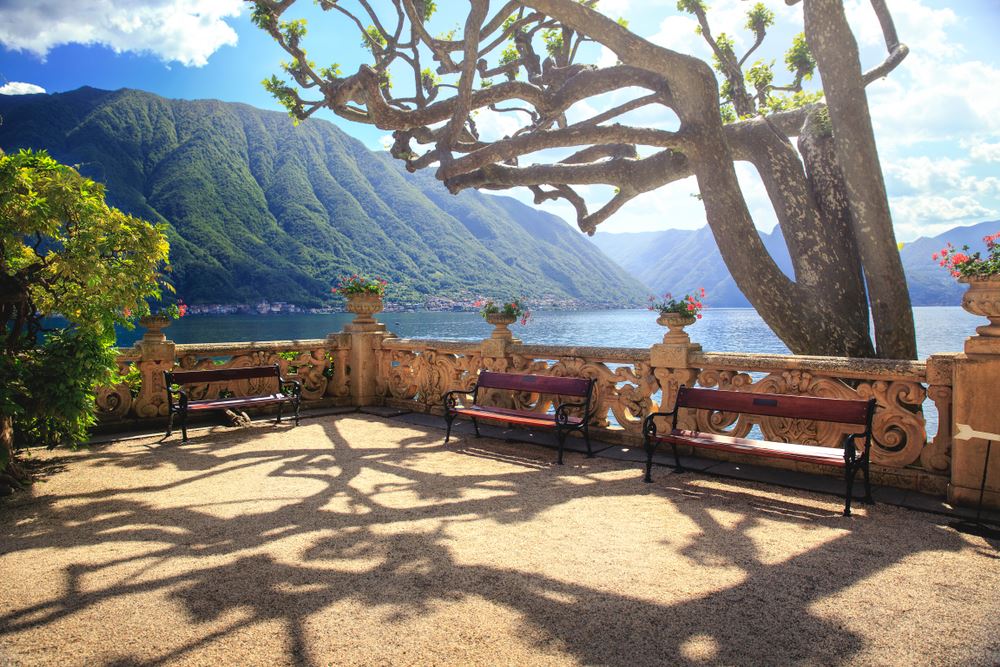 The Terrace of Villa del Balbianello, overlooking Lake Como, Italy. The villa is known for being used as a filming location for several notable films, including Star Wars Episode II and Casino Royale. Photo: Shutterstock.com

Built during the 18th century, Villa del Balbianello is located on Italy's Lake Como and serves as a popular site for destination weddings. It is also home to captivating plant life, including lush gardens filled with magnolias, cypresses, bushes of azaleas and rhododendrons, and hedges of box and laurel.

During the film "Attack of the Clones," Anakin and Padme go into hiding together at a lake retreat on Naboo. The villa's exteriors may have been digitally modified to better fit with the Star Wars aesthetic, but it's easy to recognize elegant terraced gardens and the balcony where Anakin and Padme passionately share a kiss (and a memorable conversation about the coarseness of sand).

3. Mount Etna, Italy - Mustafar in “Revenge of the Sith” 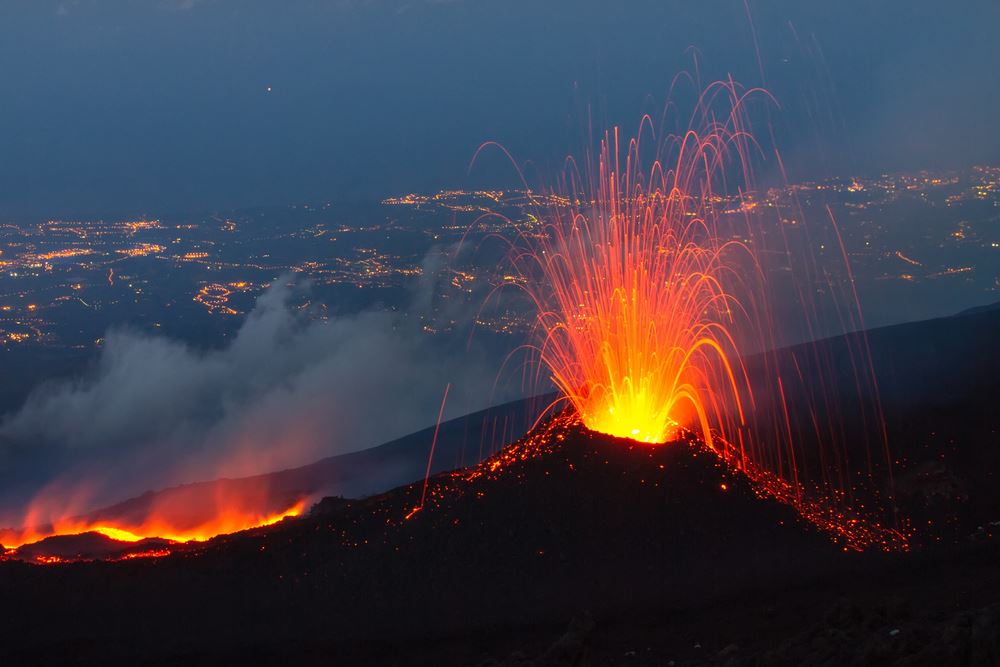 Lava flows and explosion ring out on Mount Etna during the eruption of July 2014. Photo: Shutterstock.com

If you’re going to shoot an iconic battle scene on a dark magma-strewn planet, there are few places more appropriate than Italy’s Mount Etna. Located on the east coast of Sicily, Etna is known for being the most active volcano in Europe.

And though the actors in "Revenge of the Sith" didn't actually have to battle among the lava flows of the Sicilian volcano, the site was used to create the captivating battle scene between Obi-Wan and Anakin on the lava world of Mustafar.

Travelers wishing to visit Mount Etna should be prepared to check weather and eruption conditions before going. At times, public access to the top of the wildly active volcano is prohibited for safety reasons. 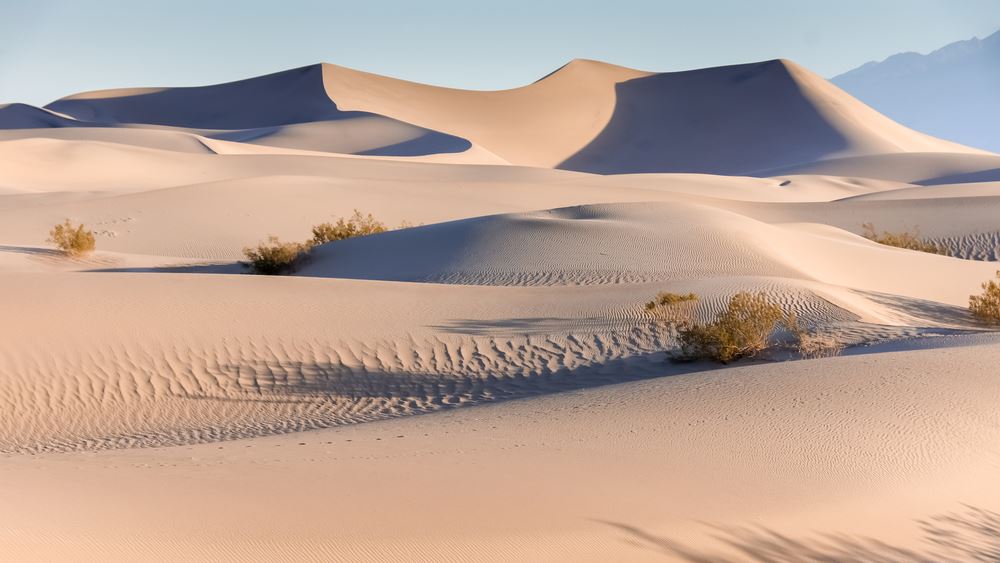 Death Valley is the largest national park in the continental U.S., with 3.4 million acres and nearly 1,000 miles of paved and dirt roads. The barren desert landscape of Death Valley National Park was used as the backdrop for Tatooine, the isolated home of Luke Skywalker in the film “A New Hope.”

Though a lot of Tatooine was actually shot in Tunisia, some of the most crucial scenes were filmed in Death Valley between the mountains of the Sierra Nevada and the Mojave Desert. Several scenes of C-3PO and R2-D2 traveling to Jabba the Hut's palace from “Return of the Jedi” were also shot there.

5. Finse, Norway - Hoth in “The Empire Strikes Back”

The small village of Finse, Norway offers a welcome escape from the hustle and bustle iof daily life. Photo: Shutterstock.com

“The Empire Strikes Back” is a fan favorite, with the battle on Hoth being one of the most unforgettable scenes in cinema history. The exterior shots of the ice world of Hoth were filmed in the small village of Finse, Norway; while the main battlefield scenes were captured on the nearby Hardangerjøkulen Glacier.

At Finse, it really feels like you have stepped into another world, from the climate, the mountains, and the absence of everything you are surrounded with in your daily life. There is no road access to Finse, and you can only get here by railway, walking or biking on the Rallarvegen.

Finse is the perfect place for experiencing beautiful nature, both in the summer and in the winter. Guides in the town of Finse are familiar with the area, and can lead visitors through the picturesque, snowy landscapes to where the Hoth scenes were shot.

6. Redwood National and State Parks, California - Endor in “Return of the Jedi” 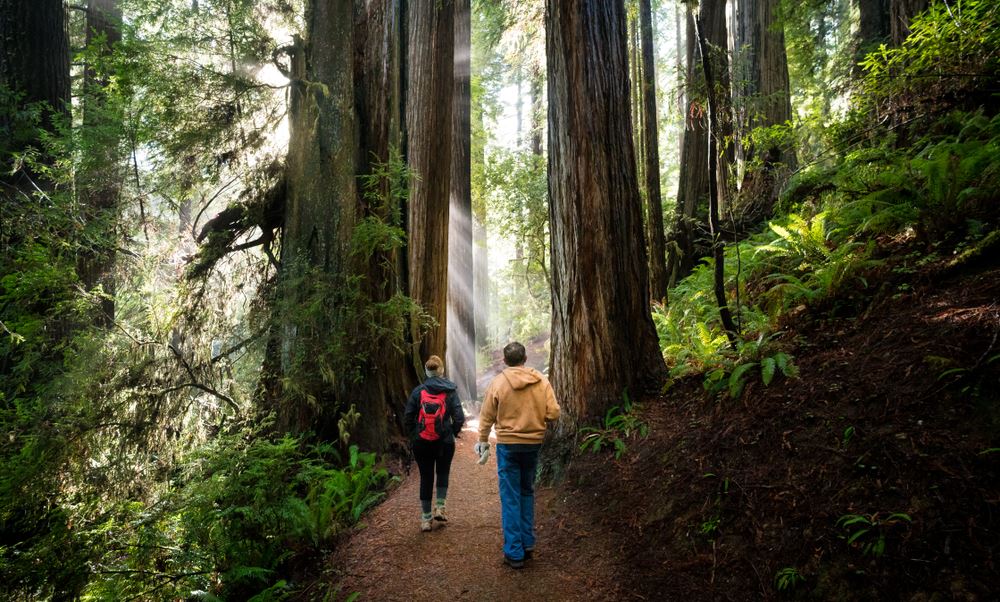 Serving as the backdrop for the forest moon of Endor, the Redwood National Park in northern California is much more than a collection of tall trees. This vast parkland contains more than 100,000 acres of woodlands, rivers and coastline.

Visitors can enjoy a wide range of fun outdoor activities, including several interesting exhibits, guided walks, and nature programs that are on offer at the various visitor centers.

Many captivating scenes from “Return of the Jedi” were shot at Redwood National Park in California, including the unforgettable hover bike chase through the woods. 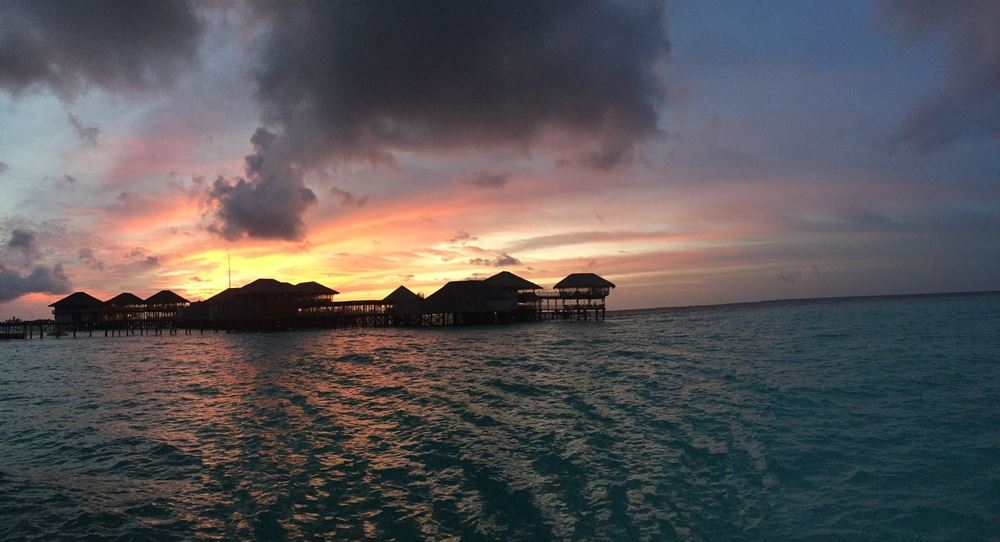 Over water restaurant at Maldives during beautiful sunset with ocean and sky background. Photo: Shutterstock.com

The Laamu Atoll, which comprises 82 of the 1,192 islands in the Maldives, stood in for the planet Scarif in the Star Wars film “Rogue One,” and it was the location that many of the massive battle scenes were shot.

Visitors can enjoy the breathtaking view of Laamu, from stunning white-sand beaches to an amazing underwater ecosystem that make the Maldives an obvious choice for the holiday of a lifetime. 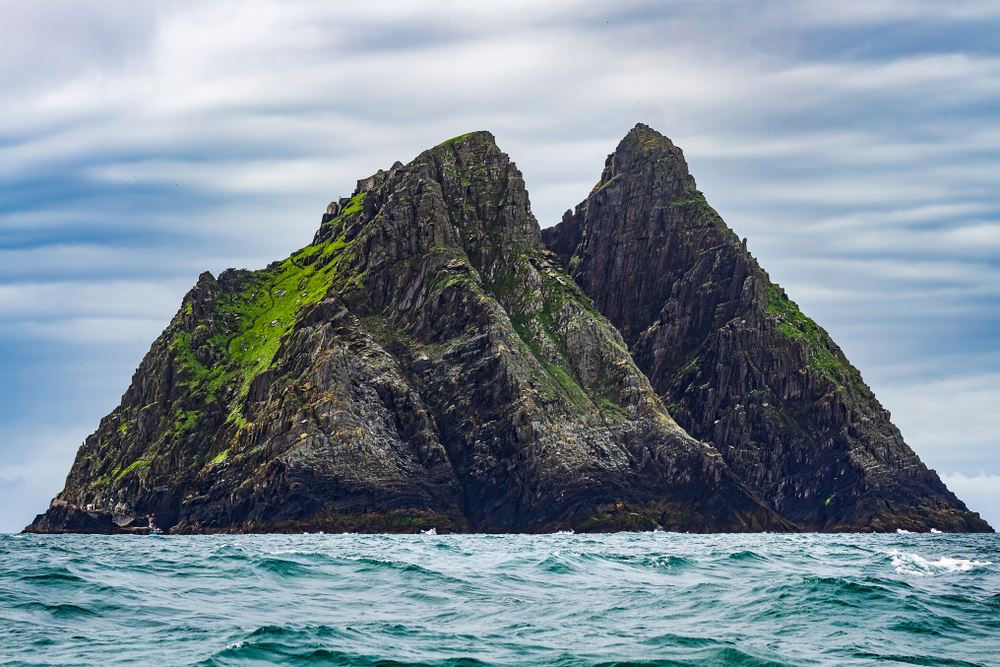 The small island of Skellig exploded on the Irish tourism scene with its starring role in “The Force Awakens.” And, that is not surprising. With its breathtakingly beautiful and rugged landscape, Skellig Michael is truly a hidden gem.

During the climactic final scene of “The Force Awakens,” the film’s hero, Rey, seeks out Luke Skywalker, who has been in hiding for years. This part of the film was shot on a rocky mountain surrounded by water, in the ruins of a seventh-century monastery, which sits on the island of Skellig Michael in Ireland.

The characters return to this site in "The Last Jedi" as Rey tries to convince Skywalker to train her in the ways of the force.

The Skelligs are two small, rocky islands situated off the coast of Kerry, and they are made up of Skellig Michael and Little Skellig. Little Skellig is the smaller of the two islands and is home to over 25,000 sea birds; while the larger Skellig Michael is a UNESCO World Heritage Site, designated as such because of its well-preserved monastic outpost of the early Christian period. 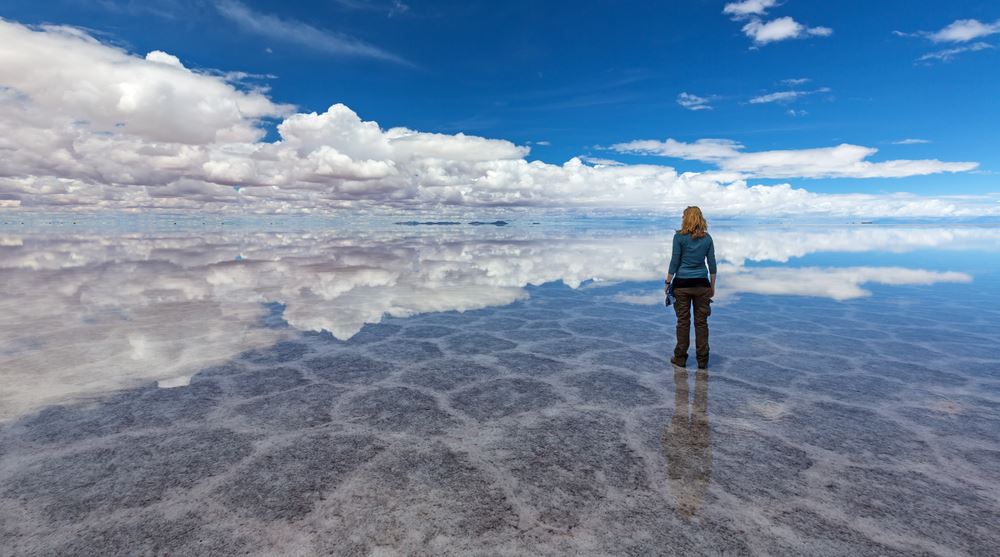 The latest installment of the franchise, “The Last Jedi” featured some of the most riveting scenes in the series, and few were as absorbing as the battle scenes shot on the salt-covered planet of Crait. This was where the Resistance held its last stand against the First Order.

The Crait scenes were captured near the crest of the Andes’ Salar de Uyuni, the Earth’s largest salt flat, which stretches more than 4,000 square miles across southwestern Bolivia.

The salt plain is a popular and scenic destination for tour groups. In the wet season, a layer of rainwater creates a mirror-like surface as smooth as glass. In the dry season, its geometric salt patterns imprint the earth, seemingly stretching beyond the horizon. Put simply, this place looks like a whole other planet. 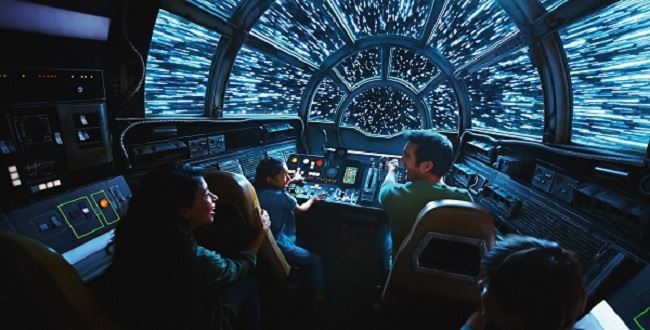 For fans looking for a more all-encapsulating Star Wars experience, Disney World’s new attraction, Star Wars: Galaxy’s Edge, will open to the public beginning on Aug. 29. Guests will be able to pilot the Millennium Falcon through (simulated) space; join the Resistance in their fight against the oppressive First Order; and even customize their own Lightsabers.

With all these great locations just a plane ride away, a dedicated theme park just months from opening, and the final installment of the new Star Wars trilogy arriving later this year, it truly is a great time to be a Star Wars fan.