The Fourth of July is about patriotism and the history of our nation, but it is also a time to reflect on our own personal journeys from childhood, reliving the annual traditions we shared with family and friends on Independence Day.

Whether on the east coast or west, residing in the north or south, the U.S. collectively spares no expense when paying tribute to our forefathers and the freedoms they provided – and some cities, in particular, outshine others when it comes to throwing a party. The Fourth of July has a way of bringing people together.

Here are the top five most spectacular celebrations to share in across the nation for America’s birthday, according to a recent survey by WalletHub:

Los Angeles, California
From Long Beach to Hollywood, the night skies all across Los Angeles will sparkle for the Fourth of July. After hitting one of the fantastic beaches that line the shore, Time Out says “explosive” celebrations will be held at AmericaFest at the Rose Bowl (fireworks start at 9 p.m. but festivities include a motorcycle stunt show that starts at 2 p.m.); the Pacific Palisades Fourth of July parade (also starting at 2 p.m.), featuring patriotic skydivers; fireworks over the ocean in Marina del Ray; or better yet, onboard the Queen Mary in the port of Long Beach, where live entertainment and patriotic tours will be offered (tickets range from $44-$49 and can be purchased online or at the door). 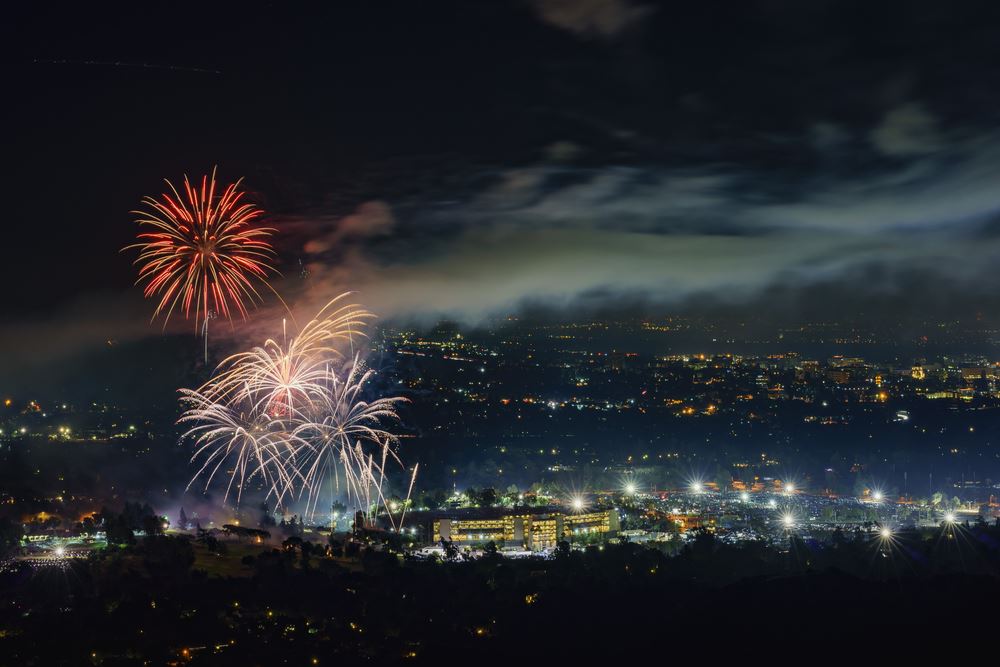 Denver, Colorado
This city likes to get a head start, with its main event for America’s birthday kicking off on July 3. Dubbed the “Independence Eve Fireworks,” this traditional celebration is held at the Civic Center Park and features a patriotic concert, an innovative light show on the Denver City and County Building, and a stunning fireworks finale. Lawn seating is available on a first-come, first-serve basis and concessions will be offered for the purchase of food and drinks. 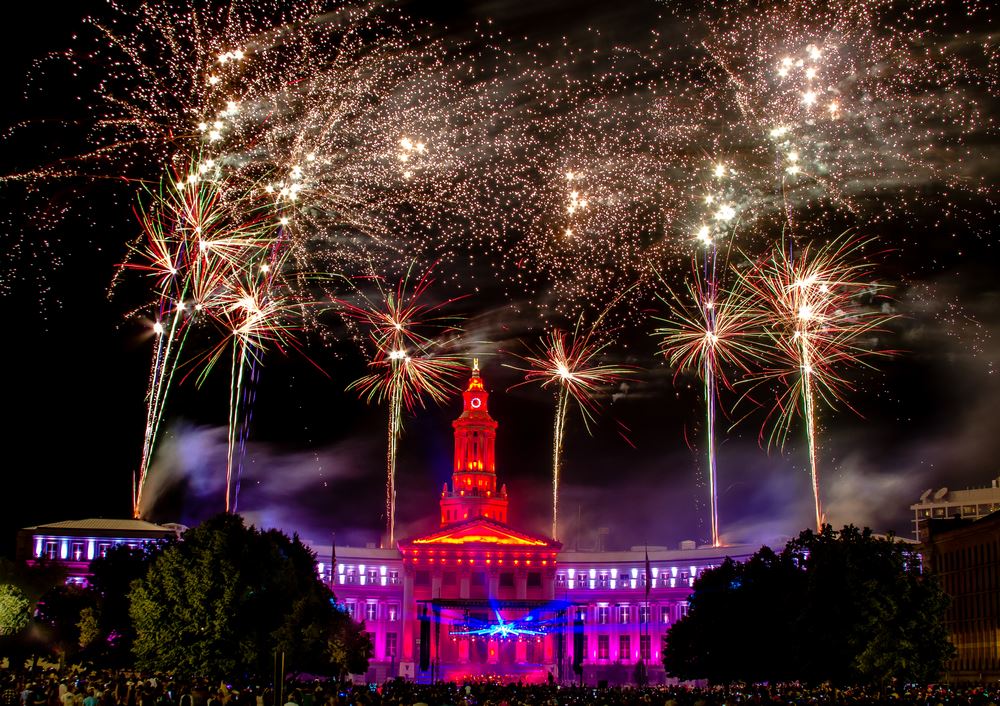 Fort Worth, Texas
“Fort Worth’s Fourth” on theat Panther Island Pavilion does not disappoint with the largest fireworks show in North Texas. To make it even more memorable, the event includes an F-16 flyover, a zip line, water slides, bounce houses and a huge lineup of food vendors serving everything from tamales to cotton candy. Gates open at 2 p.m. and admission and parking are free.

Atlanta, Georgia
Firework displays will illuminate the skies over Downtown Atlanta in Centennial Olympic Park and SunTrust Park, home of the Braves. Visitors here can also be one of 150,000 spectators who cheer on the 60,000 participants in the country’s largest road race. The AJC Peachtree Road Race takes place along the course’s 10K route from Peachtree Road to Lenox Square Mall to Piedmont Park. 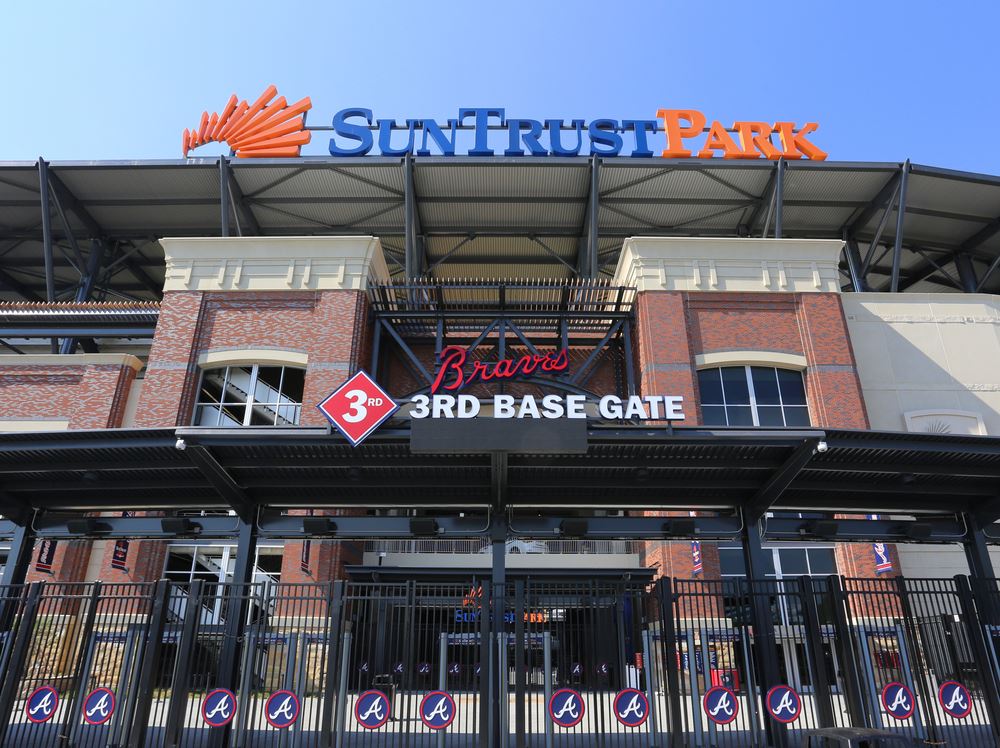 New York, New York
If you’ve never been to New York City for the Fourth of July, you might want to add it to your bucket list. Macy’s annual Fourth of July fireworks will burst over the East River and the city’s skyline on July 4th, as millions gather to watch. The show begins at 9:25p.m. For the best views, head to one of the city’s waterfront parks or a rooftop bar or restaurant. If you happen to be around during the day, plan a visit to Coney Island to watch the Nathan’s Famous Hot Dog Eating Contest, which starts at noon. 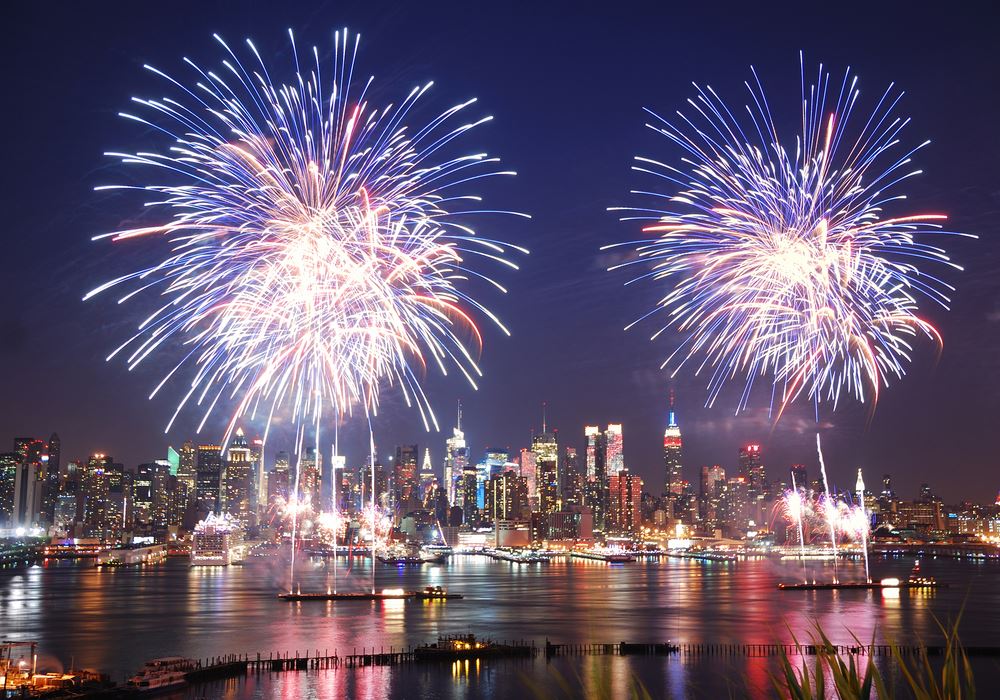