Disney’s theme parks are a place of constant transformation – new rides, themed lands and special parties are rolled in and out throughout the calendar year. Here we take a look at 2019’s lineup.

Celebrate Mikey and Minnie’s 90th birthday with an all-out affair. The year-long party will bring special shows and parades to both theme parks, along with a limited-edition line food, beverages, souvenirs and merchandise.

Kicking off later this month, “Mickey’s Mix Magic” will light up Disneyland Park with a new high-energy projection show, creating a family-fun dance party atmosphere. The fan-favorite “Mickey’s Soundsational Parade” will also return with a new opening to kick off the party. 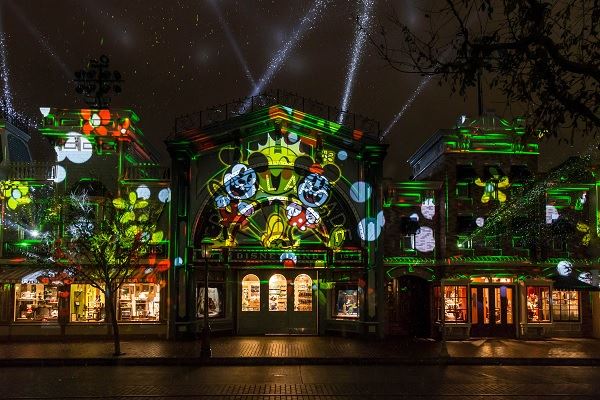 Over in Magic Kingdom, the new “Move It! Shake It! MousekeDance It! Street Party” parade will run on Main Street, U.S.A. several times a day. Parkgoers can meet Mickey and Minnie together – wearing their new birthday outfits – in Town Square Theater.

As IllumiNations: Reflections of Earth prepares to take its final bow at the end of the summer, guests can take in the nighttime spectacular for the last time with this special dining package. Clients can sit back and relax on the patio of the Rose & Crown Dining Room, located in the United Kingdom Pavilion, while dining on classic British fare as they take in the show on the World Showcase Lagoon.

The package includes a prix fixe menu that features a selection of Rose & Crown favorites, as well as unlimited alcoholic and non-alcoholic beverages. Reservations can be made beginning Jan. 17, for reservations starting on Jan. 18, 2019. Pricing is $85 per adult (ages 10 and up) and $35 per child (ages 3 to 9), with tax and gratuity included (non-commissionable).

Replacing IllumiNations, an all-new, transformative spectacular is set to debut in 2020 featuring massive floating set pieces, custom-built LED panels, choreographed moving fountains, lights, pyrotechnics and lasers. Before that new show kicks off, there will be a limited-time experience called Epcot Forever, a celebration of the park. Beginning this fall, the show is set to classic Epcot tunes with a spectacle of fireworks, music, lighting, lasers, and choreographed kites. 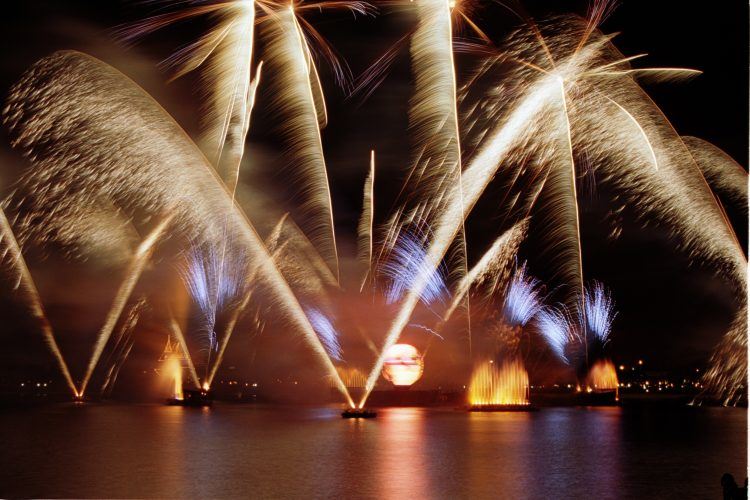 After nearly 20 years, IllumiNations will be ending in the second half of 2019. Photo: Disney

Ring in the Year of the Pig during Lunar New Year celebrations Jan. 25 through Feb. 17, 2019. Festivities include multicultural performances, fun-filled activities, beautiful décor, delicious cuisine and themed merchandise. “Mulan’s Lunar New Year Procession” will feature the Three Little Pigs as a special treat for the Year of the Pig. A Sip and Savor Pass will be also available for those interested in tasting six culinary creations. 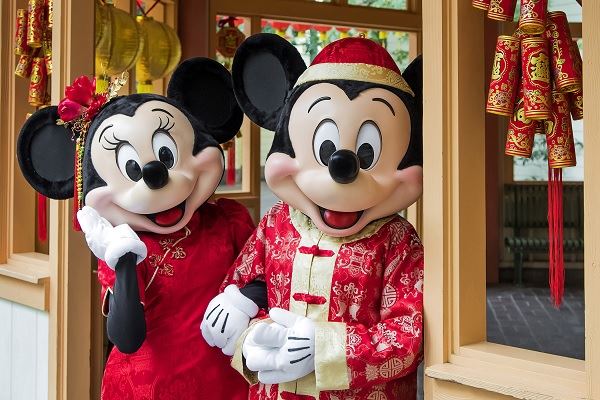 Ring in the Year of the Pig with 24 days of Lunar New Year celebrations. Photo: Joshua Sudock/Disneyland Resort

The culinary festival, from Mar. 1 through Apr. 23, 2019, will have more than a dozen Festival Marketplaces featuring small plates, specialty wines and craft beers. The Sip and Savor Pass will be available to guests looking to taste their way through the festival. There will also be live entertainment, family-friendly seminars and cooking demonstrations. Walt Disney World’s International Food & Wine Festival in Epcot will take place in the fall. 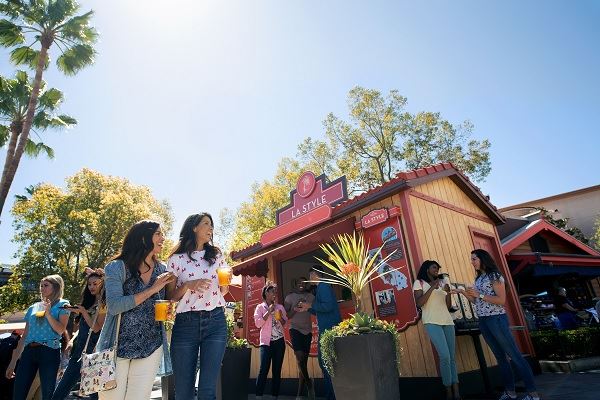 The new Star Wars themed-land makes it highly anticipated debut this summer at Disneyland Park and this fall at Disney’s Hollywood Studios. Guests can explore Black Spire Outpost on the planet Batuu, experiencing all things from a galaxy far, far away. Both lands will feature two new rides. Guests can take the controls in one of three unique and critical roles aboard Millennium Falcon: Smugglers Run. On Star Wars: Rise of the Resistance, visitors join a battle between the First Order and the Resistance – including a face-off with Kylo Ren. 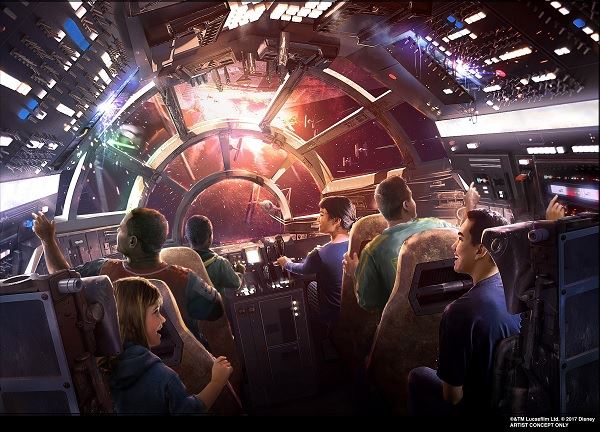 The land will have two attractions: Millennium Falcon: Smugglers Run and Star Wars: Rise of the Resistance. Photo: Disney

Guests can welcome spring’s arrival with this popular festival, which returns Mar. 6 through June 3. This year’s event will feature delectable bites at outdoor kitchens, as well as dozens of world-renowned, Disney-themed topiaries. In addition, the Garden Rocks Concert Series will include three shows a day for all 90 days of the event. 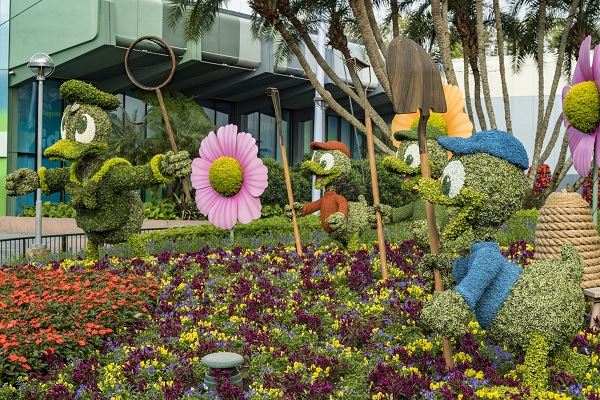 The nighttime beach party is back at Disney’s Typhoon Lagoon Water Park, with Buzz Lightyear, Woody and Jessie once again hosting. Special lighting effects transform the waterpark, and there’s a DJ dance party, specialty food and drinks, and an adults-only oasis.

Kicking off May 30, H2O Glow Nights takes place on Thursday and Saturday nights through Aug. 24. The party runs 8 p.m.-11 p.m., but guests can experience Typhoon Lagoon as early as 6 p.m. on event nights. Disney’s H2O Glow Nights tickets start at $59 for adults (plus tax) and $54 for children ages 3-9 (plus tax) in advance. 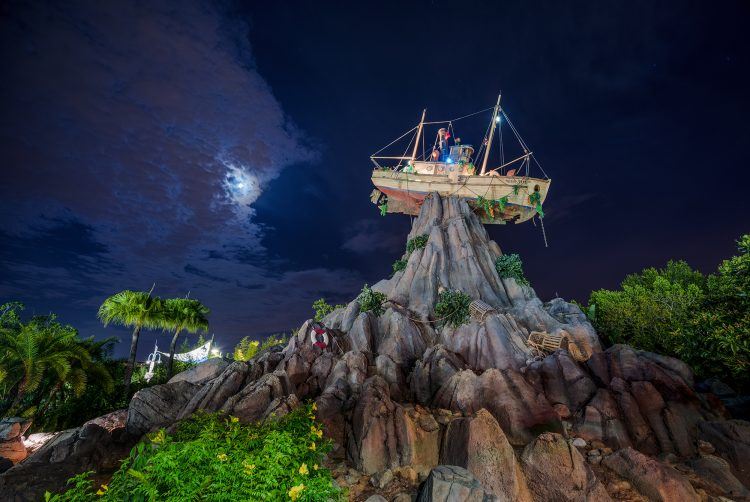 The splashy nighttime pool party is coming back to Typhoon Lagoon. Photo: Disney

Halloween gets the Disney treatment with Mickey's Not-So-Scary Halloween Party. Special Halloween-themed entertainment, decorations, fireworks and parades, as well as trick-or-treating and dozens of the park’s iconic attractions, transform the Magic Kingdom for a one-of-a-kind event, happening on select nights from Aug. 16 through Nov. 1, 2019, from 7 p.m. to midnight. Tickets are already on sale. 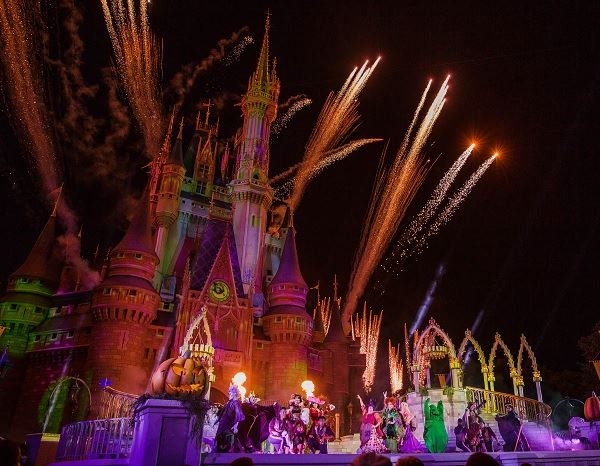 The new cinematic nighttime experience will use state-of-the-art technology to take guests on a magical journey through more than 90 years of Disney animation, all beginning with Mickey. The show kicks off May 1. 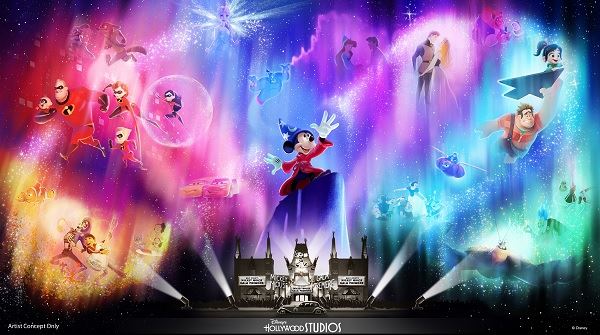 Opening later this year, the attraction is the first ride-through attraction themed to Mickey Mouse and Minnie Mouse. It will feature a new original story and lovable theme song, while new technologies will transform the two-dimensional cartoon world into an astounding multi-dimensional experience. 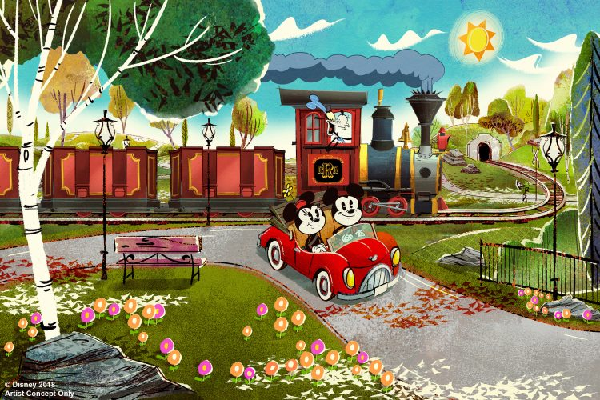 Join Mickey and pals on a new adventure. Photo: Disney

Pricing could be as high as $189 for the Magic Kingdom during peak season.

Travel Advisors Sound off on What Destination Is Trending for 2023

A strong U.S. dollar, and a desire to travel to bucket-list destinations, is driving consumer choices next year.

MGM Resorts' iconic destinations line the Las Vegas Strip from Mandalay Bay to Bellagio – including the newest member of the MGM Resorts family, The Cosmopolitan of Las Vegas. Beyond the hotels, each of the resorts in Las Vegas has its own unique experiences, from exceptional shows for the entire family by Cirque du Soleil to top-name artist residencies like Lady Gaga and Cher.