The TSA anticipates a record-breaking summer travel season, as 243 million passengers and crew are projected to move through security checkpoints nationwide between Memorial Day and Labor Day. In fact, the TSA’s upstate New York Federal Security Director Bart R. Johnson said most summer days will be so busy, they’ll actually seem like a holiday.

To make sure your clients have a hassle-free and stress-free time at airports this summer, pass along these five tips. While these action items might seem like common sense, many travelers are unfamiliar with the basic guidelines.

1. Leave yourself enough time. A tried-and-true rule of thumb: Arrive at the airport two hours prior to your scheduled departure time if you are flying domestically and get there three hours ahead for international flights. Being there early prepares you for anything, such as a long security line or a busy ticket counter.

2. Prepare for security. The TSA launched stricter carry-on screenings nationwide, earlier this year, requiring travelers to separate food and powders that can obscure x-rays; as well as removing personal electronics larger than a cell phone, including tablets, e-readers and handheld game consoles, into separate bins. This can bog down lines as travelers have more to do before clearing security, so it’s helpful to have these items easily accessible. 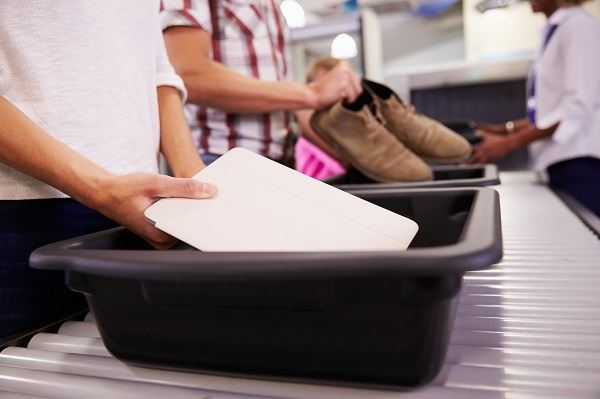 In addition to laptops, all personal electronics larger than a cellphone will have to be in a seperate bin.

3. Print out a back-up boarding pass. Having a mobile boarding pass is convenient, sure, but it’s a good idea to print out a paper boarding pass as a back-up. Sometimes the WiFi signal at checkpoints isn’t strong and people may have difficulty accessing it when needed. Or, take a screen shot of the boarding pass, as those can also be scanned.

4. Don’t forget about aerosols and gels. We know liquids need to be under 3.4-ounces to remain in a carry-on, but that bug repellent and spray sunscreen count, too. One of the most common reasons that carry-on bags require TSA officers to search inside is for the oversize liquid, gel or aerosol. Avoid the time it takes for a TSA officer to conduct a bag check by packing those items in a checked bag or making sure they are travel sized.

Just as another major European airport announces its own passenger cap, London Heathrow is dropping its own.

The change is yet another marker in the travel industry’s ascent out of COVID-19.

Schiphol said that it “made this choice to provide travelers a reliable travel experience, and predictability and stability for airlines.”

Disney Closes Some Orlando Resorts Due to Hurricane Ian

Disney is making some changes to operations later in the week, with more potentially to come.