Charreadas, a competitive sport, is similar to American rodeos.

Known as Latin America’s Silicon Valley, Guadalajara is looking to expand beyond the niche and make a push into leisure tourism. And it's asking travel agents to help.

“Travel agents tell a story, and that gives confidence to the traveler, while at the OTAs it’s more operational. So agents are very powerful as the advisors for tourism,” Gustavo Staufert Buclon, promotion director for Guadalajara, told Travel Market Report.

A cultural hub of Mexico, Guadalajara is known for mariachis, hot sauce, and caballeros, or Mexican cowboys. “It’s the color of Mexico and the traditions of Mexico,” he said. 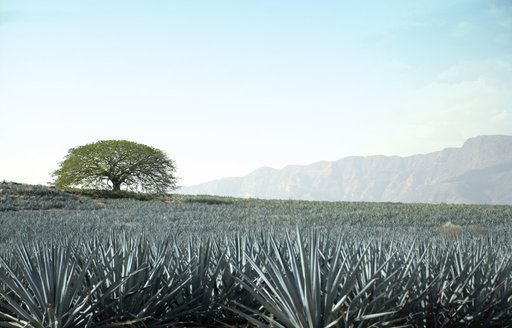 Only 30 minutes away is the town of Tequila, birthplace of the popular spirit of the same name. Tourists can learn about the Tequila making process at distilleries scattered throughout the area, including popular Tequila producer Jose Cuervo.

As part of its marketing, the city is partnering with neighboring Puerto Vallarta, which Staufert Buclon calls the “most Mexican of the Mexican beaches.” He suggests visitors start in Puerto Vallarta, then stop in Tequila for a night or two—about a three-hour drive—before heading to Guadalajara for the remainder of their stay.

“It’s a nice segue, you can do cultural things and still get the sun and beach vacation Mexico is known for. That’s the trend today, people don’t want to just visit one single place, they want to touch many different dots on the way around.”

There are many direct flights out of Guadalajara, including main carriers like Delta, American Airlines, and United Airlines.

Because of proximity and cost, Mexico’s main markets are the United States and Canada. Staufert Buclon said Guadalajara hosts around 3.5 million North American travelers a year.

“Travel agents tell a story, and that gives confidence to the traveler, while at the OTAs it’s more operational. So agents are very powerful as the advisors for tourism.”

With tourism up 15% this year over last, Guadalajara is welcoming new hotels, including the recently opened AC Hotel by Marriott.

A 220-room Hyatt Regency opening later this year will have two restaurants, a lounge, about 29,000 square feet of indoor and outdoor meeting and event space, spa facilities, a fitness center, and an indoor swimming pool. The Hyatt Regency Andares Guadalajara will be part of the Andares mixed-use complex that includes a high-end retail shopping mall, two office towers, and luxury condominiums.

“We also have all these beautiful country town hotels,” Staufert Buclon said, “they’re not exactly boutique hotels, but small, intimate hotels of around 40-45 rooms.”

The digital creative city
Guadalajara is home to satellite offices of major tech companies including IBM, Oracle, Intel, HP, and Dell, as well as Latin America’s largest convention center, Expo Guadalajara, helping it build a base in the meetings industry.  About 50% of Guadalajara’s tourists are business travelers; another 30% come from the meetings, incentives, conventions, and exhibitions (MICE) sector.

Guadalajra’s state of Jalisco has 12 universities, with 85,000 tech students graduating each year.

Staufert Buclon said business travelers often don’t have enough time to explore the city, and find themselves wanting to come back. The city is looking to expand its leisure tourism through this, as well as pre- and post- convention stays.

Related Articles
Spotlight on Los Cabos’ Las Ventanas Al Paraiso During its 25th Anniversary
Top Playa del Carmen Beach to Stay Closed for Sargassum Cleanup
Where to Go in 2022, According to the Experts
CBP Postpones Trusted Traveler Enrollment Centers Reopening
7 Standout Resorts Opening in the Mexican Caribbean
Dominican Republic Makes a Comeback as Thanksgiving Travel Hotspot
What Can Advisors Learn from Travelers’ Panic Over Mexico?
Where to Go This Winter Season: Mexico or the Caribbean?
How One Agent Increased Mexico Sales Despite the Negative Press
Mexico Might Be On the Upswing as News Steers People Away from Dominican Republic

Top Stories
What to Know About Travel to Cyprus in 2023

An island steeped in history and culture, Cyprus is having a moment.