While the Caribbean and Mexico are getting their share of over-the-water bungalows, places like Bora Bora are still enviable destinations for many jetsetters. Just this month, two major hoteliers doubled down on their investments there, with sprawling luxury villas and two-story overwater bungalows.

Located in a private cove on Motu To’opua, a small islet off the coast, the five-star resort is Conrad’s first property in French Polynesia. It features 114 guest rooms, including 28 tropical garden and beach villas and 86 overwater bungalows, as well as Presidential Villas. Each villa features a wall-to-wall sliding door that leads to an outdoor deck with sweeping ocean views; some also have infinity plunge pools. 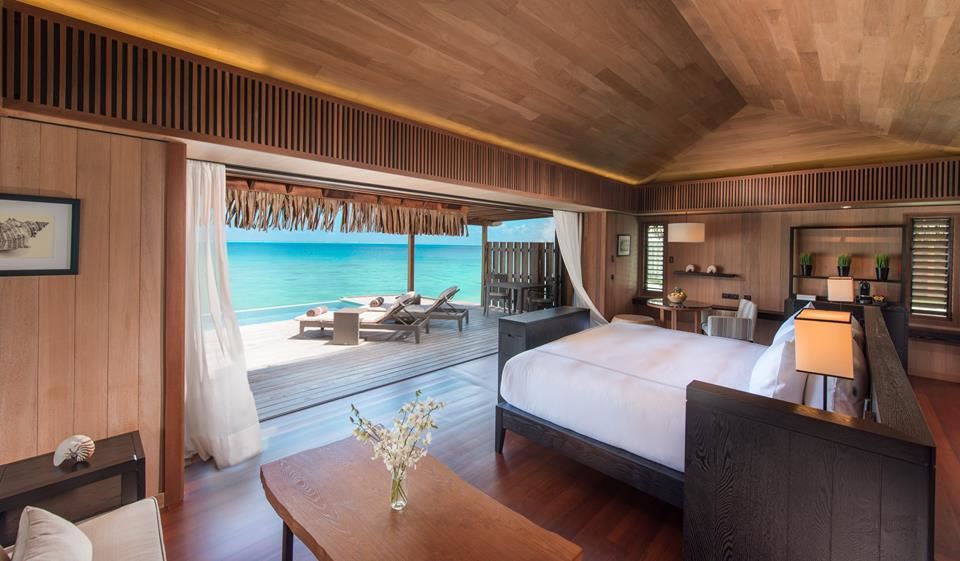 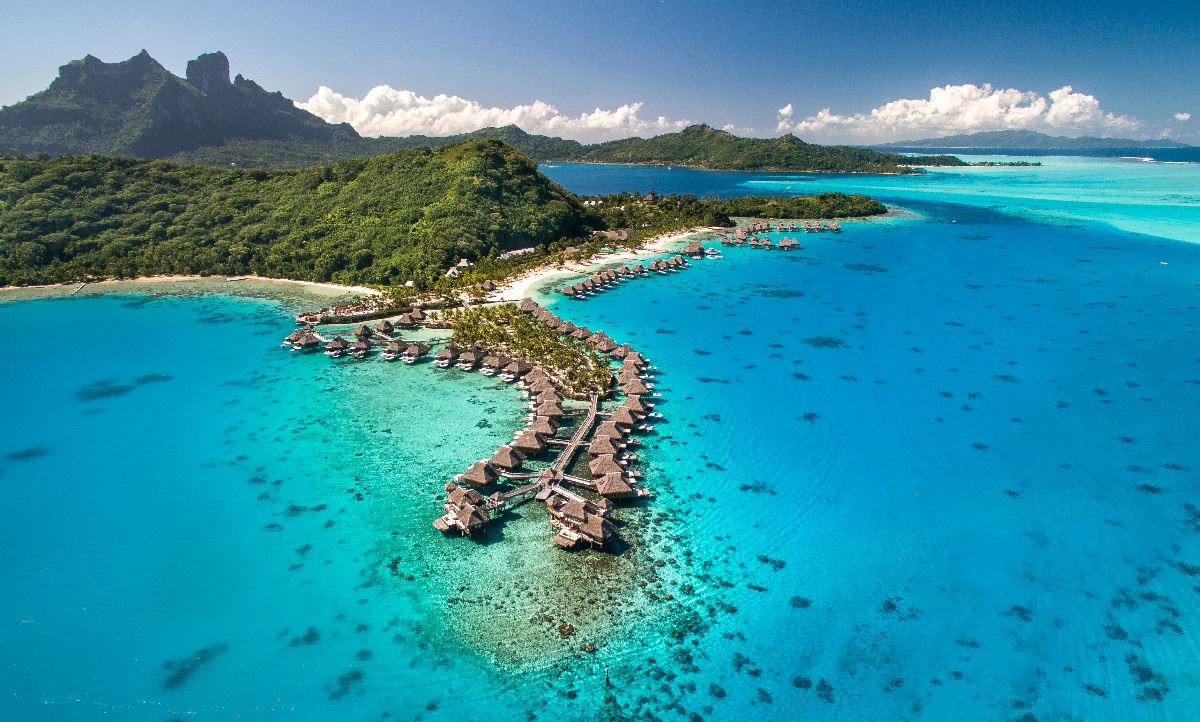 The two Presidential Villas – two-story, two-bedroom overwater bungalows – boast sun decks and whirlpools, three bathrooms, two dressing rooms and a living room. A second-floor “wellbeing room” has a sauna, and the lower level has a private sundeck with daybeds and a bar area.

The property is also home to a spa with seven treatment rooms, an expansive infinity pool, a Kids Club, mini-golf course, fitness center and complimentary activities such as kayaking, snorkeling, scuba diving and stan- up paddle boarding. A hillside wedding chapel and the islet of Motu Tapu provide a backdrop for a variety of special events, including wedding ceremonies and receptions. The resort’s signature restaurant, Iriatai French Restaurant, showcases innovative French Brasserie style dishes, while the Upa Upa Lounge Bar boasts a glass floor deck.

The two-story Imperial Villa, now more than double its previous size at 13,993 square feet, looks out onto Bali’s sunset coast. The walls of the upper-level living room feature floor-to-ceiling glass doors, which open to maximize indoor-outdoor living and offer panoramic views. Each of the three bedrooms has its own private indoor living area, sundeck and en-suite bathroom. The lower level has indoor and outdoor dining areas, a fully-equipped kitchen,an  infinity pool facing the ocean and a gym.  The veranda leads out to a rooftop garden and infinity-edged water feature – an ideal venue for intimate wedding ceremonies, celebrations and dining. The two-bedroom Royal Villa offers 8,073 square feet with a distinctive design inviting travelers to soak up the coastal views and beach lifestyle of Jimbaran Bay. There is also a separate children’s room fitted with trundle beds, while a connecting Deluxe Villa enables guests to expand their hideaway into a three-bedroom retreat with two pools. There are living and dining spaces both indoors and outdoors, and a romantic ocean-front “Romeo and Juliet” balcony adjacent to the infinity pool.

The company will be helmed by industry veteran Larry Pimentel and is set to debut in late 2025.

D'Aoust served as president of CLIA until 2018.

Among the 33 voyages throughout French Polynesia and the South Pacific in 2024, will be two brand-new itineraries.

Avalon Waterways to Debut on Douro with New Ship in 2024

The Avalon Alegria will sail an eight-day Porto-based itinerary.

The interactive portal is a place for advisors to communicate and connect with their clients before, during and after their trip.

Check-In Episode 28: Counting Wins with ASTA’s Travel Advisor of the Year
About Travel Market Report Mission Editorial Staff Advisory Board Advertise
TMR Resources Webinars Calendar of Events
Subscribe to TMR
Select Language
Do You Have an Idea Email
editor@travelmarketreport.com
Give Us a Call
1-(516) 730-3097
Drop Us a Note
Travel Market Report