Rooms that open to the night sky. Walls you can see through to watch the captain on the bridge. Voice commands so you say “goodnight computer” to close the curtains and turn off the lights in your cabin. Driverless shuttles to take you from the ship to the end of the pier. Free guest-to-guest chat so you can find your kids. And an app that lets you check out and order excursions, open the door to your stateroom, order a drink, and see a map of where you are aboard the largest ships at sea.

While that last is the currently the most popular use of technology of all, that is about to change as virtual reality, facial recognition, artificial intelligence, high-speed internet and RFID technology forever change the cruise experience.

At Royal Caribbean’s Sea Beyond technology showcase on Wednesday night, the cruise line showed off how using non-proprietary, open source technology will improve the guest experience from the minute they download the app until they take their final steps down the gangway. 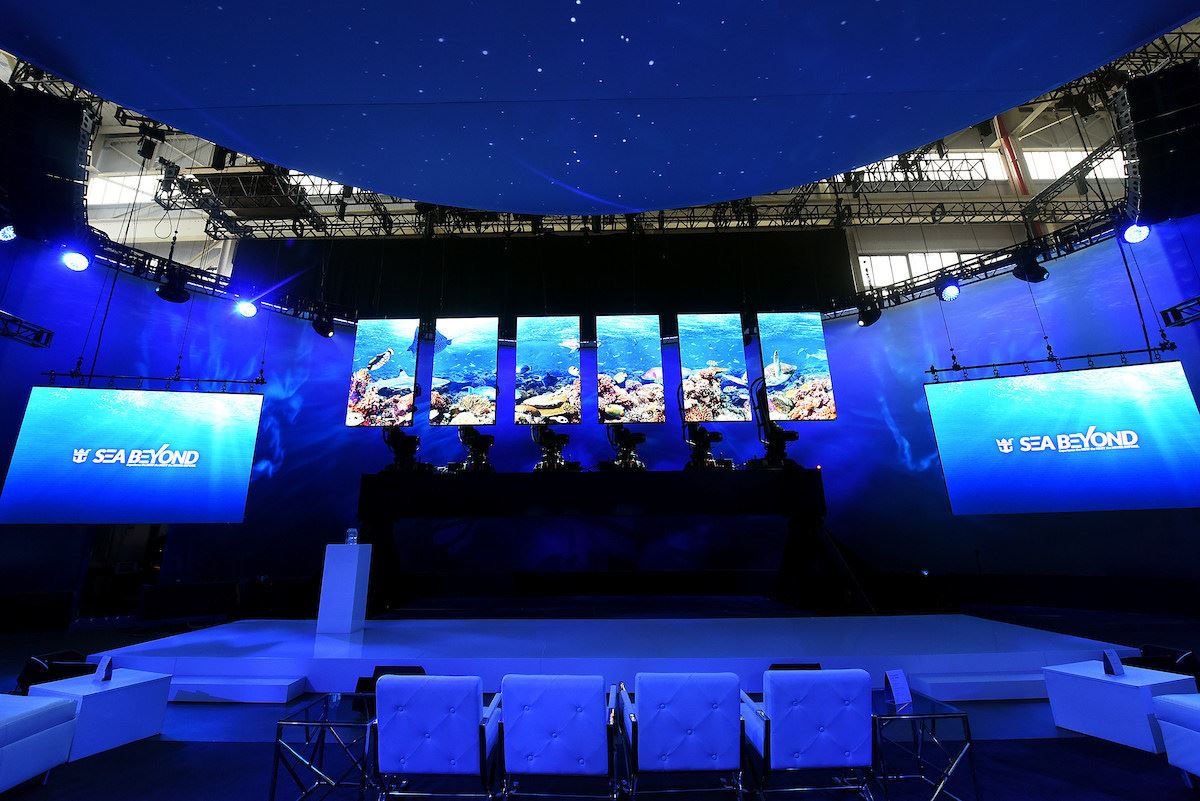 “We had a lot of reasons for doing this — to get the word out but also to galvanize everyone to understand the complexity of it,” said Royal Caribbean Chairman and CEO Richard Fayne. “Technology is something people expect, an existential requirement of every company.”

In today’s busy world, customers are finding that “weekends are not enough,” and the average American’s vacation time has gone from 15.5 to 16.5 days a year — “a tsunami in demographic terms,” Fayne said. Part of the goal of Project Excaliber is to “give you your first day back,” freeing cruisers from standing in line, worrying about their luggage, making dinner reservations, and waiting for a drink.

The highlights of the announcement were: 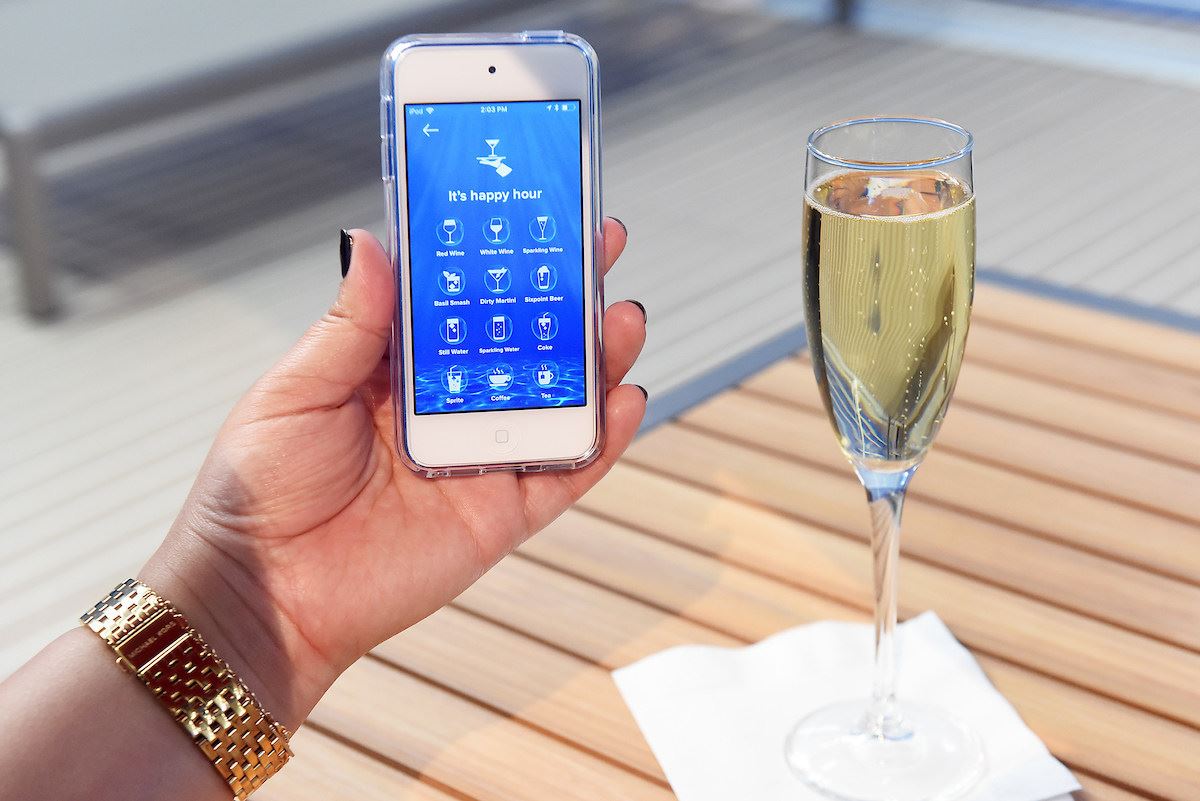 Guests can order drinks, plan excursions, and more on the new app.

In “continuous beta” with six-week upgrades, the technology will be on 17 percent of the fleet by the end of this year, 50 percent by the end of 2018, and fleetwide by the end of 2019, Fayne said. The app is available now; it has been in beta testing since July and is “in whisper mode” on Allure and Oasis, but anyone can download and play with it. The company also is “tentatively discussing” a similar app for its sister Celebrity brand.

Further down the road, Royal Caribbean is playing with ideas for the “Stateroom of the Future, “bringing the outside in in a way that you can experience and control.” Over the next four years or so, the tech team is experimenting with “ways to make the walls and floor translucent, and use small pieces of video to bring the day at sea into the stateroom.” At the push of a button, in other words, you can open a sort of sunroof on the ceiling that shows sky and stars above you, sunrise or sunset outside the balcony, the ocean beneath your feet like an overwater villa.

It could even be used to show videos of the destination; “instead of Greece starting at the end of the gangway, maybe we can bring Greece inside your cabin.”