Like the city itself, Manhattan’s hotel industry never sleeps. New projects are constantly in development or opening, while existing properties are renovating. New York City will add more than 19,000 hotels rooms by the end of 2019, after 40 consecutive months of demand, with a record 38 million-plus room nights expected by the end of 2018. The city welcomed 62.8 million visitors last year, marking eight consecutive years of record-breaking tourism.

Here are some of the most anticipated hotel openings in New York for the fourth quarter of this year and early next year, from luxury micro-hotels to trendy boutiques. 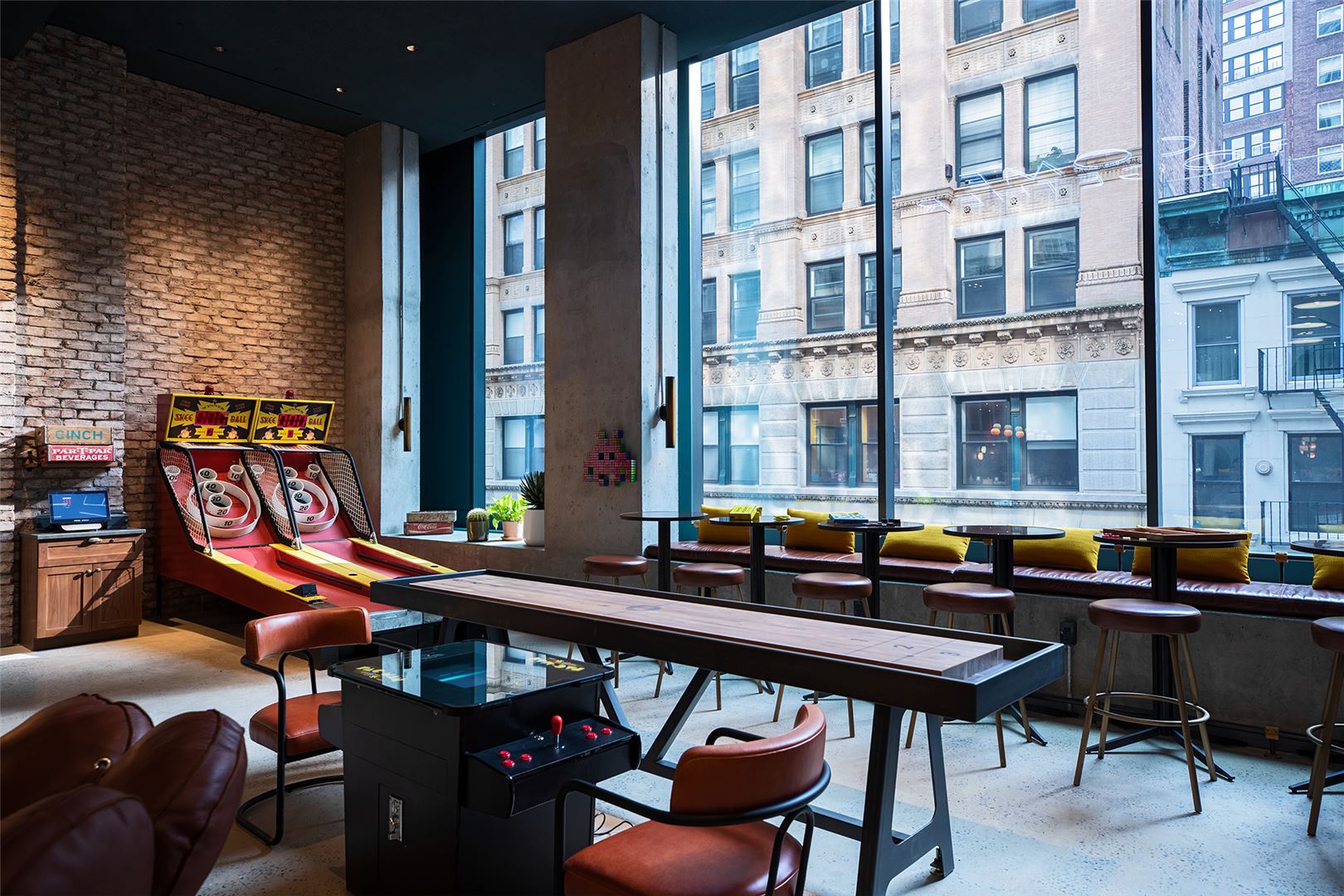 AC Hotel New York Downtown (opened November 2018)
The Seaport District is home to the latest AC Hotels property, the AC Hotel New York Downtown. With a geometric façade by architect Peter Poon, the hotel features 274 guest rooms with floor-to-ceiling windows boasting views of the East River and Brooklyn. Drawing on the brand’s signature European design, interiors include an impressive, suspended Italian marble staircase at the entry and art installations by local artists. Spanish tapas are served at the AC Kitchen and handcrafted cocktails are offered up at the AC Lounge.

The Artezen Hotel (opening late 2018)
Promising to center on art and Zen (hence the name), the modern boutique hotel will debut in the Financial District. Its 89 guestrooms will be outfitted with “top-of-the-line technology.” There will also be a state-of-the art yoga and fitness studio. At the top of the 21-story property, a two-floor rooftop bar and lounge encased in glass will provide breathtaking views of downtown Manhattan.

Sister City (opening early 2019)
The studio team that brought guests the sleek and trendy Ace Hotels, will debut its new hotel concept, Sister City, on Bowery in the Lower East Side. The micro hotel will have 200 rooms, a ground-floor restaurant and a rooftop bar. “Inspired by the functional perfection of Finnish saunas,” guests can expect a minimalistic design with sleek natural wood and neutral hues.

Equinox Hotel (opening 2019)
The upscale fitness giant will make its foray into luxury hospitality next year. Its first hotel is set to open within the $25 billion Hudson Yards project. The flagship property will be home to the largest Equinox gym to date, measuring 60,000 square feet. In addition, guests will have access to indoor and outdoor pools. The brand will integrate its health-and-wellness-driven mantra into its amenities, including in-room dining, an on-site restaurant, and a spa.