Thailand in 2016 reached the 30 million mark in international visitors for the first time; the nearly 33 million visitors in 2016 were an 8.91% increase over the previous year, and the Tourism Authority of Thailand (TAT) is projecting 35 million will come in 2017.

At the 16th Thailand Travel Mart (TTM+) held recently at the Chiang Mai International Exhibition and Convention Centre, TAT governor Yuthasak Supasorn said, “Thailand is still a popular destination. Stability and improvements in the economy mean more foreign visitor arrivals.  There’s clearly a demand, and it’s up to us to accommodate everyone who wants to come.”

Tourism is big business for Thailand, with tourism receipts reaching U.S. $71.4 billion for 2016, an increase of 11% from 2015.  Tourism receipts have already exceeded initial forecasts for the first quarter of 2017.

The North American market is performing well. In 2016 there were 974,632 arrivals from the United States, exceeding the 2015 arrivals of 867,520, and this year over a million visitors are expected.

Canada is following similar increases in visitation. In 2016, there were 244,268 visitors from Canada to Thailand, an increase of 7.5% over 2015, with a 6% increase expected this year. 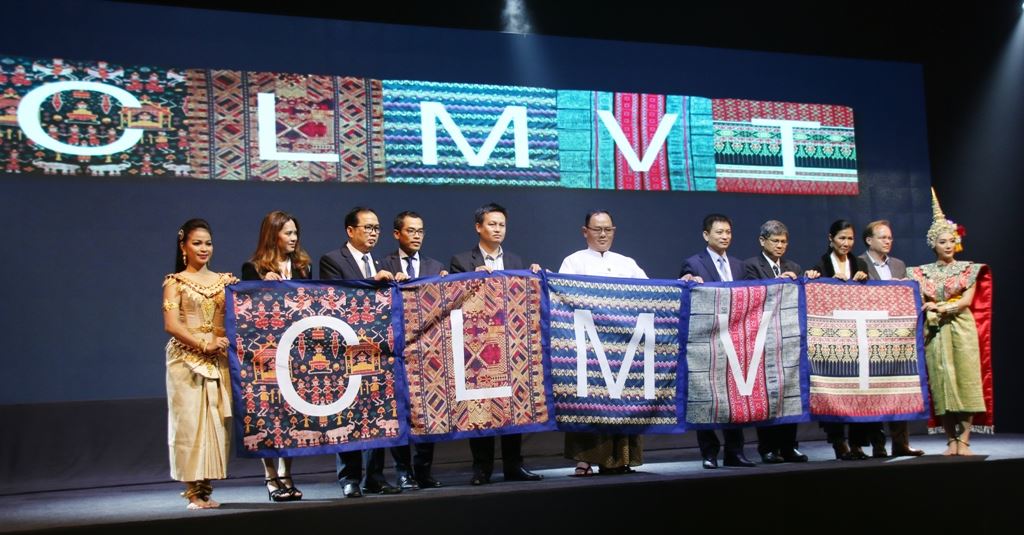 There was positive news out for the Canadian market – for the first time TAT will open up a full tourism office, in Toronto. It is expected to open in the fall of 2017, staffed by a director and deputy director from the Thailand head office with additional staff being hired locally.  Currently it has a one-person representative office run by Kayla Shubert.

Jittima Sukpalin, TAT’s executive director for The Americas, said “Canada is a high yield market,” and she sees huge potential.  Many families and honeymooners come to Thailand from Canada

At the show, Diane Molzan, general manager-Asia for Goway Travel based in Toronto, agreed that “travel to Thailand has exploded in recent years.  Canadians have lots of questions and the extra resources that will be available will only support our efforts.”

Travel to Thailand recently got a boost from the Canadian government as well.  Canada’s transport minister Marc Garneau announced a newly expanded Canada-Thailand air transport agreement that allows Canadian and Thai airlines to serve any city in Canada and Thailand.  There will be an allowance of 21 flights per week for each country.

Thailand goes local
TAT’s marketing strategy is shifting and there was a big push by tourism officials promoting and emphasizing Thailand’s unique local experiences.  This was clear in an impassioned and eloquent speech on community- based tourism by Thailand’s minister of tourism & sports Kobkarn Wattanavrangkul.  She spoke about the “people-to-people” aspect, how community-based tourism can enhance the quality of life for locals not just financially but also by strengthening the social fabric of towns and villages.

TAT is trying to educate the travel trade and consumers alike to get beyond the popular spots like Bangkok, Chiang Mai, Chiang Rai and Phuket.  Sukpalin and other tourism officials want to promote lesser known areas in the northeast of Thailand and the central part like Sukhothai, where many local interactions can be experienced. 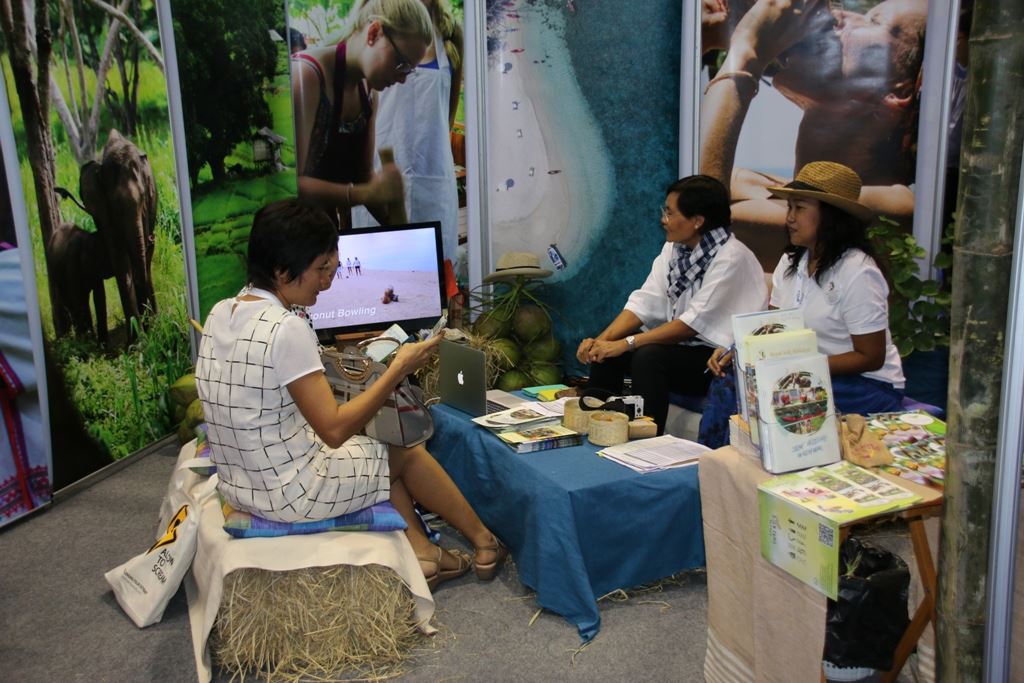 Meeting between buyer and seller.

Noubani of The Travel Box International agrees with the strategy and sees the trend in his own client base. “We are noticing a shift in trends with clients and requests. Travelers are starting to move away from what long has been the most popular destinations and starting to request less-known routes such as Kao Sok and Koh Lanta.  The diversity in the varying options Thailand offers is what gives this destination a very special appeal to the North American traveler.”

Taking a regional approach
Taking part in the TTM+ show were also hoteliers and destinations from the CLMVT region – Cambodia, Laos, Myanmar, Vietnam and Thailand. In 2016, Thailand received 60% of the market share of total international arrivals, followed by Vietnam, Cambodia, Laos and Myanmar. Thailand also led the way in international tourism receipts, with 78% of the CLMVT region countries.

TAT has made it clear though that it recognizes that best interest of all CLMVT countries lies in sharing the wealth and conducting joint marketing programs, improving the visa and border crossing process among countries, and co-operating on initiatives that are mutually beneficial. 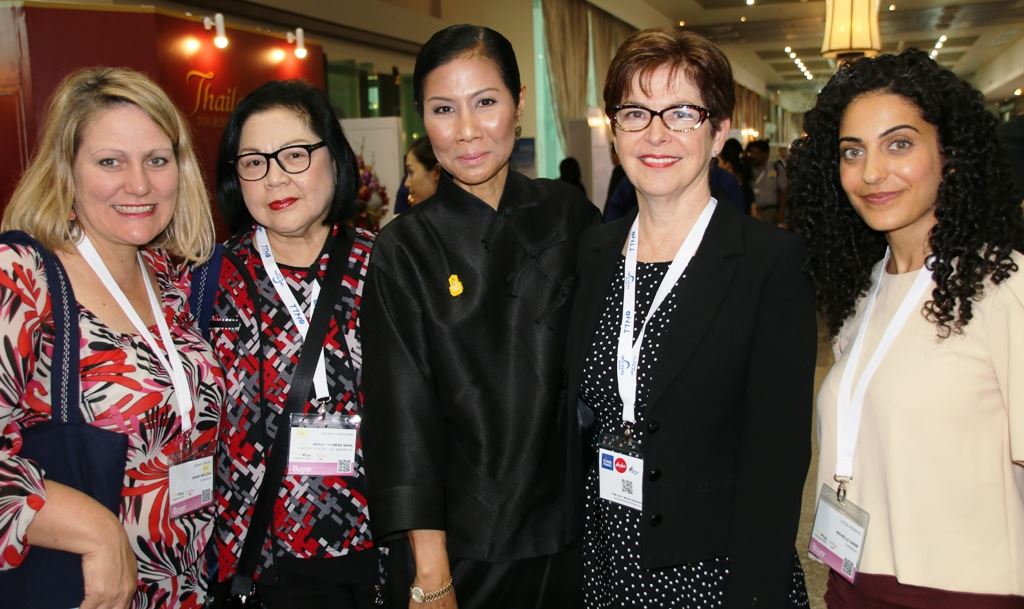 Many North American travel agents find their clients request a tour that incorporates more than one Southeast Asia country.

Molzan of Goway Travel, which offers a variety of Asia programs, believes Thailand has a bright future:

“Thailand really does have it all from the hill tribes, jungles and elephant conservation areas of the North, to the rich history of the central areas, to the limestone karsts and coral reefs of the south that offer incredible water sports or just a lovely backdrop to completely unwind and relax. What really sets Thailand apart from other amazing destinations is that Thailand is affordable.”

Next year’s TTM+ will be held in Pattaya from June.