Cruise sellers face an uphill battle this quarter as the mainstream news continues its negative coverage of the cruise industry. News reports of a “surge” in onboard cases combined with first-person accounts of unsavory quarantines are giving some clients with cruises booked in the immediate future the jitters. Making the situation more difficult are news stories about ports turning cruise ships away, cruise lines canceling sailings last minute, and flights getting canceled in large numbers.

Some travel advisors report being able to use factual data to calm their clients’ nerves. Others say some clients simply don’t want to take any chances with their valuable vacation time (or their health).

Plenty of Concerns
Though Julie Schear, owner of a Cruise Planners franchise in Southwest Ranches, FL, said her clients aren’t specifically mentioning the news, they are citing the same concerns being highlighted by the media.

“The cancellations are due to port cancellations, or they are very fearful of getting COVID and they tell me they won’t even leave their home right now.”

She said the most common question she gets is about the CDC’s Level 4 warning not to cruise. “They want to know if there have been a lot of cases of COVID on the cruise ships and if the protocols are working.”

Becky Smith, owner of Becky’s Travel Biz, Inc., a TRAVELSAVERS agency, says she’s hearing mostly health concerns from her clients. They’re listening to news reports about the contagiousness of Omicron and they’ve got underlying health concerns or upcoming surgeries they don’t want to put in jeopardy.

Facts Calm Some Fears
Schear said at this point she’s encouraging clients who are on anything longer than a four-night cruise within the next month to cancel. The reason? She wasn’t happy with the treatment of a client who tested positive on day two of an 11-night cruise and was quarantined the entire time with no option to test out of quarantine.

But others, like Joyce, Smith, and Randy Motley, owner of Virtuoso-member agency RWM Travel in Olathe, KS, have found that some clients are open to having their fears calmed. They still want to cruise but they need their concerns put into perspective.

“When asked questions as a result of the misconceptions made by the CDC and the press, it is a great opportunity to educate them,” Joyce said. “We can send them facts from CLIA and send them the cruise lines’ health and safety protocol information.”

In particular, she highlights the numbers reported by CLIA, including how much lower the percentage of COVID-19 occurrences are onboard ships versus on land.

“People who have cruised before are very receptive to this information and feel the press is not fair to the cruise industry.”

Smith told TMR many of her clients feel the same way.

“Many of the guests are well aware that the CDC and news media are putting more hype on the cruise industry than should be done,” she says. “Our guests are aware of what is being done and the majority are proceeding and enjoying their vacations.”

And Motley said he’s also using industry statements and facts to counter any fears his clients might be feeling.

“I think reaching out to them with opposing information is stopping the panic,” he told TMR. “Hard facts seem to be quieting the hysteria.”

Both Motley and Smith are being proactive about getting in front of their clients’ concerns.

Motley reaches out to his clients with their options and shares a press release from ASTA that he says “really helps put the current situation in perspective.”

Smith uses social media to show clients her own cruise experience so they can see for themselves what the situation is like.

“They see the pictures. They see what I’m doing,” she said. “That helps calm them down a lot.”

Like Joyce and Motely she’ll also attempt to counter misconceptions when she can. “If it’s a client I know well enough to know they really want to travel and they’re not generally ones to have a knee-jerk reaction, I’ll calm them down.”

But not all concerns are the same and equally quelled by hard facts, both Scrivanich and Ted Blank, host agency manager of a Minnesota-based Travel Leaders, told Travel Market Report.

“Most of our travelers are less concerned about a health risk but more concerned about a disruption to their vacation caused by an incidental Covid positive test,” Blank said. “Facts on the likelihood of this are sparse, and headline-grabbing anecdotes abound, so this is difficult to counter.”

Scrivanich agreed. “It’s a matter of their personal comfort level and confidence versus factual data that will move us forward.”

Some Cancellations, Some Postponements
Motely, whose clients are mostly cruising in March or later, said so far, his efforts to counter the news media have resulted in zero cancellations.

But not everyone is as lucky. Blank, Joyce, Schear, and Smith have all had clients cancel or postpone first quarter cruises.

“We are seeing quite a few, mostly postponements (75%),” said Blank. “We have also had several clients who have had cruises canceled by the cruise line, and clients who have simply canceled.”

They’ve also had dozens of clients on their fourth or fifth cancellation, many of whom have given up trying to postpone and want refunds.

Smith told TMR that in just the past week she had four cancellations in a single day. She’s also had some clients cancel and rebook. Though most are in the first quarter, she’s had some cancellations as far out as April.

“I am not getting any calls from new cruisers. When I speak to people who have never cruised and suggest a cruise, they are very quick to say negative things about cruising. When I try to educate them, they have no interest. This is a huge concern for me.”

Blank said he’s seeing a similar trend in terms of Caribbean cruises, but not as much for destinations like Alaska and Europe.

Related Articles
When Will Omicron Peak and What’s the Future of COVID-19?
How is Omicron Impacting Land Bookings?
New Rules for U.K. Travel Officially Come Into Effect 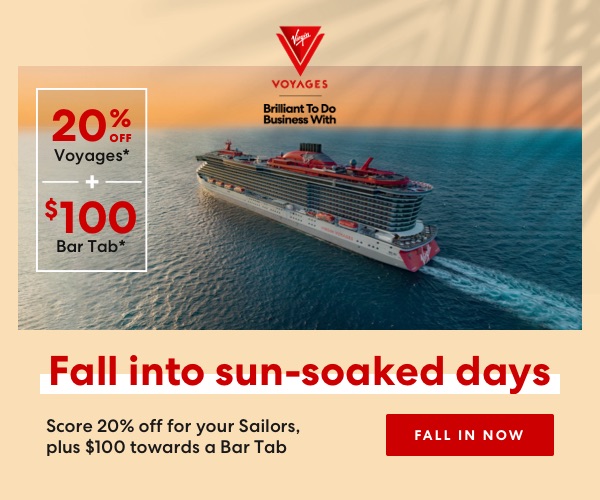 'We’re not seeing the pickup that we normally would at this time. But people are still booking, there is activity further out.'