Chefs are getting creative while catering to consumers' changing dietary and lifestyle preferences, from using ingredients like seaweed, ashwagandha, and nutritional yeast to serving up dishes like fresh, elevated ceviche and flavorful Levantine cuisine, and lower-alcohol spritzes that are taking center stage at bars.

According to Kimpton Hotels & Restaurants' sixth annual “Culinary & Cocktails Trend Forecast” — which surveys 130 chefs, sommeliers, general managers and bartenders from 75 Kimpton restaurants and bars — here are hottest trends that will take over the food and beverage industry next year.

1. Alternative diets become mainstream.
Diets once considered alternative are now the norm, so expect to see gluten-free, dairy-free, vegetarian, vegan, and keto options become menu mainstays. According to 31% of chefs surveyed, it is no longer enough to have just one or two of these options on the menu. Oat and hemp milks will continue to dominate menus in 2020, alongside nut-based, dairy-free cheeses; and we’ll see more gluten-free options in traditionally carb-centric dishes like pasta and breads, using almond flour, rice flour, guar gum, or tapioca.

2. Healthy ingredients take the spotlight.
Superfoods are now commonplace, and we’ll see more up-and-coming healthy items, like nutritional yeast, ashwagandha, collagen peptides, and seaweed. As an evolution of last year's trend, fermented foods with gut-healthy probiotics are continuing to grow in popularity, with tempeh, pickled vegetables, infused vinegars, and fermented dairy products popping up on more menus across the globe.

3. Plant-based goes mainstream.
The Kimpton study said that 51% of respondents predict plant-based meat alternatives will solidify their mainstream status in 2020, and there will be even more plant-based takes on traditional meat dishes. In fact, 30% of chefs predicted vegetable tartare will be infiltrating restaurant menus in the New Year. Chefs will also be adding more vegetables into pasta, pizza, breads, and sauces; and even creating full-vegetable burgers, jerky and chips, made from ingredients like mushrooms, eggplant, sweet potatoes, carrots, spinach, or cauliflower.

4. Love for Levantine cuisine.
Levantine cuisine — including Israeli, Turkish, and Lebanese — is predicted as the most influential style for menus in 2020, according to nearly 40% of chefs surveyed. S'chug (a Mediterranean hot sauce) and muhammara (a red pepper and walnut spread found in Turkish and Levantine dishes) topped the list for spreads and sauces in this year's forecast.

5. Cross-cultural fusions increase.
Dishes that bridge culinary regions will be among the most popular trends, with more than half of chefs incorporating cross-cultural fusion dishes onto menus such as Mexican and Southeast Asian cuisine, French with Scandinavian flavors, Cantonese Chinese and Peruvian (or Chifa), and American South with Japanese. Expect to see regional and indigenous-inspired cuisine, including more Native American, Scandinavian, Peruvian, and Russian influences.

6. Restaurants with a purpose emerge.
Partnerships with local artists, distillers, farmers, purveyors, community members, and more will be important to diners and restaurants alike. Sustainability will also continue to take center stage, as diners demand transparency across ingredients, sourcing and production, and policies to reduce restaurants' environmental footprints.

7. Spritzes will reign supreme.
Influences from Mediterranean regions will shape bar menus, according to nearly half (46%) of respondents. Light, refreshing, often low-alcohol spritzes will be all over bar menus in 2020. These lower-sugar, crisper cocktails are the next evolution of the Spanish Gin & Tonic, which took over bars a few years ago.

8. Mezcal dominates liquors.
Mezcal will continue to dominate in 2020, with more than a third of respondents choosing it as the predicted spirit of choice next year. Expect to see the rise of alternative-grain spirits like Baiju, Shochu, and Soju, which originated in China, Japan, and Korea, respectively. Whisky highballs — a trend largely driven by the popularity of lighter Japanese whiskies — are predicted to gain a cult following next year, followed closely by spiked seltzers and the return of the Paloma.

9. Sour beers and organic wines rise up.
Bartenders predict the rise of sour beers in the year ahead, following the popularity of hazy or juicy IPAs and high-alcohol kombuchas as a beer alternative. Next year's biggest wine trend will be the emergence of more natural wines, or wines farmed organically without adding or removing anything in the cellar. Orange wines and Pét-Nat sparkling wines are also becoming more popular with wine aficionados.

10. Spritz culture will also affect coffee.
Coffee spritzes will be the drink of 2020, according to nearly a third of respondents. Drinks like the Espresso Tonic will be requested all year round. The other top coffee trends for 2020 include nitro coffee on tap, cold brew alternatives, and CBD coffee. 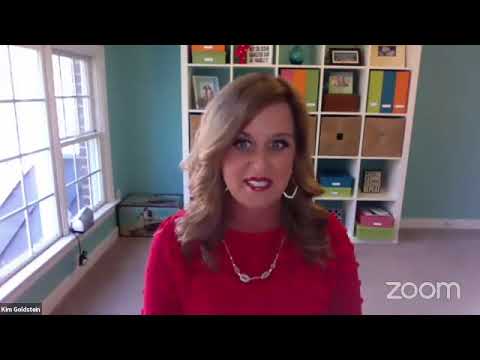