It was a busy weekend for Walt Disney Co. — the company held its annual D23 Expo in Japan, and rolled out price increases at its U.S. theme parks.

Ticket prices rose Sunday at Walt Disney World and Disneyland. "Regular" ticket pricing is up $4 to $119 for adults and $113 for kids at the Magic Kingdom in Orlando. On the most expensive days — the peak visitation times of the year — families will need to spend $5 more for $129 adult tickets and $123 children tickets. On the least expensive days, prices rose by $2 to $109 for adults and $103 for kids.

At Disneyland in Anaheim, California, regular tickets were increased $7 up to $117 for adults, "peak" period tickets will climb $11 to $135, and the least expensive ticket remains at $97. The park's annual pass prices are also rising significantly. The most expensive, Signature Plus annual passport, rises by $100 to $1,149. Even the cheapest will go up $30 to $369.

“Given the small percentage of guests that purchase a one-day ticket at Walt Disney World, extending pre-published, date-specific pricing to multi-day tickets will further advance our efforts to spread attendance throughout the year, and ensure all guests have a magical experience, no matter when they visit,” a Disney spokesperson said.

The date-specific ticket prices, to be implemented in the coming months, aims to help reduce crowding at peak times. Disney's theme parks and resorts accounted for a third of its $55.1 billion revenue in 2017, with domestic attendance hitting a record high.

Disney shares updates at D23 Expo
Meanwhile, at the D23 Expo in Japan on Sunday, Disney unveiled new details about the anticipated Star Wars-inspired resort, as well as several other upcoming attractions.

The themed hotel, to be built at Orlando’s Walt Disney World, will “combine luxury with complete immersion into an authentic Star Wars story,” said Bob Chapek, chairman of Walt Disney Parks & Resorts. It will have windows that offer a view into space, while guests will have the opportunity to dress up as their favorite characters. It will “seamlessly connect” to the corresponding 14-acre land, Star Wars: Galaxy’s Edge at Hollywood Studios, which is slated to open in 2019.

Chapek also unveiled that the Guardians of the Galaxy-themed attraction will be the world’s longest enclosed roller coaster, when it opens at Epcot’s Future World in 2021. It will feature a unique story currently being created by Walt Disney Imagineering.

Other Marvel experiences are in the works. Disneyland Paris is re-imagining one of its resort hotels into Disney’s Hotel New York – The Art of Marvel, set to debut in 2020. 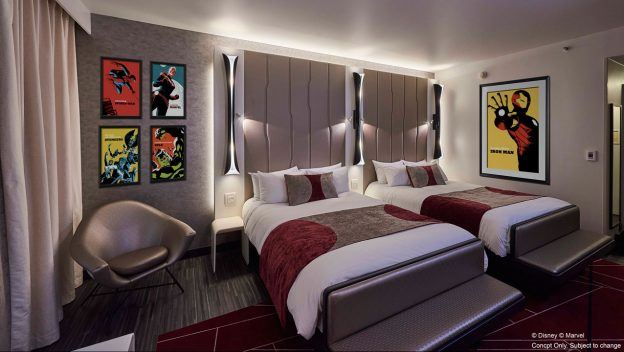 Disney shared a sneak peek into one of the rooms that will open at Hotel New York – The Art of Marvel.

It was also announced the the Marvel Super Hero universe will come to Walt Disney Studios Park, when the Rock ‘n’ Roller Coaster Starring Aerosmith is transformed to a high-speed, hyper-kinetic ride where guests will team up with Iron Man and their favorite Avengers.

On the West Coast, Pixar Pier will open on June 23, 2018 at Disney California Adventure Park. This reimagined land will feature four areas, each representing a different Pixar story with newly themed attractions, food and merchandise. 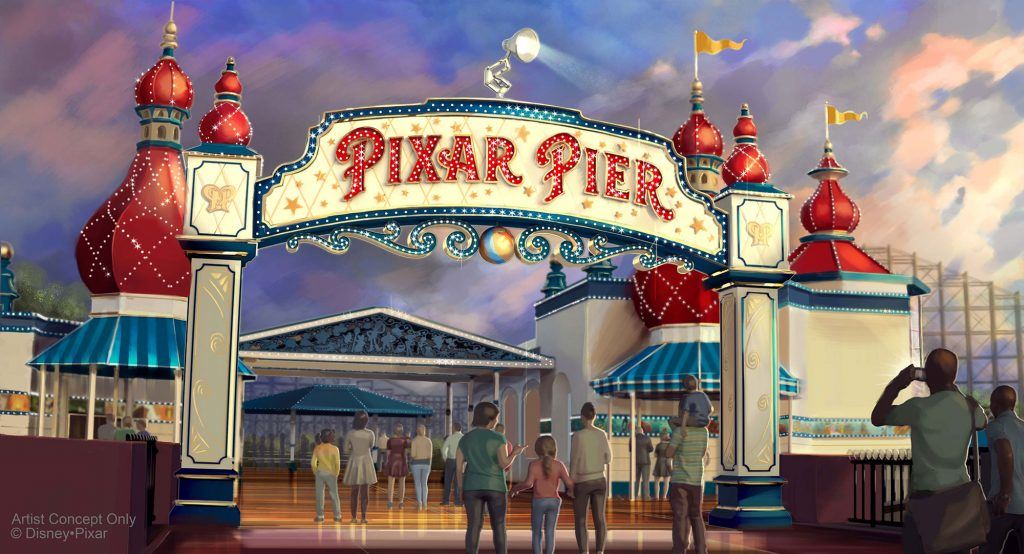 Pixar's Toy Story Land will debut at Shanghai Disneyland in just a few weeks, on April 26. Toy Story Land is also set to open at Disney’s Hollywood Studios this summer.