Valiant Lady, which will follow-up the debut Virgin’s first ship Scarlet Lady in April 2020, was named for the Latin word valere and the French origin valliant, which means bold, strong, and courageous.

The ship, the second of four ships scheduled for Virgin Voyages, is expected to his waters in May 2021, sailing 7-night Mediterranean itineraries out of Barcelona. The sailings will include late-night stops and overnights in Mediterranean port cities.

“We are thrilled to unveil the name of our second ship - Valiant Lady - and to deliver on our commitment to offer travelers a sea change in how they can experience cruising in this fantastic part of the world,” Tom McAlpin, CEO of Virgin Voyages said.

“Our Sailors will fall in love with the places we go and the moments and memories they will be able to create on our gorgeous ship. After all, there is no better way to sail the seven seas than doing it the Virgin way.”

The ship will also continue Virgin Voyages’ “Scarlet Squad” recruiting program aimed at bringing in and mentoring female shipboard talent. When Virgin initially announced Scarlet Lady, it made a point of highlighting its plans to bring in female talent to work onboard, including announcing the first Canadian woman to captain a cruise ship for a major line, Quebec native and current Vancouver Island resident Captain Wendy Williams.

Bookings will open in December for the May 2021 sailings.

Ahead of its reveal, Virgin Voyages also revealed that it will not feature any non-commissionable fares (NCFs) for its travel advisor partners, or First Mates, as part of its outreach that it is calling “An Epic Sea Change.”  All of Virgin’s fares, starting with the cruise fare to add-ons like flights, hotel stays, insurance, shore excursions, spa packages, onboard credits, basic beverage packages, fitness classes, and taxes and fees, will be commissionable at 10% for its advisors. 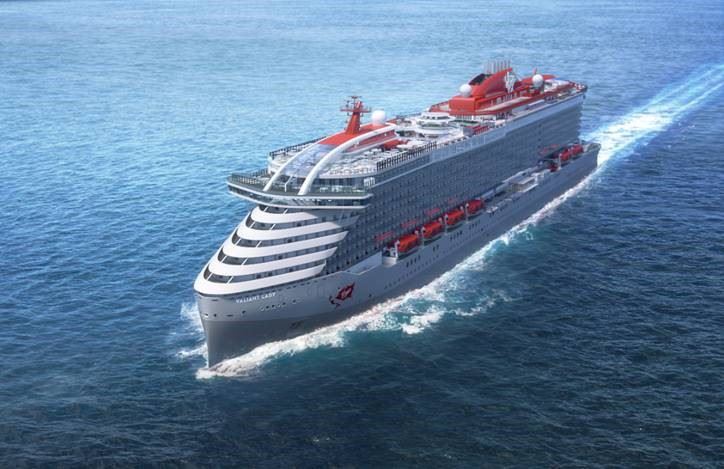