On a recent tour of South Africa sponsored by South African Tourism and based on the theme of the 2018 Nelson Mandela Centenary, I stayed at four very different hotels, providing a brief sampling of the great diversity of the country, its people, cultures, landscapes and certainly its hotels.

The Michelangelo is an elegant, luxury hotel in Sandton, an upscale suburb and the economic hub of Johannesburg, where multinational corporations gravitate to establish their African headquarters.

The Renaissance-style hotel is in a cluster of buildings built around Nelson Mandela Square, formerly known as Sandton Square. It is now highlighted by an often-photographed, six-meter statue of Mandela. The plaza is surrounded by restaurants, outdoor cafes, hotels and shops, as well as a huge mall packed with several levels of stores.

The six-story Michelangelo is built on an atrium plan around a rectangular courtyard on the ground floor that houses the hotel bar and restaurant, with a fountain over a pool with fish, green plants and a provocative sculpture of an abstracted human form. 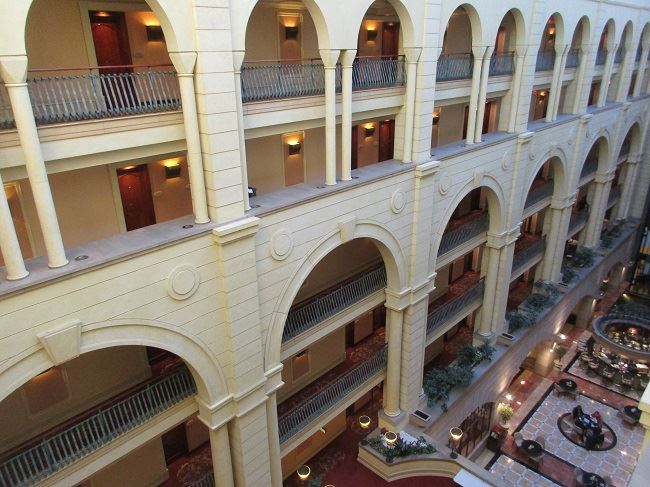 The view of the hotel's atrium.

The Renaissance theme is carried through the entire hotel, with colonnade structures on the floors surrounding the atrium, and columns and capitals framing the mirrors in the guest rooms. The guest rooms are decorated with prints of images from classical Greece.

The Michelangelo is a 40-minute drive from Johannesburg’s O.R. Tambo International Airport, when traffic is good. It is a 20-minute ride on the elevated Gautrain, which costs 150 rand, about 12 dollars under current currency exchange rates of 13 rand to a dollar. O.R. Tambo is the principle air hub in southern Africa.

The location is a real plus, with its easy connection to the train in a city with minimal public transportation options, and its proximity to the Michelangelo Towers Mall and the Sandton Convention Centre.

The hotel is luxurious, opulent without being garish. Quality and sophistication of design are reflected from every feature, from statues and fountains to its spacious open center area reminiscent of a large cathedral.

The Michelangelo is the flagship property of Legacy Hotels and Resorts, which also operates the Da Vinci, the Raphael and Michelangelo Towers in the same area.

During Africa’s Travel Indaba on May 8-10, 2018, the host hotel was the Southern Sun Elangeni, which stands along the shore road on Durban’s Golden Mile, overlooking the Indian Ocean.

The Elangeni is a solid, versatile hotel with friendly and efficient service and a well-rounded menu of offerings. It is well equipped to serve the business travel and convention markets.

The property is a 10-minute walk from Durban’s International Conference Centre, also known as the Albert Luthuli Convention Centre, where Indaba was held. As one of the main conference hotels, it was also a pick-up point for shuttles to Durban’s ICC.

With its location across the street from the beach, the hotel is also an excellent choice as a vacation accommodation. It caters to the family vacation market with special family rooms and services.

The hotel has three restaurants on the ground floor and a restaurant with a sun deck one level up, overlooking the hotel entrance and the beach. Most of the rooms face the beach and offer Indian Ocean sunrises — very helpful for those trying to get moving in the morning to attend meetings at the conference.

The Southern Sun Elangeni is an ace accommodation for Durban, a city with many hotel alternatives.

About a 20-minute drive northward from Durban is Umhlanga Rocks, the home of the singular The Oyster Box. Known for its definitive curry buffet at The Ocean Terrace almost as much as it is known as a hotel, The Oyster Box is a spectacular property. Its version of luxury is never gaudy or superficial, but rather seems to reflect a subtle sense of design and vintage values.

Overlooking a beach that is part sand and part rocks, The Oyster Box belongs to the Red Carnation group and is truly in the top tier of luxury hotels in the world.

The vintage feeling of the hotel is much of its appeal, and its history is reflected in its classic features, from its antique revolving door and spiral staircase in the front lobby, to the old lighthouse that still stands along the shore in front of the hotel. 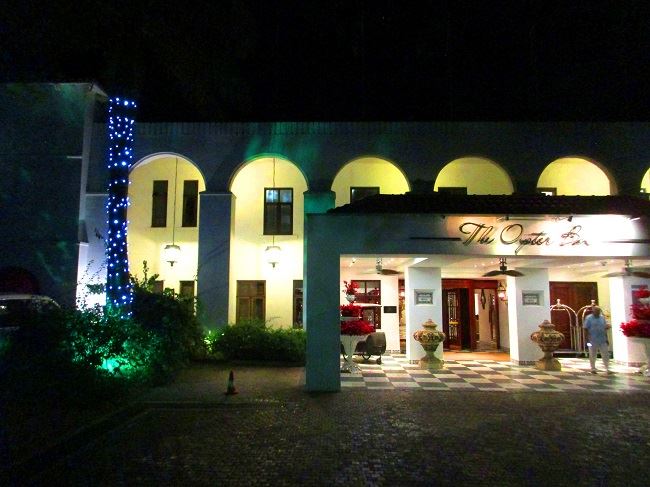 The lighthouse dates back to 1863, when the Oyster Lodge was established as an adjunct to a navigational beacon on the Indian Ocean. The original Oyster Lodge was a cottage constructed of Burmese teak, corrugated iron and concrete.

In 1952, the cottage and grounds were purchased by Ken O’Connor and his sister Kay O’Connor Hill, who built it up, created a tea garden and restaurant, and opened in 1954 as The Oyster Box Hotel.

It was purchased in 2006 by Red Carnation and given an extensive restoration and renewal and reopened in 2009.

Today the property has 86 rooms and suites, a 24-seat movie theater, dolphin-watching from two outdoor terraces, outdoor dining overlooking the Indian Ocean, a swimming pool and access to the beach. The rooms are all different and individually appointed.

Its glass chandeliers, abundant plants, hundreds of pieces of original fine art, checkered tile floors, and the subtle sense of design harmony exhibited throughout the hotel, makes it a voluptuous experience without ever seeming glitzy.

Cape Grace lives up to its name as it graces the popular Victoria and Alfred Waterfront in Cape Town with its stately presence. It would surely have to be near the top of any listing of the many fine hotels in the area.

The 21-year old Cape Grace Hotel stands on a private quay between active shipping docks on one side and a yacht marina on the other on Cape Town’s bustling Victoria and Alfred Waterfront. The four-story structure overlooks active docks, populated with colorful tugboats, cranes and barges. The views of the harbor area, with Table Mountain as the all-pervasive backdrop, may be the hotel’s most priceless feature.

The interior design of the hotel is based on nautical themes incorporating many pieces of vintage Dutch wood furniture. The design is also consciously influenced by the art of the Cape Millay people, with the idea that guests should be reminded that they are in Africa when they are in their rooms. 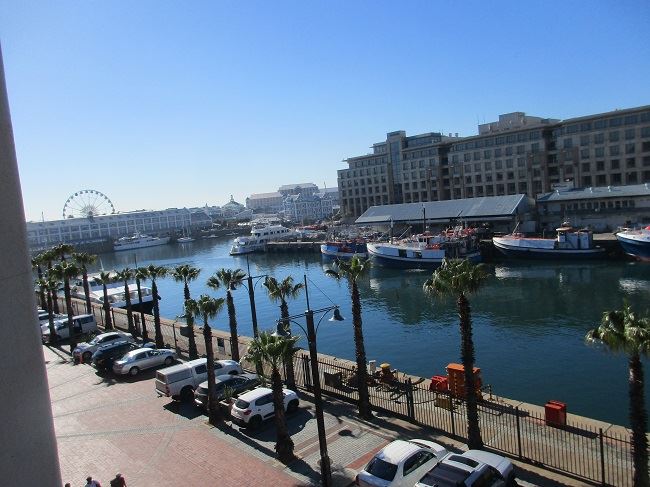 The view from Cape Grace.

Cape Grace serves as a charming and well-located headquarters for a visit to Cape Town. It has a spa, a pool, the Bascule Whisky Bar and the Signal Restaurant, all elegantly appointed and cozy. The hotel has 120 rooms, including three-, two- and one-bedroom apartments.

All the rooms are decorated differently from each other. The designers went so far to distinguish them from each other as to incorporate one-of-a-kind, hand-painted curtains created by local artisans. The carpets and décor in the hallways vary from floor to floor, so the floors look different. If you go out of the elevator on the wrong floor, you’ll know it.

The hotel is within a 10-minute walk from most of the attractions in the Victoria and Alfred Waterfront area, including more than 450 restaurants and shops, and the recently opened Zeitz Museum of Contemporary Art Africa.

The hotel caters to families with special services for kids — such a story time and gingerbread painting — as part of a three-night family package, with four hours of babysitting included.