The future of cruise travel is upon us, with major cruise lines rolling out new technology, impressive dining and cocktail programs, modern amenities, and greater adventure. For Royal Caribbean, the future comes with a $900 million investment that features new and improved vessels, ports, and features aimed to entice the “next generation of cruisers.”

That was the message behind Royal Caribbean’s splashy debut event in New York on Mar. 14. Fittingly held at the slick new South Street Seaport Pier 17, the launch event brought together travel agents, media and industry partners to learn about the best of what’s ahead.

Labeled “Royal Amplified,” the unprecedented expenditure will modernize 10 ships in four years, touching virtually every facet of the onboard and port experiences.

For the Freedom Class, the Independence of the Seas will be the first upgraded ship, adding the glow-in-the-dark laser tag Sky Pad, Battle for Planet Z experience; as well as the Perfect Storm trio of waterslides. New dining venues will cover New England-style seafood at Fish and Ships, as well as Playmakers Sports Bar & Arcade, Izumi Hibachi and Sushi, and Sugar Beach for desserts.

Starting in May 2018, the Independence will offer 3- to 14-night sailings from Southampton, England; then will relocate to Fort Lauderdale for 4- to 5-night Caribbean cruises. Similar new features will debut on Freedom of the Seas in 2020, and on Liberty of the Seas in 2021.

In summer 2018, Voyager Class vessel Mariner of the Seas also will get the new Sky Pad and other recreation features, along with the new Playmakers bar and the Bamboo Room tiki-style lounge. By 2019, Mariner’s sister ship Navigator of the Seas also will be redesigned, and specifically cater to those seeking a quick getaway. 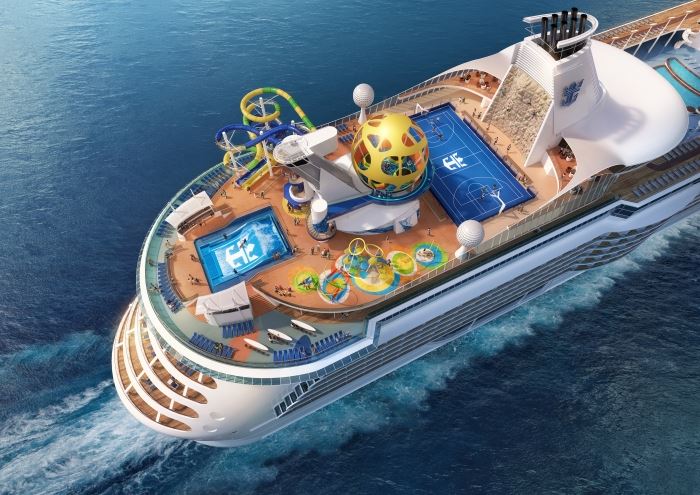 Mariner of the Seas also will get the new Sky Pad and other recreation features.

Meanwhile, Oasis Class vessels will undergo the most dramatic changes, first with the “reimagined” Oasis of the Seas debut in fall 2019, featuring new pools, bars, restaurants, and thrill activities — which are already in action aboard Symphony of the Seas. They will be added to Allure of the Seas in spring 2020.

Wowing loyal customers, attracting the next generation
“We sail with more than five million guests worldwide each year, and recognize the need to always innovate and stay ahead of the curve,” said Royal Caribbean International President and CEO Michael Bayley. “We’ve designed this program to ‘wow’ our loyal guests while attracting the next generation of adventurers.”

Other ships also are undergoing upgrades over the coming years, including the Shanghai-based Quantum Ultra 2 in 2019, Oasis 5 in 2021 (its region has yet to be determined), and the brand-new Icon Class that will debut in 2022 and 2024 — though its details remain under wraps.

Bayley was joined by Mark Tamis, the company’s senior vice president of hotel operations. He added that extensive consumer polling, focus groups and other in-depth market research were key to launching the array of new fleet features.

Enhancements to CocoCay
In addition to new adventures at sea, many grand enhancements are heading to CocoCay, the cruise line’s private island in the Bahamas. The island’s Thrill Waterpark will undergo a $200 million transformation that will add the tallest waterslide, Daredevil’s Peak, to the dozen other water towers and slides. 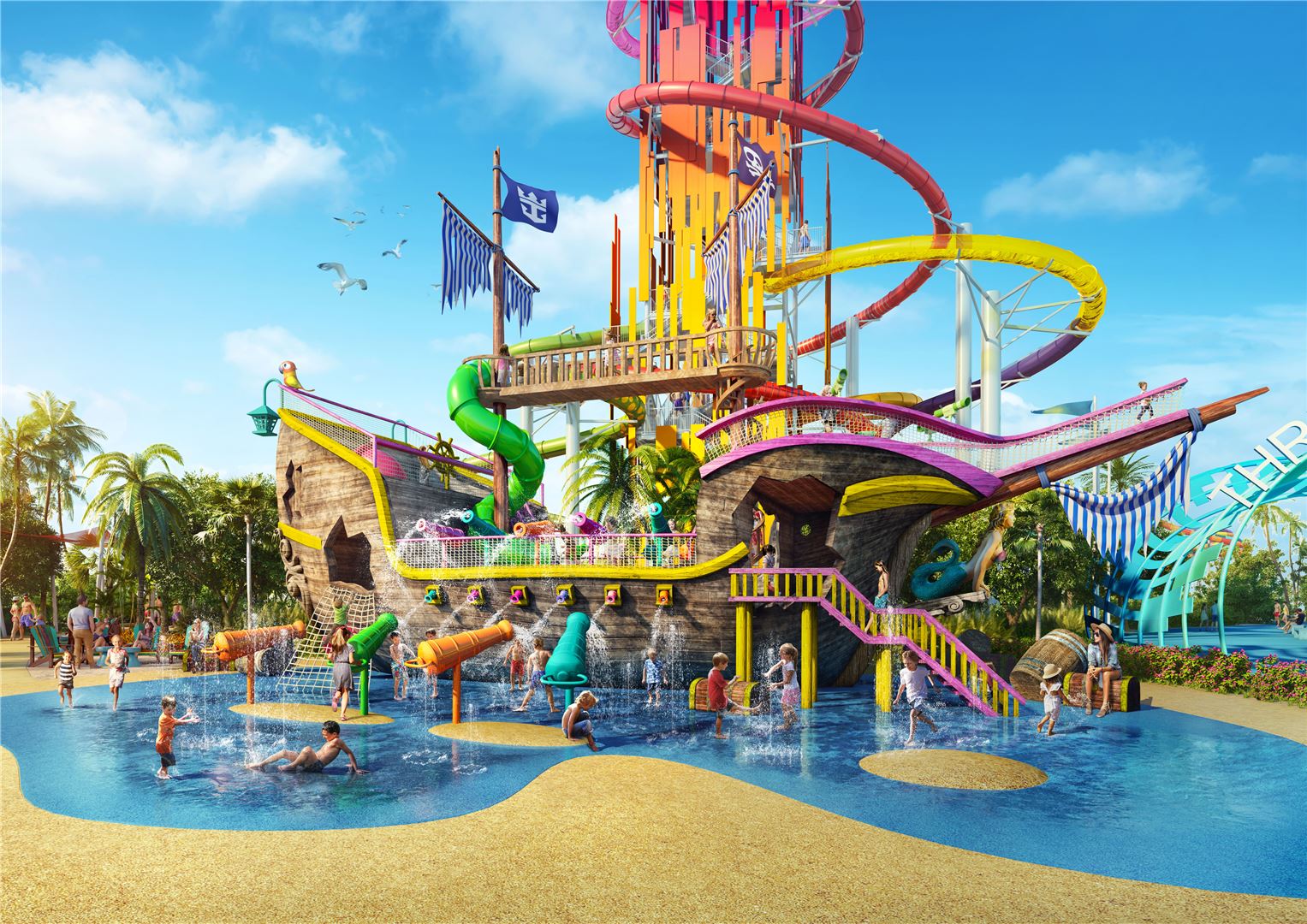 A rendering of the updated Thrill Waterpark.

The park will also feature a 1,600-foot zipline, giant sightseeing balloon, Oasis Lagoon freshwater pool (with swim-up bar), and two distinct beaches for either relaxation or recreation. A more exclusive Coco Beach Club will be the VIP area, offering an upscale experience and the Bahamas' first overwater cabanas.

Royal Caribbean ships departing from its New York, Maryland and Florida ports will visit CocoCay, and see its new experiences roll out in phases, beginning September 2018 and concluding by summer 2019. CocoCay will serve as the model for more “Perfect Day Island Collection” private islands slated for Asia, Australia and elsewhere in the Caribbean, though those destinations have no current timeline.

“Our ships are technological and engineering marvels in their own right, and offer a multitude of unexpected experiences,” said Bayley. “But our destinations are an equally important part of the cruise vacation. We are introducing the Perfect Day Island Collection to deliver the most memorable vacations for adventure seekers on land and onboard our ships.” 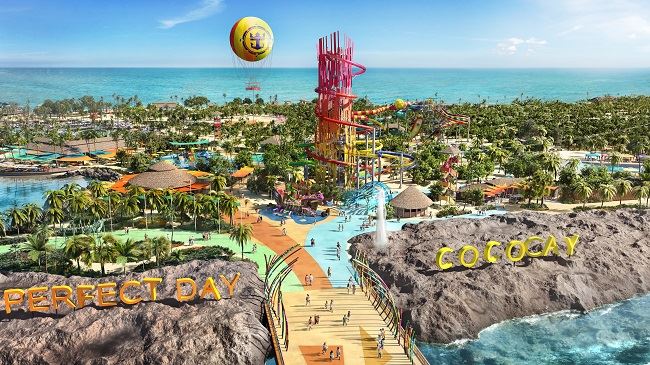