As more U.S. states have reopened to travel, and more airlines have built capacity back into their schedules, the negative variance in tickets sold for the week of June 14, 2020, compared with the corresponding week in 2019, dropped to 75.2%. That was down from 81.1% for the week ending June 7, 2020.

“We have seen a very good jump this week over previous weeks,” said Chuck Thackston, ARC managing director, data science and research. “The recovery is beginning to strengthen as things open up.”

“Over the last week or two, we’ve seen a pretty good increase in demand for the 20 to 80-day advance purchase range of travel,” Thackston said. These fares tend to be purchased by leisure travelers.

“We’re also seeing for the fall and end of the year, trends are starting to normalize. We could see toward the end of the year, only a 30-40 percent year over year variance in those last several months in number of travelers,” he said. “And that might skew to the lower end of the forecast.”

Still, Thackston was not ready to declare victory over the pandemic. “While there are a lot of positive signs,” he cautioned, “it’s difficult to predict yet what the curve will look like.”

Another indication that current bookings are skewed towards leisure is ARC’s number of ticketed flights. “That’s recovering a little faster than the number of tickets. That says leisure travel is leading the way. As those ticketed flights show a better recovery, that is also a good indication for the hotel industry,” Thackston said, because these air travelers likely are needing a place to stay.

Average fares are lower, but why?
At the same time that ticket sales are improving, average fares calculated by ARC have dropped significantly. It is not clear, however, whether that is due to the airlines trying to stimulate demand through lower prices, or the mix of travelers flying.

With so few business travelers aloft, leisure fares represent a stronger mix of what is being purchased, Thackston said, depressing average fares.

“We’re not seeing those high value tickets, premium international business cabins,” he said. Still, he cautioned against pinning the lower fares to any specific factor. “There are lots of moving parts at this point. So, we will continue to watch this very, very closely.”

Thackston believes the OTA’s strength is further proof of their ability to stimulate demand. “They’re looking at travelers, and telling them, ‘you didn’t travel yet this year. Let’s book your travel going forward.’” 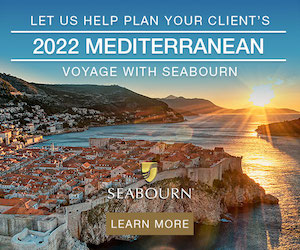