While more travel agents are owning their own businesses as sole proprietors, partners or independent contractors, the TravelStore in Los Angeles has 147 owners.

Approaching its 10th anniversary as an Employee Stock Ownership Plan (ESOP) legal entity, the Travel Store is a rarity in the industry. But its executives feel that its unique structure gives them a competitive edge.

“We always have felt the TravelStore has a somewhat unique company culture,” said Dan Ilves, CTC, MCC, and senior vice president. “Having the employees own the company, they realize it is their company. They’re working for themselves and working as a team.”

“When we go for a corporate account, the prospective client appreciates that we’re employee owned,” agreed Osvaldo Ramos, executive vice president and CFO. “They know they are going to be dealing with people with an interest in doing a great job.”

The TravelStore was founded in 1975 by Wido Schaefer, and operates eight branch locations in and around the Los Angeles basin, and a few corporate on-sites. Along with its 147 employees, the company also has about 150 independent contractors.

When Schaefer started looking at succession planning in 2005, neither his son nor his executives wanted to buy it—and so he sold it the employees. Schaefer remains the CEO today, as the employee stock plan slowly purchases the remainder of his stock. The last payment will be in January 2017.

While no one has tallied the number of travel agency ESOPs in the United States, most experts believe there are certainly less than a dozen, because the model tends to fit a narrow set of circumstances. Typically the owner has no one to pass the company on to, and a healthy balance sheet.

Because of the support required to meet federal regulations, “an agency needs to be financially strong” to operate as an ESOP, Ramos said. 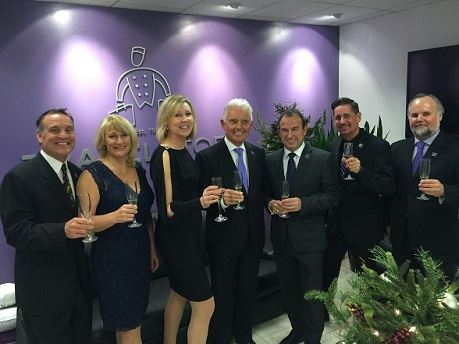 The TravelStore has an outside administrator, based in San Francisco, which charges $30,000 a year to manage the ESOP. There’s also a third-party appraiser, another $8,000-10,000. And the ESOP needs to be audited by CPAs, costing another $8,500 or so.

Ramos estimates that an agency needs to turn an annual profit of $300,000-$500,000 to make it worthwhile for employees. It also requires a group of employees willing to work under a slightly different operating structure. For example, the company operated a 401K plan prior to moving to the ESOP. Now, in lieu of a retirement plan, the employees receive profits through their stock ownership.

But the company has no problem attracting employees. “Employee turnover is low,” said Ilves, who has been with The TravelStore for 20 years; Ramos has been there 25.

Ilves said The TravelStore has hired eight Millennials in the past two years. “Once they understand what it means, it is very attractive to them,” Ramos said.

The TravelStore has consistently generated a profit, a portion of which is used to buy stock from Schaefer. After three years, the TravelStore had already purchased 46% of the stock. Schaefer then transferred the rest of the shares to the employees in exchange for a 10-year loan.

Last year, the company’s employees received more than $2.4 million in profits. Shares cannot be cashed out until an employee leaves the company. Once employees reach the age of 65 and leave the company, they start collecting 20% of what they have in their plans each year, so they cash out in five years.

Shares are distributed based on compensation. When the ESOP was created in 2007, shares were valued at $5.85; now they’re over $31, Ramos said.

Avis Rent a Car was perhaps the most famous ESOP in the travel industry until it was acquired by HFS, which later became Cendant, in 1996. Travel and Transport, in Omaha, NE, has been an ESOP since 1991. 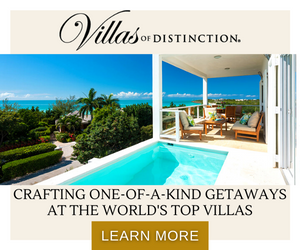