Disney/Pixars' Toy Story films saw the opening of its very own dedicated land this weekend inside Walt Disney World’s Hollywood Studios to much fanfare, where parkgoers waited in lines for hours to enter Andy’s backyard.

“We are welcoming everyone who has ever dreamed of being a part of their own ‘Toy Story,’” said Bob Chapek, Disney’s chairman of parks, experiences and consumer products, speaking Friday at an opening ceremony. 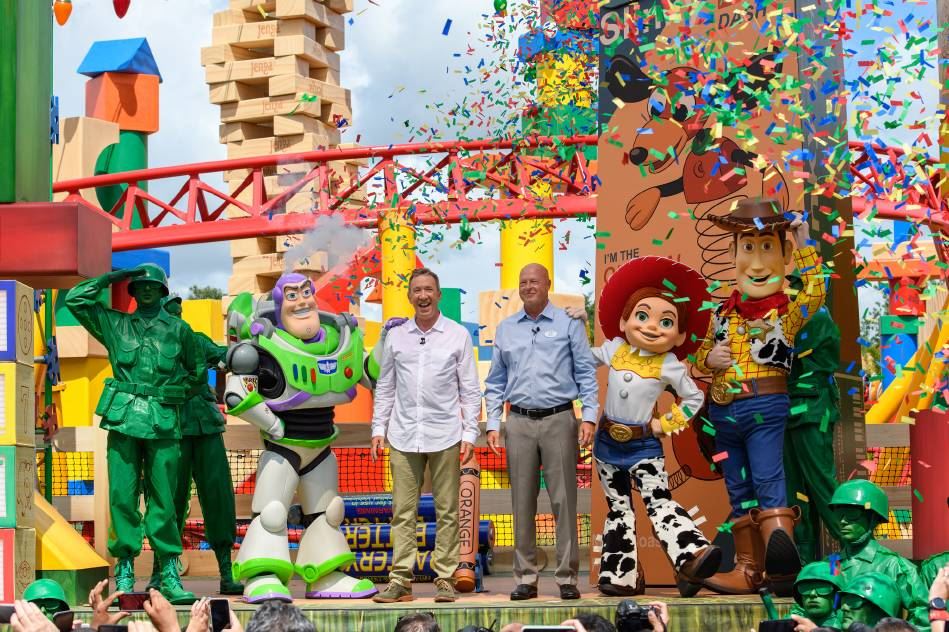 Greeted by a nearly 20-foot statue of Sheriff Woody, guests are transported to a colorful world of childhood nostalgia and make-believe, becoming honorary toys in Andy’s backyard. Larger-than-life Tinkertoys and blocks that line the walkways and giant Christmas lights dazzling overhead make guests feel as if they’ve shrunk down to toy-size themselves.

The concept behind the 11-acre land is bringing Andy’s imagination to life. “Every single detail was thought of in Andy’s mind,” said Liliana Lorenzo, associate manager of marketing strategy for Disney Destinations. “He was putting all these things together from his toys, like building a bench from Popsicle sticks or a rollercoaster from a slinky.” 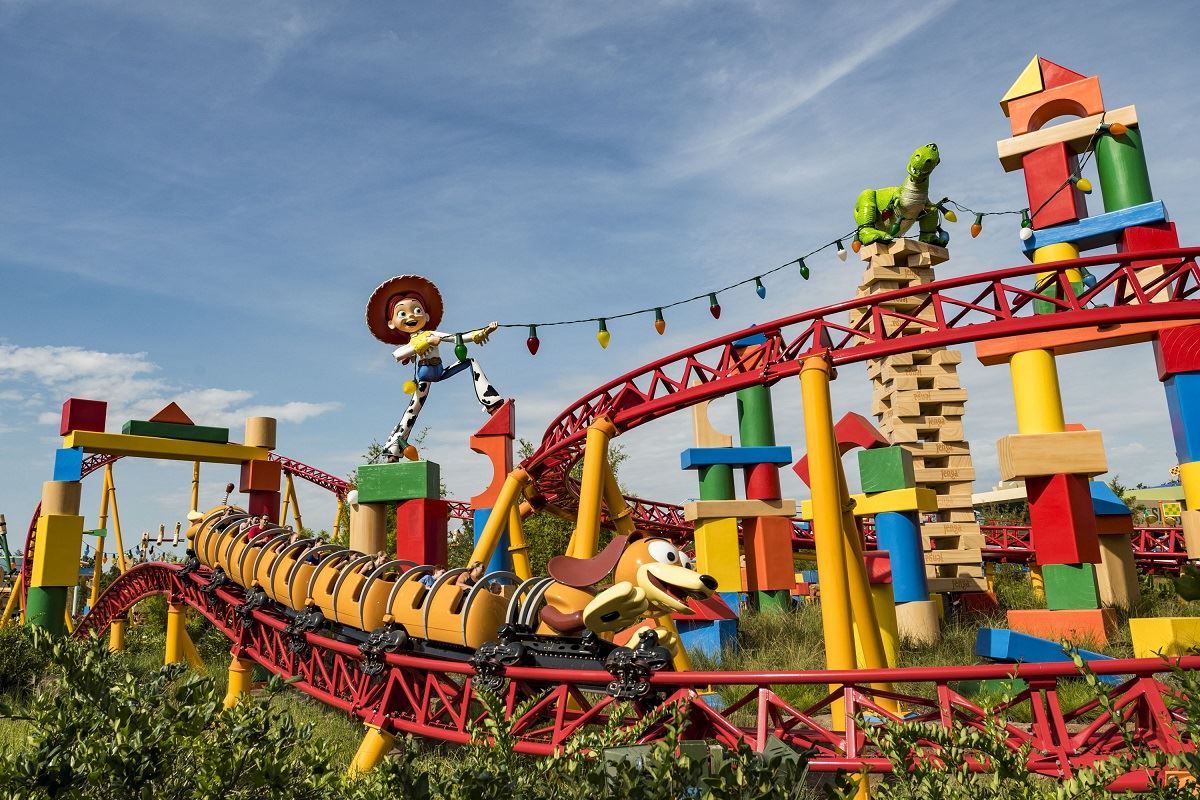 The land’s main attraction, Slinky Dog Dash, is a family-friendly coaster that seats guests inside Slinky Dog as it soars past Jesse and Rex; while riders on Alien Swirling Saucer spin in rocket ships while the Aliens try to get captured by "The Claw" that hangs overhead. The popular Toy Story Mania! attraction also has a new colorful carnival game entrance inside Toy Story Land. 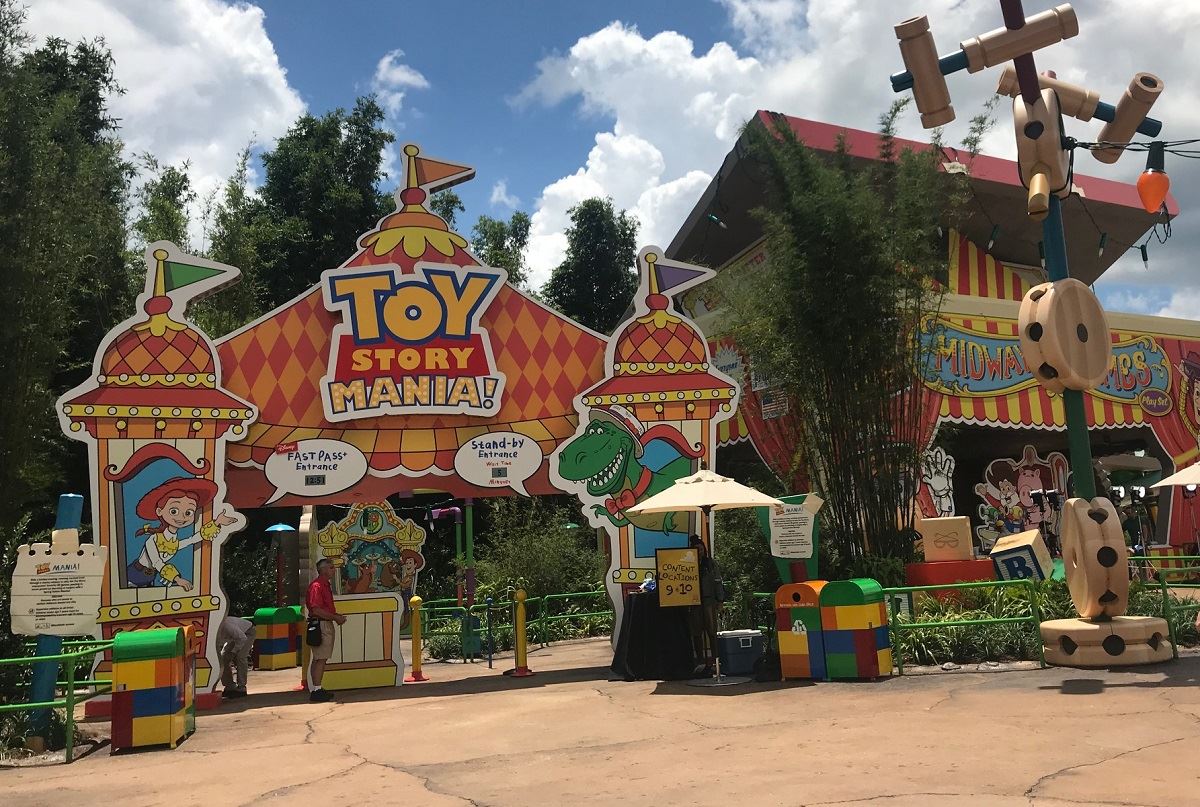 Woody’s Lunchbox serves modern-day twists on classic foods, such as the three-cheese grilled cheese sandwich, a brisket melt, and old-fashioned soda floats, along with kid-approved S’More French Toast and Lunch Box Tarts. Refreshments can be ordered from a walk-up window out of Andy’s vintage lunchbox and thermos.

Toy Story Land is part of a larger, multi-year project to expand Disney’s Hollywood Studios, which also includes the highly anticipated Star Wars: Galaxy’s Edge, slated to open in late 2019, and Mickey & Minnie’s Runaway Railway, the first ride-through attraction themed to the beloved characters. On Friday, Disney announced a new Lightning McQueen show coming to the park early next year, that “will welcome guests to the world of Cars and bring them face-to-face with racing legend Lightning McQueen.”

“Travel agents, I’m sure, have heard from clients, ‘Well Hollywood Studios is only a half-day,’ and I think with the transformation, our goal is to really make it an all-day experience,” Lorenzo said.

Lorenzo also recommended booking clients at one of the 25 Walt Disney World Resorts, so they can take advantage of special Magic Hours and booking Fast Passes 60 days out."We know [Toy Story Land] is going to be popular and the lines can be a little long, so we wanted to make sure our resort guests had a chance to experience it kind of to themselves," she said, adding that resort guests will have access to exclusive "extra-extra" Magic Hours, just at Hollywood Studios, to experience Toy Story Land from 7 to 8 am throughout July and August.