Ten years after Oasis of the Seas debuted, and helped to set a standard for cruising’s new builds, Royal Caribbean is giving the ship a makeover.

The cruise line announced on Tuesday that the vessel is set for a $165 million “amplification” that will add new restaurants, update public spaces, and more, during a 63-day modernization. The ship will return to service on Nov. 24, 2019 with seven-night Eastern and Western Caribbean out of the brand's new Miami terminal.

“Today, our Oasis Class ships continue to lead the industry and attract vacationers new to cruising,” Michael Bayley, president and CEO, Royal Caribbean International, said in a statement. “Now with the opportunity to disrupt the industry once again, we’ve gone all-in with our biggest and boldest amplification yet. Oasis will turn heads when she arrives to Miami this November and the Northeast in May 2020.”

The refurbishment is part of Royal Amplified, a program that Royal Caribbean unveiled last year that promised to deliver the next wave of cruising through a $1 billion investment that would propel the cruise line to new ports with improved ships. 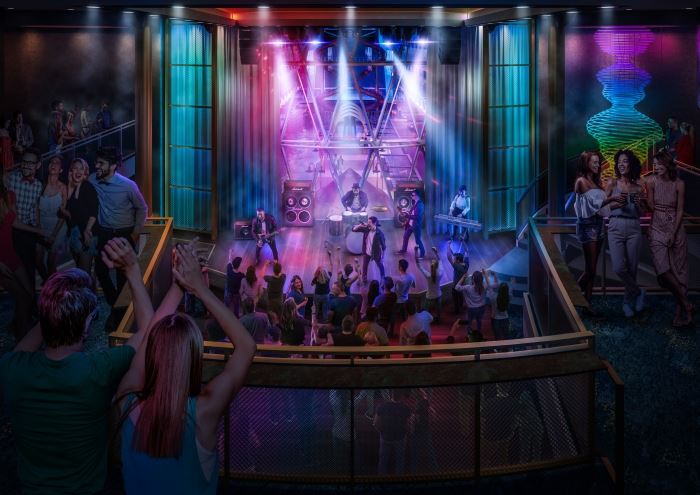 The new Music Hall on Oasis of the Seas. Photo: Royal Caribbean

New pool deck
Among the additions to Oasis is a set of new offerings on the top deck, including new seating and shade-like casitas, daybeds, and hammocks.

The 10-story Ultimate Abyss, a staple of Royal Caribbean’s other Oasis-class ships (including the upcoming Symphony of the Seas) will be added, as will its trio of waterslides known as The Perfect Storm. The kid-centric Splashaway Bay will also be added during the renovations.

For adults, Royal Caribbean is bringing the signature pool-deck bar, The Lime & Coconut, onboard; as well as new whirlpools and a refreshed Solarium to complete the renovation. 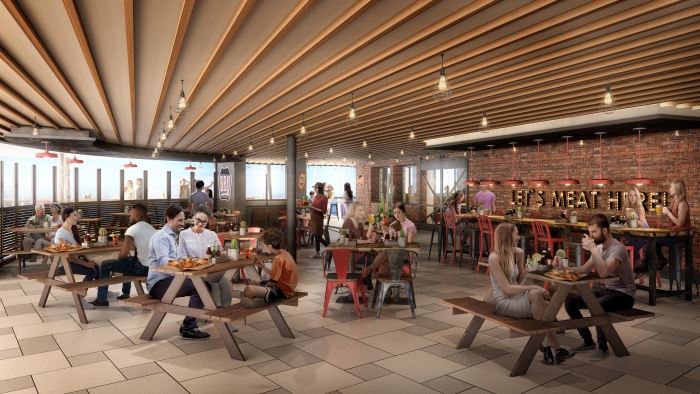 More restaurants
The brand’s first barbecue eatery, Portside BBQ, will be featured on the Oasis pool deck when it reenters service. Portside will offer signature BBQ dishes like mac and cheese, homestyle cornbread, baked beans, coleslaw, and “down-home desserts” including the Banana Dream and a brownie cookie mashup.

Oasis will also have the Mexican quick-service eatery, El Loco Fresh, which will offer made-to-order tacos and burritos, quesadillas, mini salads, and more; along with Royal’s signature Playmakers Sports Bar & Arcade on the ship's signature boardwalk and the Sugar Beach candy store. 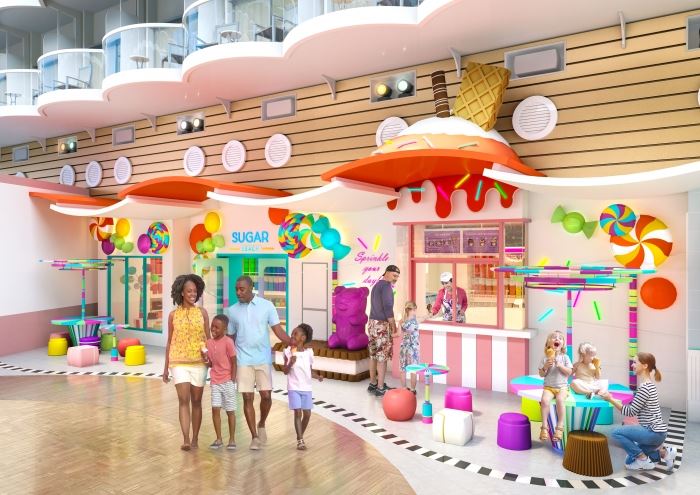 Enhanced nightlife and family spaces
A new karaoke bar, Spotlight Karaoke, will be located on the promenade. The Music Hall will be added, a live music venue and the first of its kind on any of Royal Caribbean’s Oasis-class ships. There will also be the robotic bartender bar, Bionic Bar.

For families, Royal Caribbean promises the new Oasis will “redefine family vacations with a bold combination of programming that brings families together,” through a bow-to-stern renovation of all family spaces onboard, including a brand new Adventure Ocean and a new hidden entrance to the ship’s teen club.

“We’re all trying to figure out what this next chapter will be like. I have some clients who are ready to travel, and they just want to know what they have to do. There are others on the opposite extreme, who may never travel again, and that’s sad. And then there are those in between.”

How To Celebrate the Fourth of July Safely

1. Watch fireworks, in person or onscreen
2. Take a virtual tour of national landmarks
3. Watch a movie about the country’s founding
4. Revisit the Declaration of Independence
5. Celebrate in the kitchen
6. Get together (safely)

Shorter sailings, physical distancing onboard, COVID-19 tests, and more were recommended by the EU this week.

Leibowitz is taking over for Rick Meadows, who departed Seabourn in May after more than three decades with Carnival Corp.

The move marks the first time MSC will sail a ship out of Florida's Port Canaveral.

The cruise line had planned to resume sailings in August.

Session 8: How to Grow Your Business Through Social Media
About Travel Market Report Mission Editorial Staff Advisory Board Advertise
TMR Resources Webinars Calendar of Events
Subscribe to TMR
Select Language
Do You Have an Idea Email
editor@travelmarketreport.com
Give Us a Call
1-(516) 730-3097
Drop Us a Note
Travel Market Report