Iceland has found itself at the top of dozens of Top Destinations lists in recent years, and for good reason. The country’s landscape is nothing short of majestic. As people flock to see the natural wonders, Iceland has more than quadrupled the number of annual foreign visitors that arrive on its shores in just six years. Last year, Iceland welcomed 2.2 million tourists; while in 2010, just 459,000 people visited.

However, much of the boom has been centralized in the capital of Reykjavik. In an effort to spread out visitor numbers across the region and diffuse crowds, the tourist board has been heavily promoting and marketing the areas around Iceland outside of Reykjavik.

Inga Hlín Pálsdóttir, director of tourist board Promote Iceland, said this was the first year Iceland had a more sustainable growth of about 2-3 percent, compared to the previous years of over 20 percent.

“For Iceland, I think the challenge and opportunity for the next three years is to think about our objectives in that sense, where we are thinking about all the regions, to get travelers to travel further around Iceland, and off-season, and to keep the growth we already have,” she said.

Beyond Reykjavik
It was with this in mind that the annual Vestnorden Travel Mart trade show was held this year in the northern city of Akureyri, easily accessible via Air Iceland Connect. The largest city outside the capital area in Iceland, Akureyri was able to showcase its tourism product to the more than 600 attendees.

Located at the head of Iceland’s longest fjord, Eyjafjörður, the picturesque Akureyri is home to quaint shops, restaurants, and cafes. Travelers can go whale watching, relax in the geothermal swimming pools, or, in the warmer months, visit the northernmost 18-hole golf course in the world. At Hlíðarfjall, skiers can race down slopes and journey on extensive cross-country trails with breathtaking views.

From Akureyri, many of Northern Iceland’s natural wonders are just an hour drive away. Lake Mývatn is surrounded by volcanic and geothermal features — with stunning views in every direction, from the Hverir hotspring area to the Krafla volcanic area — as well as the Mývatn Nature baths, a natural pool in the middle of lava fields. 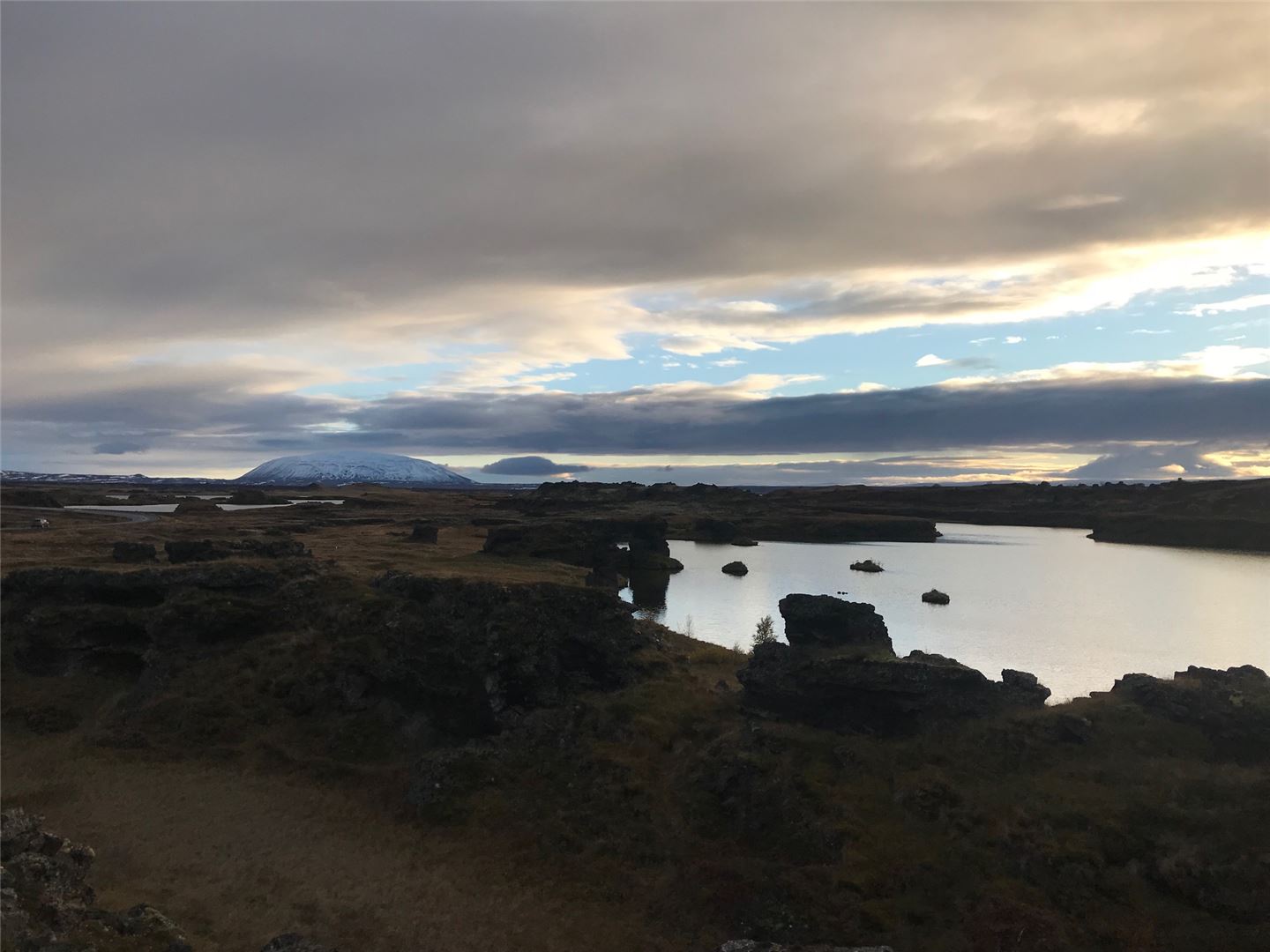 Lake Mývatn is a crown jewel of Northern Iceland.

From the end of August to April, guests can awe at the beauty of the northern lights. Guided tours take guests to observations points and little-traveled locations for the perfect Instagram moments. The area is also home to waterfalls, volcanic areas and canyons, and winter-time activities include dogsledding, snowmobiling and super-jeeping. In the summer, it’s one of the best places to bird watch.

For the past 35 years, the trade show – organized by the North Atlantic Tourism Association (NATA) – highlights tourism in the West Nordic countries of Greenland, Iceland and the Faroe Islands. The hosting and management of the event rotates annually between the three countries, with Iceland hosting every second year.

A common thread in each of the speeches given at the event was sustainability, and how to adapt to the growing number of visitors while maintaining the integrity of the natural wonders that made the destinations popular in the first place. 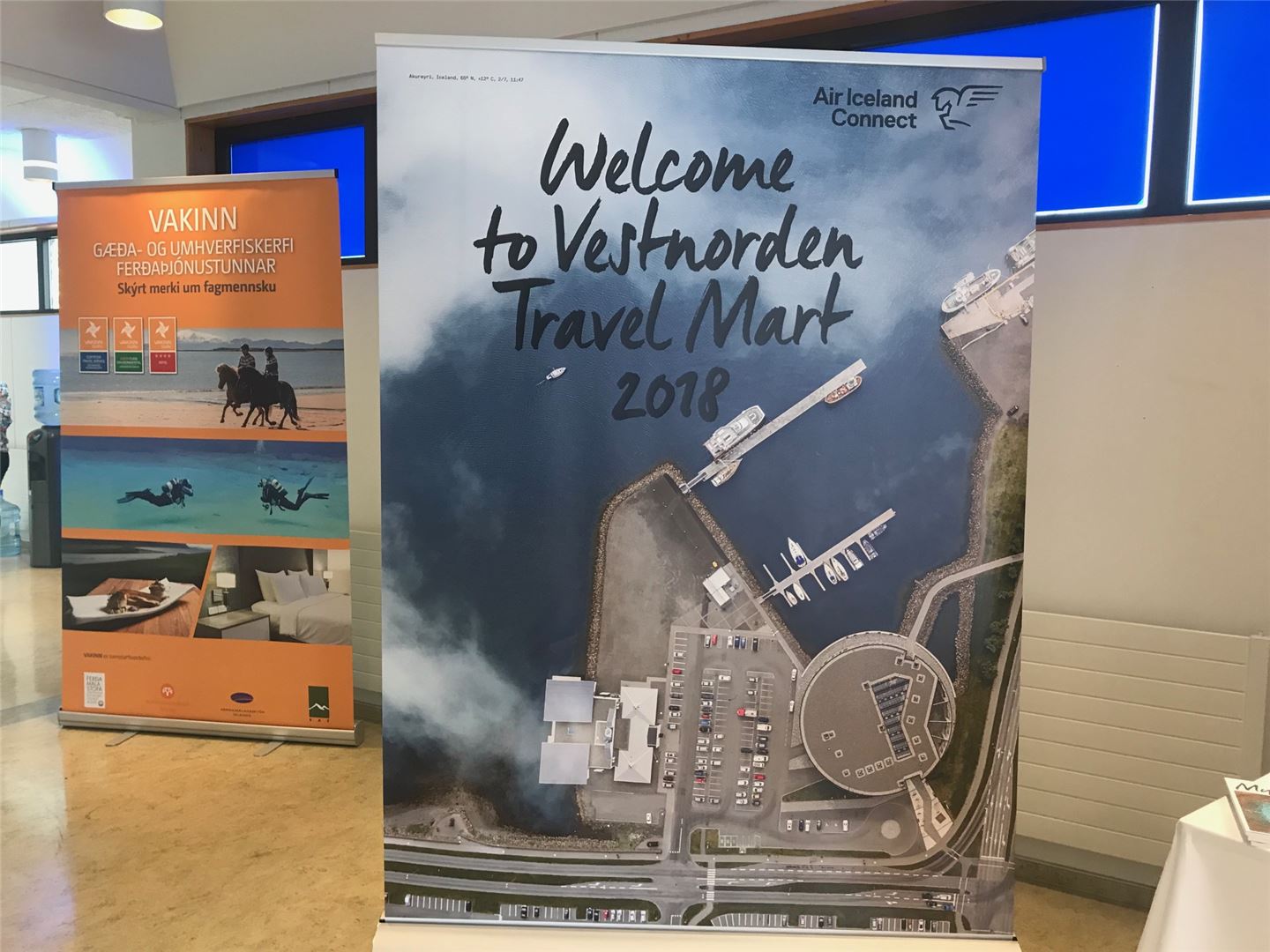 “We know that informing visitors of Iceland’s fragile nature and responsible tourism is a key aspect. Responsible travel is the undertone in all our work,” said María Björk Gunnarsdóttir, manager at Visit Iceland. They introduced the Icelandic Pledge in 2017, asking visitors to sign the pledge to be responsible in their travels before visiting.

While the Faroe Islands and Greenland do not have the same issues of rapid growth as Iceland, where they are now focused on maintaining and stabilizing visitor numbers, sustainable travel is still at the forefront of tourism official’s minds.

“People travel for our nature, so we need to make sure that we sustain that so there’s still something to travel for in the future,” said Súsanna Sørensen, marketing manager Visit Faroe Islands, which sees about 100,000 visitors a year.

In order to thin out the busy summer months, all three destinations are promoting year-round travel to control the flow of visitors to a more even and sustainable rate.

“The last two summers have been packed, and we would like to move some of the traffic to the shoulder seasons and winter,” Sørensen said, adding “we can already see the season has been extended, from April or even March to October.”

Julia Pars, managing director of Visit Greenland, said Greenland was also using Vestnorden to focus on seasonal development in the winter and to “make everyone aware there is so much to do in the wintertime.”

Iceland has seen in the recent years the ratio between the off-season and summer season change, as well. Where it used to be over 60 percent in the summer during July and August, 65 percent now come in the off-season, according to Pálsdóttir.