The first-ever roller coaster at sea, BOLT, set to debut on Carnival Cruise Line’s Mardi Gras when it launches in August 2020, will feature all-electric, motorcycle-inspired vehicles with digital speedometers that race along the 800-foot-long track on the ship’s top deck.

Carnival Cruise Line President Christine Duffy, along with its Chief Fun Officer Shaquille O’Neal, unveiled that and some more details about what’s the come on Mardi Gras during the International Association of Amusement Parks and Attractions (IAAPA) in Orlando on Tuesday.

BOLT, which was unveiled in late 2018, will also allow riders to pick their own speed of up to 40 miles per hour, giving guests the opportunity to take multiple, unique trips whizzing along the track 187-feet-above sea level. And cameras along the track will be able to capture the riders at whatever speed they choose. 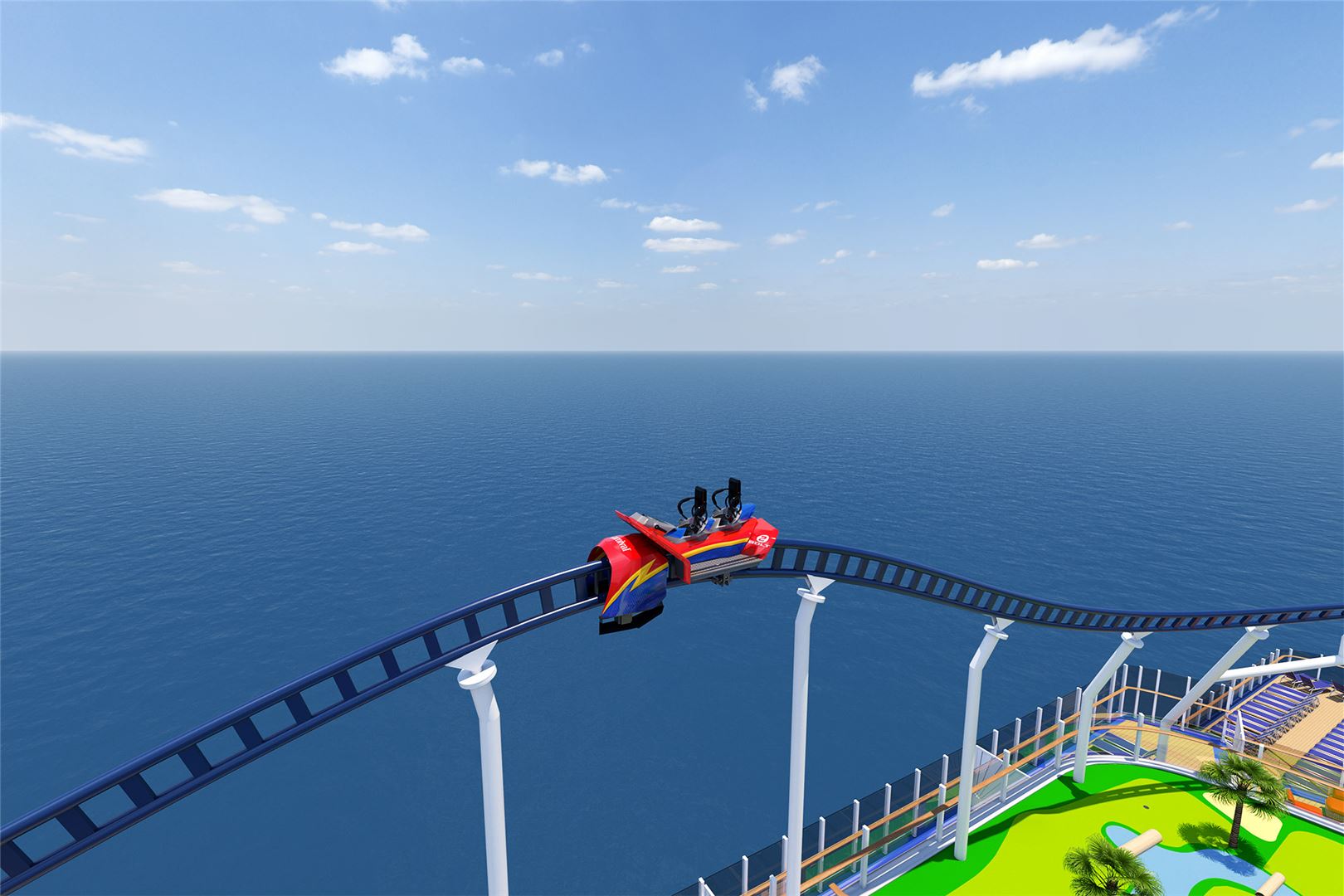 The Ultimate Playground will be an expanded SportSquare including the 600-foot-long suspended ropes course, the longest at sea, along with a nine-hole mini golf course, jogging track, basketball court, and outdoor fitness area.

“Whether guests want to get an adrenaline rush or take it slow and enjoy the breathtaking views, BOLT will have it all,” said Duffy.

Aside from Bolt, Carnival has so far unveiled that Mardi Gras will feature a cruise ship edition of Family Feud Live, will have more suites than any other Carnival ship in the fleet at more than 180 different options, and will feature a brand new restaurant from Emeril Lagasse.

It is the cruise line’s first daily gratuity increase since 2019.

Travel Market Report reports back after a week aboard Carnival Celebration.

NCL is one of several cruise lines to report record sales for this year's Black Friday and Cyber Monday.

The cruise line is one of the first to follow suit after NCL's move to eliminate most NCFs.