The Hard Rock Hotel & Casino Atlantic City opened in June, along Atlantic City’s famed Boardwalk. On 17 acres and with 2,000 guestrooms and suites, the property underwent a $500 million renovation to convert the former Trump Taj Mahal that closed in 2016. Beyond its casino with 2,200 slots and 120 table games, the music-inspired hotel is seeking to attract such markets as family, business, and weddings.

Below are five reasons to stay at the new Hard Rock Hotel & Casino, which travel agents can present to clients who are seeking to head to New Jersey’s shoreline gaming mecca.

1. Casual to upscale dining
More than 20 options at the hotel cater to guests’ desires for casual to upscale dining and a variety of cuisines. Top picks for pure fun include a 10,000-square-foot outpost of the well-known Sugar Factory American Brasserie. Over-the-top is the best way to describe its signature offerings that include its 60-ounce smoking Goblets (with or without alcohol), Monster Burgers, Insane Shakes and Old-Fashioned Sundaes for Two that are in no way just for two people. If that’s not enough sugar, the adjacent confectionary offers a floor-to-ceiling candy wall of 500 types of candy to go. 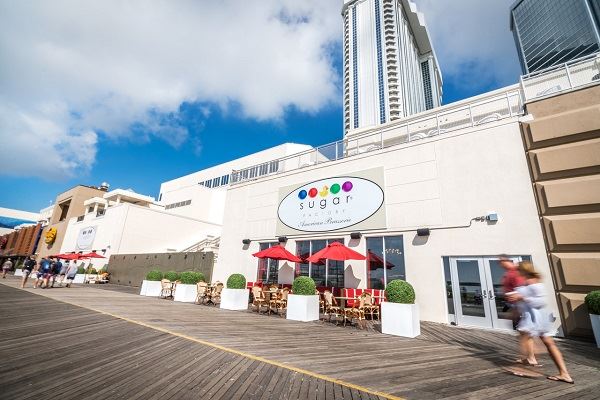 For a fancy night out filled with romance, the 8,000-square-foot Robert’s Steakhouse delivers with ambience and décor. The menu will not disappoint, with a choice of hand-cut steaks that are dry-aged in house. Live entertainment is available at the restaurant’s lounge.

Of course, guests will also find the Hard Rock Café, which serves up live music and an expanded American menu, and the ever-popular Fresh Harvest Buffet.

2. Rockin’ wellness
Relaxation with a bit of music thrown in is available to guests who visit the expansive Rock Spa & Salon. It has 31 treatment rooms; a full-service salon including manicures, pedicures, and makeup; barber and hair services; and a spa juice bar. The Body Rock Fitness Center is open 24/7 and there is an indoor pool within the hotel.

4. More of the Rock music experience
Hard Rock’s signature The Sound of Your Stay program invites guests to integrate music into their visit in many ways. They can download curated music playlists, and have use of complimentary vinyl records and a Crosley turntable. For those who crave to be their own rock star, they can even request a Fender guitar with amp and headphones to play in their guest room.

Not to be missed is simply looking at the memorabilia, found throughout the hotel, from legendary artists that range from The Beatles to Bruce Springsteen, Cher and Beyoncé. Plus, it is fun to search for the guitars and picks built into the hotel’s designs, from the duvet covers to the employee name badges.

5. Convenient location
Guests can step outside the Hard Rock along Atlantic City’s Boardwalk, and straight ahead is the historic Steel Pier (founded in 1898, and now seemingly in the hotel’s backyard). Here, you’ll find 1,000 feet of old-fashioned Boardwalk fun. Whether you want to jump on or simply watch the faces of those who dare to try them, the more than 20 kiddie and extreme rides at the Steel Pier include The Wheel, an observation wheel and the Boardwalk’s newest addition. There are also traditional carnival games and foods to try. 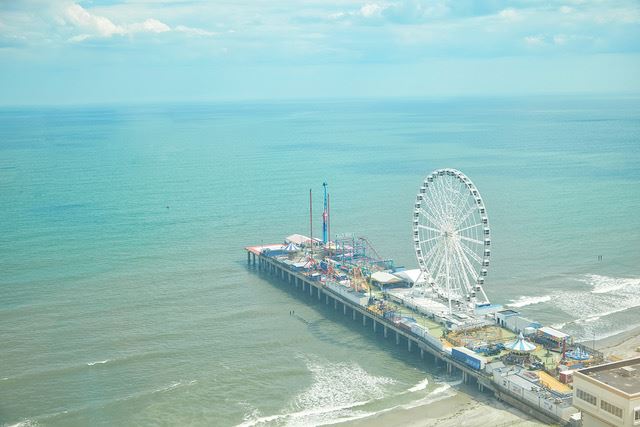 Beyond the Steel Pier lies the Hard Rock’s beach area, with complimentary towel, lounge chair and umbrella service available seasonally to guests. Walk further along the Boardwalk to explore more shops and fun, and if you keep going for about a mile, you can even walk to Tanger Outlets located a few blocks off the Boardwalk.