Norwegian Encore, the fourth and final ship in NCL’s Breakaway-Plus class, has officially emerged from the Meyer Werft shipyard in Papenberg, Germany, as it readies for its November debut in Miami.

The vessel will remain in Papenberg, where it awaits the final touches before starting its journey to North America at the end of September.

“To see the ship emerge from the shipyard is always one of the most exciting construction milestones,” said Andy Stuart, president and chief executive officer of Norwegian Cruise Line.

The ship will sail with many Norwegian’s signature features, including a 1,100-foot race track, a laser tag area, and the 10,000-square-foot Galaxy Pavillon (which will host the ship’s escape room).

It will also be the first Norwegian ship to have the Broadway musical “Kinky Boots” in its entertainment lineup, and it will feature “The Choir of Man” and a Beatles cover band in the ship’s Cavern Club.

When it officially debuts, Encore will sail seven-day Eastern Caribbean itineraries from Miami, with the first sailing kicking off Nov. 24. Starting in April 2020, the ship will then move to New York, where it will sail Canada and New England itineraries before heading back to Miami in December 2020. It will make its West Coast debut the following Spring, sailing Alaska itineraries out of Seattle. 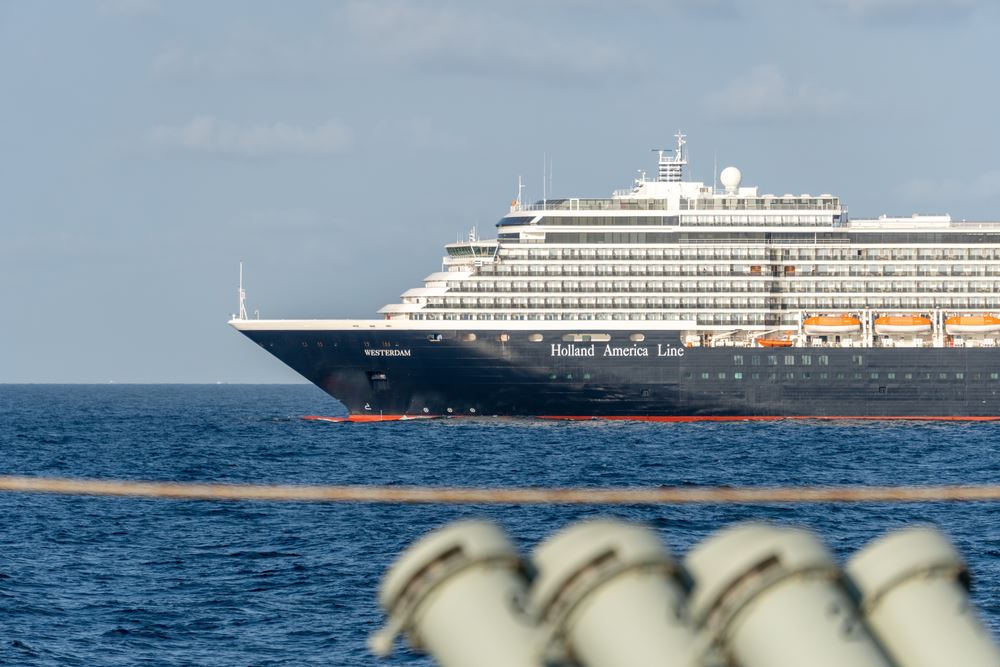