Officials were on deck Friday for the ribbon-cutting ceremony of Baha Mar, officially opening the long-delayed beach resort in the Bahamas. 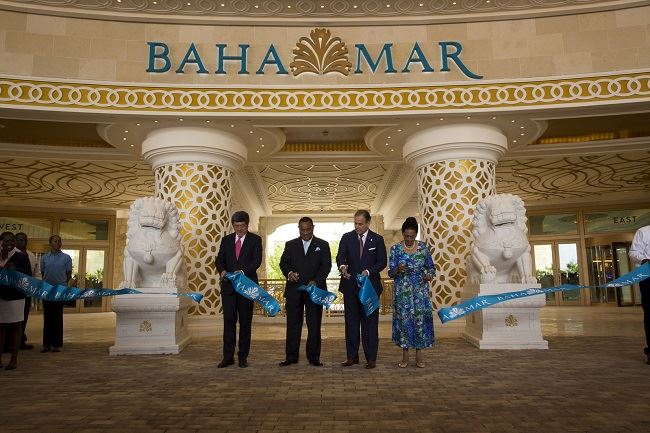 Once fully opened next year, the resort also will include a 300-room SLS Lux hotel near its eastern end and a 200-room Rosewood property.

Hong Kong-based Chow Tai Fook Enterprises acquired the resort late last year, investing about $200 million. It was originally scheduled to open in 2015, but was delayed due to conflicts between the first developer and the Bahamian and Chinese governments.