After a record 2019, there is even more to come from the cruise industry in 2020, including some of the largest ships ever built. Here is what’s to come on both the rivers and oceans in the new year. 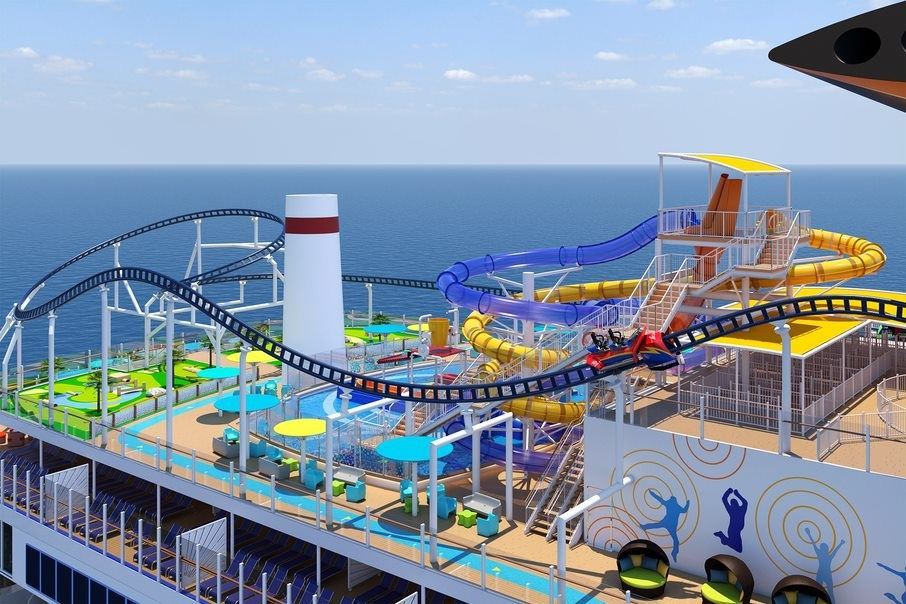 The ship pays homage to the brand’s original and beloved “Fun Ship” from 1972, with a bright red-white-and-blue color scheme on its hull, but with features that are much more present than past, including the first roller coaster at sea, a cruise-ship version of Family Feud, the Ultimate Playground, and a brand-new restaurant from Emeril Lagasse.

Mardi Gras' debut has been delayed because of issues at the Meyer Turku shipyard in Finland.

With this new schedule, Carnival will now take delivery of the ship in late October with its opening sailings, which were scheduled to start on Aug. 31, 2020, pushed back until the month after. 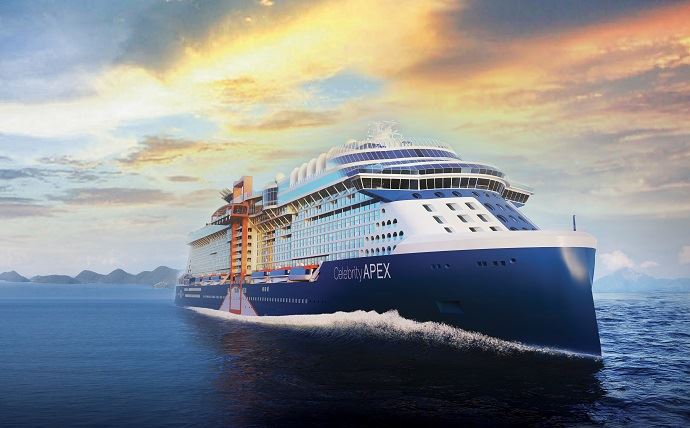 Celebrity Cruises
Celebrity Apex, the second ship in Celebrity Cruises’ Edge series, after Celebrity Edge, will debut out of Southampton, England, in April 2020. The ship will join the line’s five other ships in Europe next year, giving the brand its most expansive European season ever.

The vessel will debut with many of the features that Celebrity showcased when Edge was launched last year, including 29 dining venues, Infinite Verandah staterooms, and outdoor plunge pools.

Celebrity Apex’s schedule will include calls to the Norwegian Fjords, Spain, and Portugal; as well as a new, 10-night “Capital Cities Cruise” itinerary with calls in Amsterdam, Copenhagen, Oslo, and Paris, as well as stops in Lisbon and Valletta. 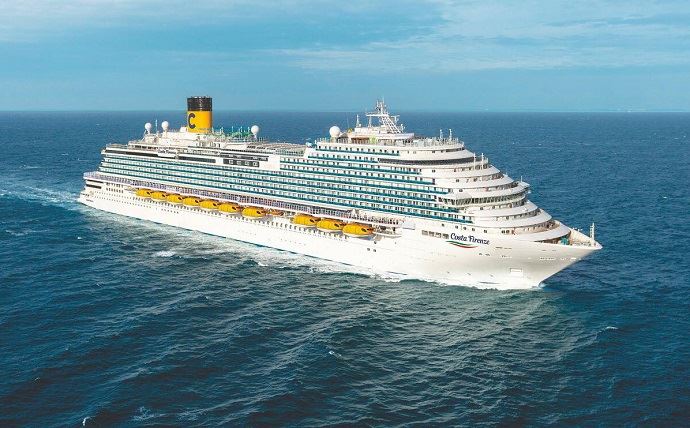 The ship, a sister ship to Costa Venezia, will be the second Costa ship, after Venezia, specifically designed for the Chinese market. It will be able to sail 5,200 guests. The ship is inspired by Florence, with Costa’s class Italian aesthetic featured onboard.

It will first sail from Trieste to Savona on Oct. 1 on a repositioning sailing. Eventually it will sail to China on a 51-day itinerary from Savona on Nov. 2 to Hong Kong, where it will arrive on Dec. 22. 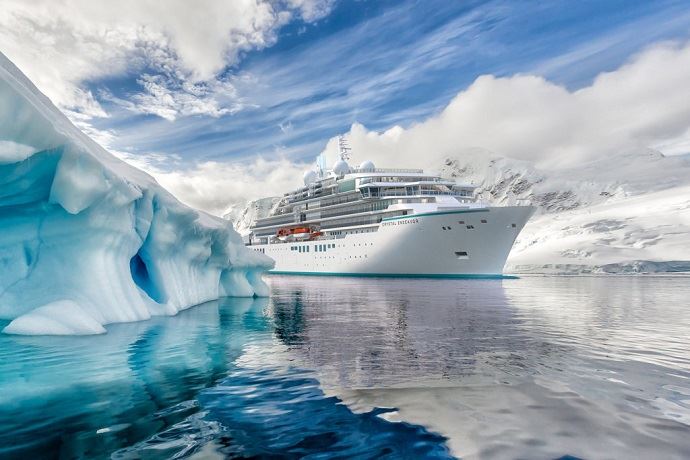 The ship will feature 100 all-balcony suites, all of which will debut with king-sized beds, flat-screen TVs, walk-in closets, heated storage and floors, and more.

Endeavor will also boast six different dining outlets and a full room-service menu along with a Crystal Life spa, a two-story solarium, two helicopters, a submarine, and an aft marina onboard. 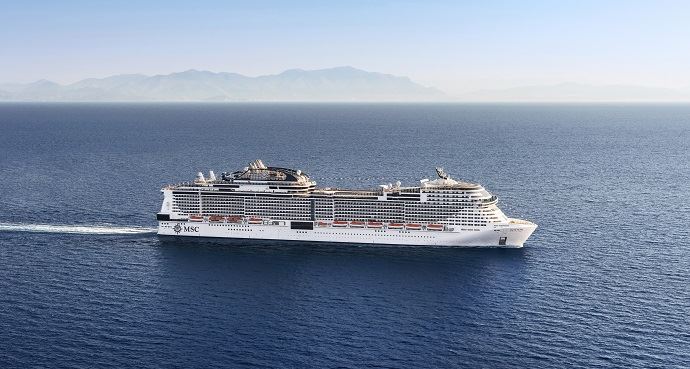 MSC Cruises
MSC Virtuosa, the second of MSC’s Meraviglia-Plus class of ships, after MSC Grandiosa, is scheduled to debut in November 2020.

The ship will offer two new Cirque du Soleil at Sea shows, the latest in MSC’s “MSC for Me” digital program that includes its new digital cruise assistant, and an extended shopping area in its promenade. 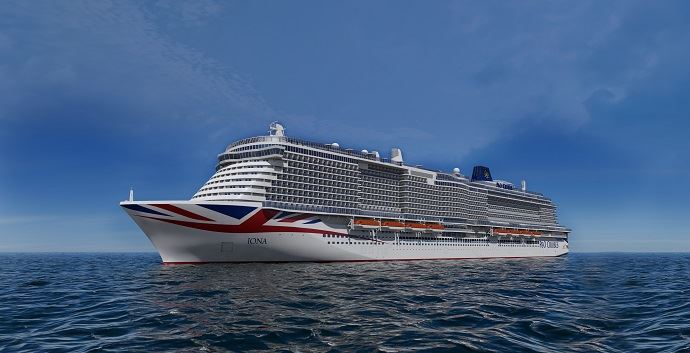 It will feature eight specialty restaurants, 12 bars, four pools, and a glass-encased entertainment space called SkyDome. It will also be the first British market ship to be powered by LNG.

A sister ship to Iona is expected to enter service in 2020, as well. 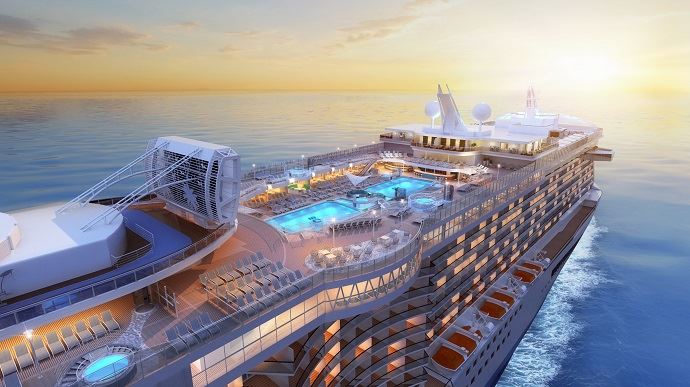 Princess’ fifth Royal-class ship is scheduled to start sailing in June 2020 and will enter service with the brand’s largest private balconies called Sky Suites, which will give guests a view of the ship’s Movies Under the Stars Screen. It will include many of the features from Sky Princess, including being outfitted with all of the MedallionClass conveniences.

Enchanted Princess will be christened in Southampton before sailing the inaugural season in the Mediterranean, and then the vessel will head to Ft. Lauderdale in November 2020. 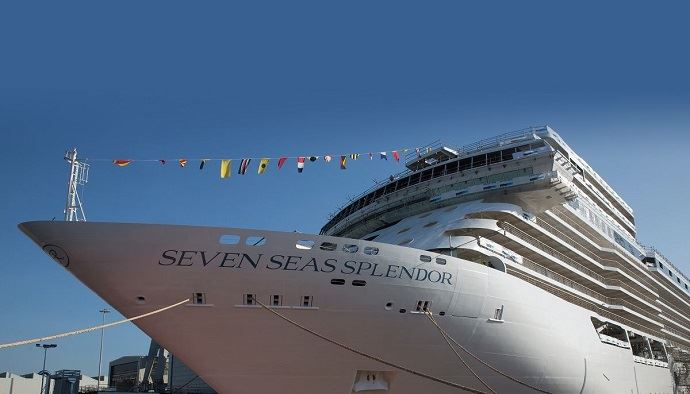 Regent Seven Seas
Seven Seas Splendor, the second ship in Regent’s Explore Class, is scheduled to make its debut in February 2020. The vessel will be a sister ship to Seven Seas Explorer, a ship that is often referred to as the most luxurious ship ever built.

Splendor will debut with eye-popping luxury touches, with 15 different suite categories and more than 46,000 square feet of Italian marble onboard, including the marble-detailed bathrooms in each of its 375 guest suites; and 500 crystal chandeliers illuminating the ship's interior. Each balcony space per suite will average 138 square feet.

Elsewhere, the ship’s Observation Lounge, inspired by an English garden, will incorporate a light and airy color palette. A chandelier comprised of hand-painted porcelain flowers, peonies and roses, is the centerpiece. Specially commissioned art by Gorman Studios incorporates hand-painted English roses and flowers on glass screens to reflect the look of porcelain chandeliers. 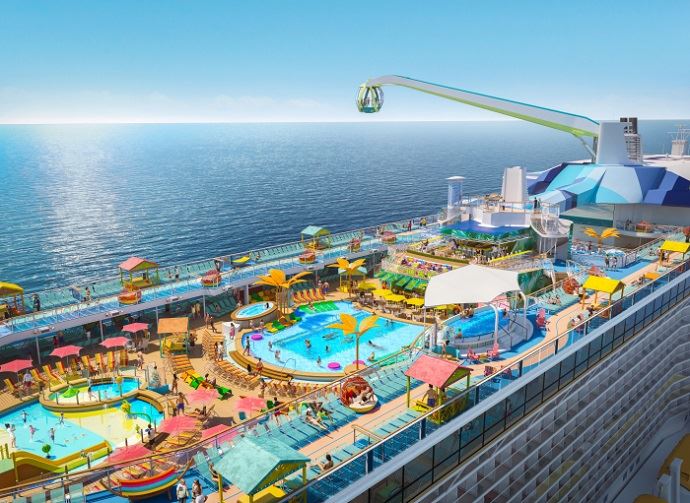 The top deck of Royal Caribbean's new Odssey of the Seas. Photo: Royal

Royal Caribbean
Odyssey of the Seas, the second in the cruise line’s Quantum Ultra-Class of ships and the first to sail from North America, is scheduled to debut in November 2020.

The ship will launch as a sister ship to Spectrum of the Seas and will have many of the same features, including a two-level pool deck; FlowRider, RipCord, and SkyPad on its top deck; and a number of different dining options, like El Loco Fresh, Teppanyaki, and Chop’s Grille.

Odyssey, according to the cruise line, “will represent the next evolution of Royal Caribbean’s groundbreaking and high-tech Quantum Class” that debuted in 2014 with Quantum of the Seas. Quantum was followed by Anthem of the Seas in 2015, and Ovation of the Seas in 2016, before Spectrum of the Seas launched Royal’s Quantum Ultra class earlier this year.

Odyssey, which will debut as the line’s 27th ship, will homeport in Fort Lauderdale starting in November 2020, sailing eight- and six-night Caribbean itineraries. Those sailings will also mark the first time a Quantum Ultra Class ship calls on Aruba and Curacao, which Odyssey will do during its eight-night Caribbean sailings. 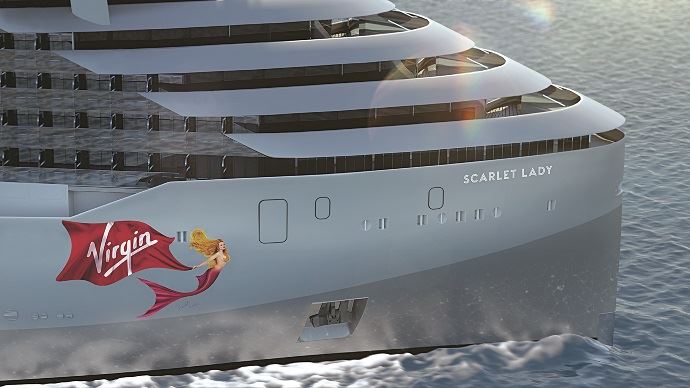 Virgin Voyages
After announcing initial plans in 2017, Virgin Voyages will finally get Scarlet Lady, the first of four ships coming from the new adults-only cruise line, on the water in 2020. The ship is scheduled to debut in April, 2020, out of Miami to the Caribbean, hosting more than 2,770 sailors.

Scarlet Lady will feature 20-plus eateries with no surcharges, 78 suites with eight different styles, access to a personal assistant that Virgin has dubbed a “Rockstar Coordinator,” the first tattoo studio at sea, an original craft beer, Virgin’s on-demand champagne delivery service, and much more.

Next year will also mark the debut of another first for Virgin: Beach Club at Bimini, a private retreat for its cruise guests. The Mediterranean-inspired port will allow its guest to spend the day lounging at the beach and the night dancing to world-renowned DJs like Mark Ronson, who will be the first DJ in residence.